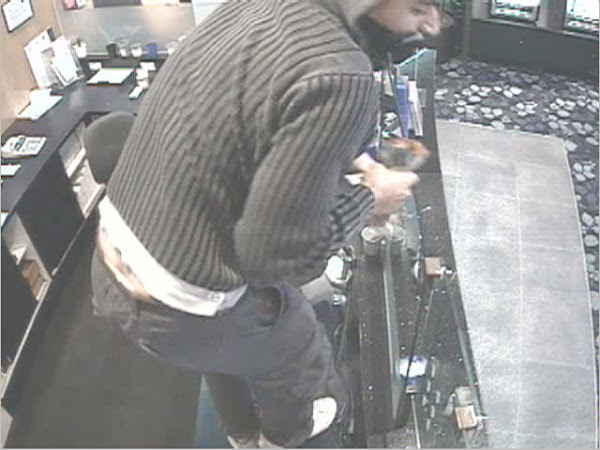 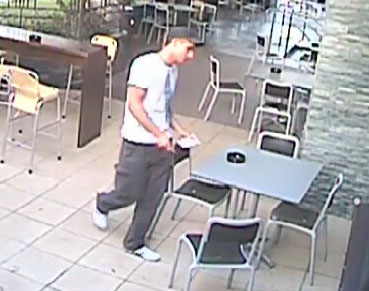 ACT Policing has received information the man responsible for the aggravated robbery at the Southern Cross Club in Macquarie (Thursday, March 29) was also involved in thefts at three Canberra clubs.

The thefts occurred at the Canberra Southern Cross Club in Phillip, the Mawson Club and the Ainslie Football Club at different times over the last month.

Around 3am Monday, March 5 a man entered the Canberra Southern Cross Club in Phillip. He climbed over the glass barrier and removed a large sum of money from the till.

On Friday, March 30 police were called to the report of a theft at the Mawson Club where the offender stole a small amount of cash from the till.

Around 2.10am on Wednesday, April 4 police attended the Ainslie Football Club in response to a robbery where a man entered the cash box and took a large sum of cash.

The man is described as being of Mediterranean/Middle Eastern appearance, 5’9 (175cm) tall, slim build.

Police are urging anyone who recognises the man in the CCTV image to contact Crime Stoppers on 1800 333 000, or via www.act.crimestoppers.com.au. Information can be provided anonymously.

Very brazen. Not really the sort of crime spree which is sustainable, unless he is from out of town, or the nose really is fake.

Don’t you need to show your card / sign in at these clubs?

I’ve been to the Mawson club a number of times when there hasn’t been anyone on the door. Just walked straight through.

Couldn’t a duress alarm disable the front doors from opening or something. Pretty brazen.

Would you want to work in an establishment where the bloke who just robbed you is locked in with you?

Don’t you need to show your card / sign in at these clubs?

Couldn’t a duress alarm disable the front doors from opening or something. Pretty brazen.

My god! Look at the honker on that fellow!

Clearly he is wearing prosthesis to put the police off the scent.

My god! Look at the honker on that fellow! With a nose like that i am sure that he will be easy to find as long as you stay upwind of him. His mother must have thought he had a winged keel when she gave birth to him.

We should call him Yacht-head.

Phạm Quới-Chi - 30 minutes ago
We spotted not just one , but three black cockatoos in Isabella Plains 😍 View
David Ironside - 4 hours ago
Tracey Ironside yes there a few around Fadden recently View
Sandy Gibbs - 4 hours ago
Kathy Little Suzy Obsivac these are the ones we saw on our walk today. Timely article!... View
Opinion 8

David Jackson - 1 hour ago
This is what happens when the loonies are running the asylum! Seriously it’s a correctional centre or prison. What a waste... View
Mark Huppert - 2 hours ago
If elected, the Libs will still have to operate prisons, maintain roads, pay police, maintain hospitals etc etc. Plus they wa... View
Darcy Ryan - 2 hours ago
Chairman Barr needs to go. View
Property 40

Jp Romano - 2 hours ago
Margaret Welsh move somewhere backwards. Apartments are the future. View
Margaret Welsh - 4 hours ago
Yes, and I'm not a Liberal voter these days. I hate the number of apartments. When we downsize we'll be moving out of the ACT... View
watto23 - 7 hours ago
So why can't the liberals provide a solution to this problem. They are very good at pointing out everything Labor does wrong,... View
Opinion 1

Jeremy Calero - 8 hours ago
Kaitlyn nothing will stop it lol View
O L - 9 hours ago
Wonder what that means for rental longer term? Probably go up after covid to match increase in housing values View
Community 12