Seven things to do around Canberra this weekend (20–22 January) 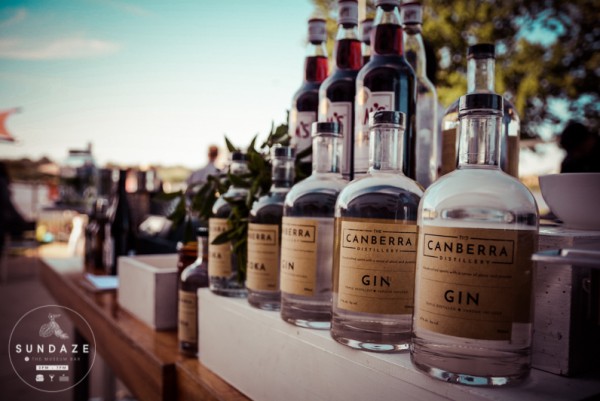 Plenty of national institutions are keeping their doors open late over the weekend, and providing an idyllic setting to have a drink and listen to some live music. You could unwind after work Friday at either the National Arboretum or the National Portrait Gallery, and enjoy a lazy Sunday afternoon lakeside at the National Museum of Australia. If you’re looking to start your weekend early, head to the Transit Bar tonight to catch a great line-up of Canberra bands — The Lowlands, Wandering Ghosts and Guyy. Doors open at 8pm, free entry. 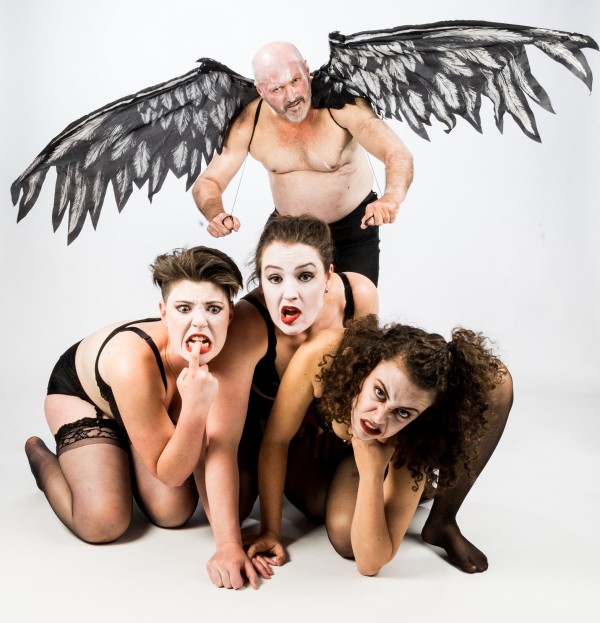 Shadow House Party
When: Thurs, Fri & Sat, 7 for 7.30pm
Where: The Courtyard Studio, Canberra Theatre Centre
Part-theatre show, part-dance party, Shadow House Party features the original work of three local theatre companies: KREWD, Shadow House PITS and Acoustic Theatre Troupe. It starts with a performance art piece created by Bambi Valentine. Next up is a theatre piece created by Joe Woodward which features an absurd, darkly humorous philosopher sitting in a bathtub. And finally a show created by Lucy Matthews which is rearrangement of Shakespeare’s Hamlet, casting Ophelia as the central character. Matthews has used Shakespeare’s original text, albeit with much cut-out, to tell Ophelia’s story and for good measure has added a punk-rock score to go with it. When the theatre shows are finished, the dance party begins. For more information and to purchase tickets go to the Canberra Theatre’s site, also check out our interviews with Joe Woodward and Lucy Matthews here.

GIO Summer Down Under International Track Meet
When: Fri & Sat, 5.30–8pm
Where: Australian Institute of Sport Athletics Track, Leverrier St, Bruce
The Summer Down Under Wheelchair Racing Series is the highest profile wheelchair sporting event in Australia. The Canberra International Track Meet is part of this series and comprises of two evenings of wheelchair racing at the AIS Athletics Track. It will feature some of the world’s top wheelchair athletes and is a free, family friendly event.

Arboretum after Hours
When: Friday, 4.30–8.30pm
Where: The National Arboretum, music playing on the northern deck
Kick back, have a drink and listen to some live music at the National Arboretum. From 4.30–6.30pm, Craig and Carly will be playing tunes from the ’60s, ’70s and ’80s on the Arboretum’s northern deck. You could then enjoy an evening stroll through the forests which, along with the Pod Playground, will be open until 8.30pm.

Creatures of the Night
When: Fri, 5–8pm
Where: The National Portrait Gallery
The National Portrait Gallery is also keeping its doors open late this Friday and setting up a bar to help you unwind. Drag princess Tammy Paks will be there to provide entertainment along with burlesque artists, fire twirlers and Miss Kitka’s models. Jazz, funk outfit the Josh Knoop Trio will provide the music. You can also view the Gallery’s exhibitions including a highlights tour of The Popular Pet Show at 7pm (exhibition ticket required). 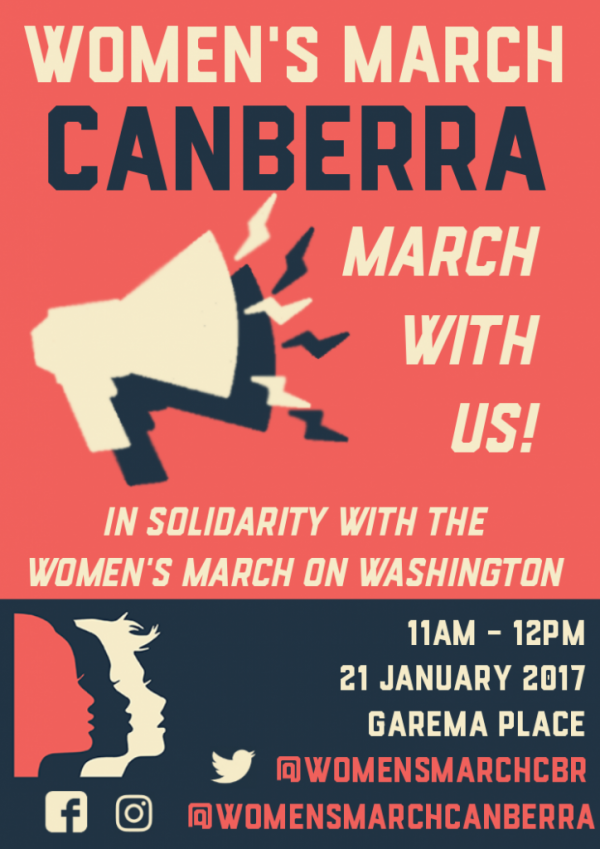 Women’s March Canberra
When: Sat, 11am–12pm
Where: Garema Place, city
You could mark the inauguration of President Trump by joining the Women’s March on Canberra. This march is being held in conjunction with marches in Sydney and Melbourne and in solidarity with the Women’s March on Washington. The aim of the march is to remind the community of the ongoing need to protect women’s rights and promote ways to improve women’s health and safety. Everybody is welcome to join in. See the march’s Facebook page for more details. 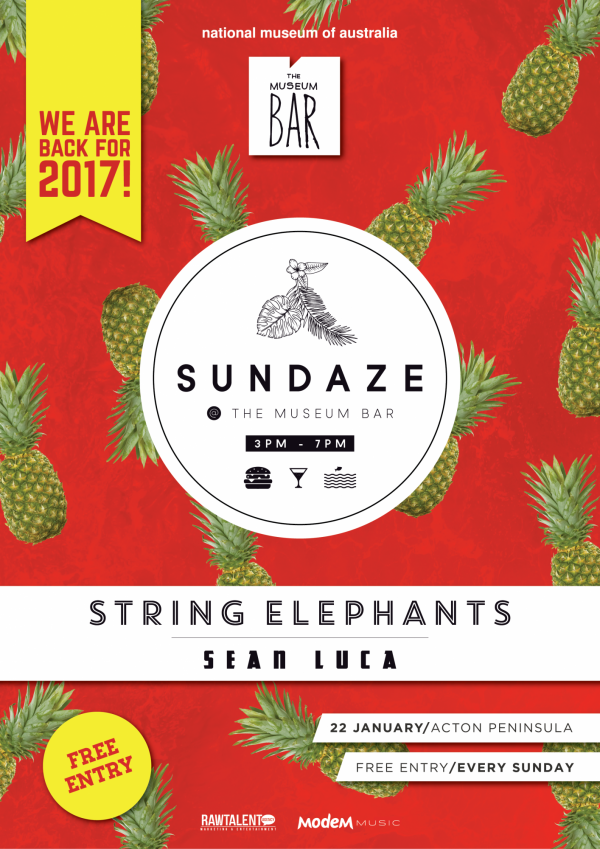 Sundaze at the Museum Bar
When: Sun, 3–7pm
Where: Lakeside deck of National Museum of Australia
Squeeze the last out of your weekend with food, drink and music on the lakeside deck of the National Museum of Australia. Starting at 3pm, this event will feature indie pop four piece, String Elephants, DJ Sean Luca and gin and tonics made with The Canberra Distillery’s gin. And, if you haven’t seen the Museum’s exhibition A History of the World in 100 Objects, this is a great opportunity to see it before it closes on the 29th January. The Museum is extending opening hours to the exhibition until 7pm on Sundays. Buy your exhibition ticket here.

Do you know of another event you would recommend? Please let us know in the comments below.

Jodie McAlister - 2 minutes ago
Pure Gold! View
Lindi Loo - 3 hours ago
Are these two 'paid actors'? If not, they should be! Brilliant 😂👏... View
Emily O'Shea - 3 hours ago
Jen O'Shea watch the video in this View
Opinion 10

Sebastian Macri - 19 minutes ago
Wondering what that may achieve. Covid is here and not going away... View
Sarah Emmerson - 30 minutes ago
Shane Jasprizza that’s exactly my point too! View
chewy14 - 56 minutes ago
Even though I don't agree with the proposal, your example it not close to being a good comparison. You eating yourself to dea... View
News 1

Sam Oak - 29 minutes ago
What about the hazards these birds create for motorists. Hope the driver is okay and the damage to his car was covered by ins... View
Sport 133

Eric Tenthorey - 37 minutes ago
Alan Vogt interesting...in Montreal at mt rigaud you had to pay to access the trails...no lifts. View
Alan Vogt - 1 hour ago
I have travelled and raced at a good number of mountain bike destinations in British Columbia (including Squamish, Whistler,... View
Jim Reid - 3 hours ago
ACT Govt doesn’t need any more $$ they’re literally the worst financial managers and they wouldn’t be transparent as to... View
Opinion 19

chewy14 - 47 minutes ago
4 ACT senators? I must have missed that change, haha. Although I agree with you about the base politics and disingenuous argu... View
Acton - 3 hours ago
Zed is only one of 4 ACT senators so why don't one of the others sponsor a bill? It can't just be the fault of the Morrison L... View
News 42

Renea Hazel - 60 minutes ago
Judith Devitt he is an excellent school principal, this is disappointing :( View
Kieran Angus - 2 hours ago
Rade Kosa yeah and? We get boosters of a bunch of vaccinations? Tetanus is a good example. View
Rade Kosa - 2 hours ago
Kieran Angus one word boosters. 😉 View
Lifestyle 10

@the_riotact @The_RiotACT
The ACT Property Council and @MBA_Canberra are concerned that the Territory's #construction sector - which they say could lead the economic recovery after lockdown - is suffering from a loss of skilled #workers to Melbourne and Sydney https://t.co/VM8wwQwYsS (50 minutes ago)