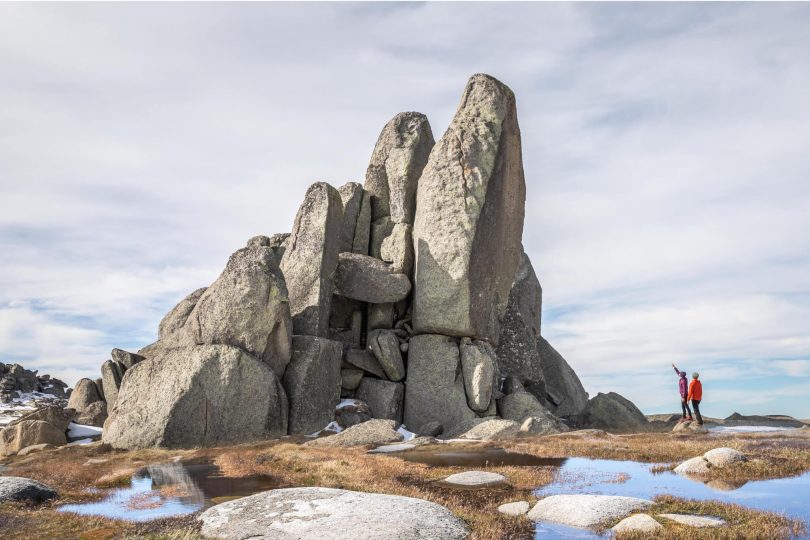 The Canberra International Music Festival will feature a unique multi-media concert that will take audiences on a journey through the diverse landscape along the Bundian way – the ancient pathway trod by First Nations peoples from the mountains to the sea.

The performance will include video, stills and audio from sections of the Way accompanying new works from Award-winning composer/musician Damian Barbeler and First Nations artists Kate Neal, Brenda Gifford and Eric Avery.

The man who wrote the book on the Bundian Way, John Blay, will read excerpts from On Track, his definitive work which tells of his long-distance search for the pathway that provided safe passage for the peoples who travelled between the South Coast and the high country.

Barbeler, who instigated and pitched the project to the Festival, draws inspiration from the landscape for many of his works. The idea of the Bundian Way kept recurring in conversations, particularly as southeast NSW was a familiar tramping ground.

He sought out Blay, who helped him get to know more of the Indigenous significance of the area, and asked him to be involved.

Barbeler has selected the more poetic excerpts from On Track, describing six diverse locations along the trail. 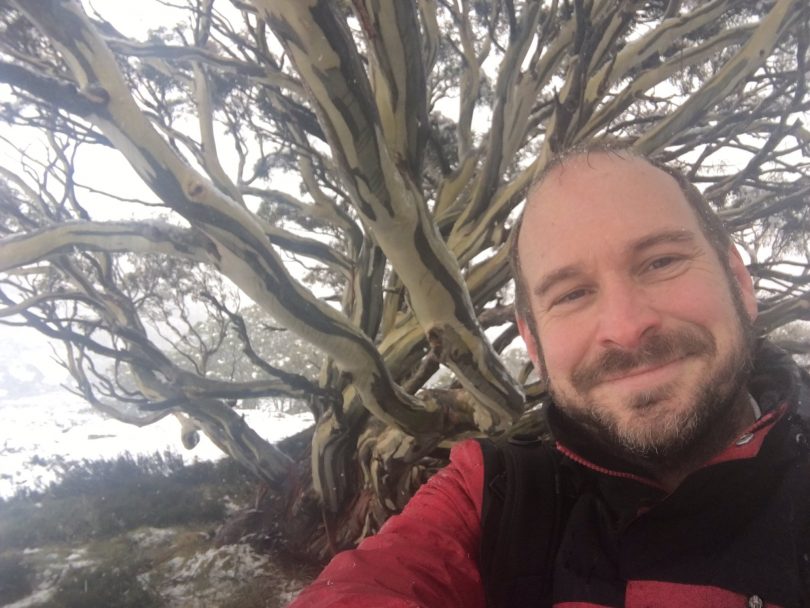 Unlike some composers, Barbeler prefers to immerse himself in the landscape, going into the bush, camping and taking photographs to fully experience what the land has to offer.

Big screens on either side of the performers will show videos and stills taken by Barbeler as he explored the incredibly contrasting environments of the Bundian Way.

Written for violin, double bass, percussion and clarinet, the work Scenes from the Bundian Way evokes the textures of the landscape, says Barbeler.

“The sounds of the instruments are more like an extension of the textures and colours of the landscape,” he says.

The sounds of the bush, including bird calls, provide a natural background canvas to the music.

Barbeler mentions how Blay writes about the track singing to you in his book and his own experiences confirm that. He describes his approach to the Bundian Pass, a crucial spot in the renewed way to get through the coastal ranges.

“Walking out there, I found myself singing this melody as I walked up to that pass and I actually happened to record it, wrote it down and that does appear in the show,” he says.

“All these mysterious things happen when you’re out there. It’s really a very strange landscape at times.”

Barbeler says not everything needs to be explained; they are ‘part of the wonderful, rich experience that you get when you just go out for a walk’, and he hopes the show encourages others to do the same. 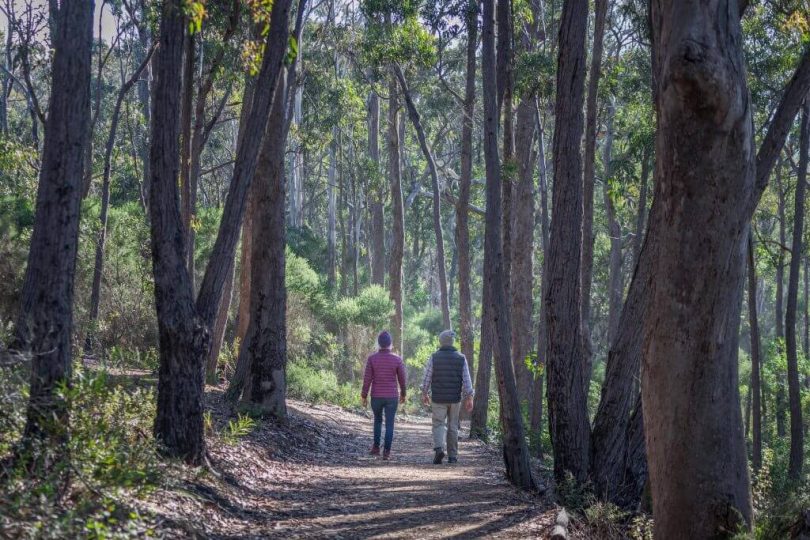 He says this work is one of his most significant because of the Bundian Way’s importance, and he felt a great responsibility to do the right thing by Blay and the generous Indigenous elders he has met.

Blay says the Bundian Way now has heritage listing and NSW Government backing and hopes that its different sections will be connected to provide an open, accessible internationally recognised walking track.

When Barbeler approached him about the idea for a musical suite it made sense.

“I thought it was a good idea because the flow of the country between the high country and down here [on the coast] is in many ways a musical statement,” he says.

He says the Bundian Way is but one of many Indigenous pathways that were used but many of these no longer exist.

“It’s an acknowledgement of the people and the prior history and the price of civilisation.”

The Bundian Way concert will be performed at the Kambri Cultural Centre, ANU, at 2:30 pm on 7 May and 11 am on 8 May. To learn more visit the CIMF website 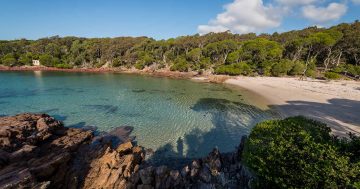