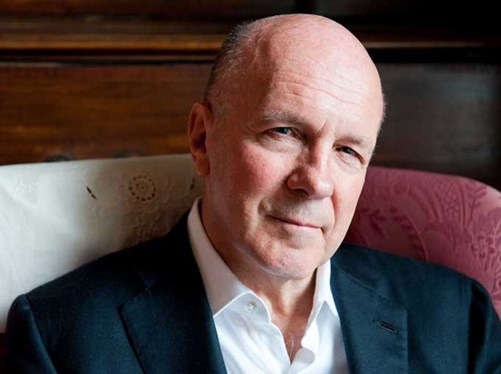 Expelled from school for blowing up the science laboratories, he joined a six-man sledding expedition to the East Greenland ice-cap and worked as a geologist in Uganda before deciding to become a journalist.

He was imprisoned in Tierra del Fuego during the Falklands War, he’s been a China correspondent and more recently, Winchester has written a slew of best sellers like The Surgeon of Crowthorne: A Tale of Murder, Madness and the Making of the Oxford English Dictionary and Krakatoa: The Day the World Exploded (on the 1883 eruption of Krakatoa).

And this August, you’ll be hearing him here in Canberra as part of a truly dazzling line-up for the Canberra Writers Festival, partnering with Region Media.

The fourth Canberra Writers Festival, 21-25 August program has been launched, with what organisers are describing as a stellar, dazzling line-up of 160 local, national and international authors.

“We are all about telling Canberra stories and celebrating the storytelling power of the Capital Region,” he says. “I’m excited to note leading Canberra thinkers and writers like Paul Daley, Marion Halligan, Nigel Featherstone, Patrick Mullins, Kathryn Hind and Karen Viggers on the program.”

The Writer’s Festival theme is Power, Politics, Passion, a neat fit with the obsessions of many Canberrans and one that enables the program to examine everything from patriotism, plastic, mathematics, murder, meat, the bush, the brain, the media and the environment, history, romance, and of course a generous dose of politics.

There are close to 80 different events on the calendar and guests are a mix of writers, journalists, intellectuals and raconteurs, according to Writer’s Festival director Paul Donohoe. Media power gets a run, as does the Catholic Church as the Festival examines the decline of trusted institutions.

Beloved Australian cook, educator, author and food campaigner Stephanie Alexander kicks off the festival at the National Museum, delving into Australians’ love of food and her Kitchen Garden Foundation, while guests feast from her specially prepared menu.

The National Press Club is a natural venue for a live episode of the ABC’s Insiders, hosted by Fran Kelly, with a panel of political pundits raking over the aftermath of the ‘miracle’ federal election. And Bob Brown hosts a conversation with Peter Valentine about his book World Heritage Sites of Australia, a celebration of the exceptional contribution Australian sites makes to humanity’s collective legacy.

Paul Donohoe predicts that the 2019 festival will easily surpass last year’s 22 sell-out sessions and 50 per cent increase in audience.

Best to get in quickly for your tickets, then. They can be purchased here.

Sarah Jane - 9 minutes ago
Shannon a day trip? View
Maya123 - 4 hours ago
Some gorgeous things there, but there are only so many cushions, vases, etc, you can have, before it becomes clutter. View
Rowan Bergin - 4 hours ago
I went back there last Wednesday and bought a ring for my daughter s birthday View
News 24