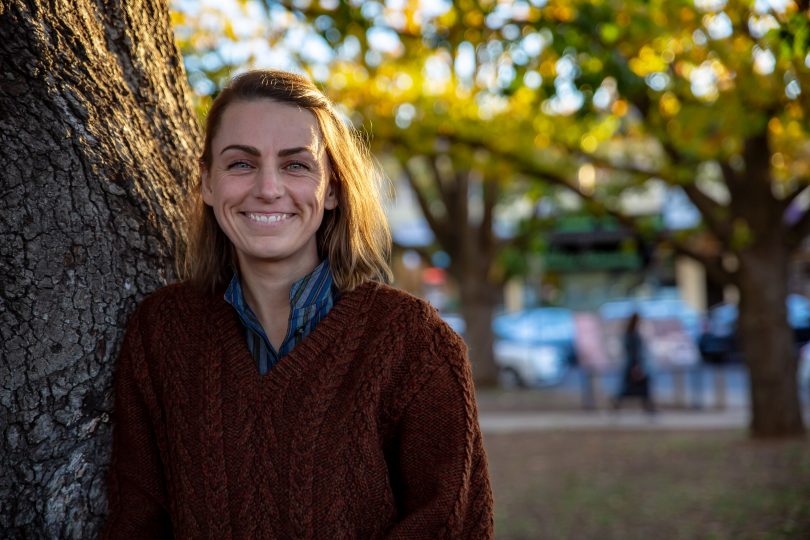 Kathryn Hind started her debut novel with just an image of a woman and a dog alongside a quiet highway. Photo: George Tsotsos.

A dusty character standing on the hot, dry and lonely Stuart Highway in Australia is a long way from an apartment in Bristol under a cloudy English sky, but that is where Canberra author Kathryn Hind found herself.

While studying her masters in creative writing in the UK in 2013, Kathryn began the journey of writing a novel about a 20-something-year-old Amelia hitchhiking from one end of the country to the other.

Both Amelia and Kathryn had no fixed destination and had no idea where the journey would take them, but both women stuck out their thumbs to see who would help them along their pilgrimage.

“I was working in Canberra and I had a job that I was enjoying but I wanted to have a proper crack at writing and I thought if I moved overseas I could put writing at the centre of my life,” Kathryn shared.

“I knew I wanted to produce a novel but I avoided starting it but it got to the stage where I had to begin. I sat down and this image of a woman and her dog on the side of the road hitchhiking came to me.

In a tale of grit and perseverance, Amelia flees her home town after being reminded of childhood trauma. Accompanied by her dog Lucy, Amelia encounters an array of Australian characters along the way – a young tradie, a mother and daughter and an uptight couple amongst a constant stream of people who rejected her raised thumb.

Left in the cloud of dust of those who would pass her by, the reader learns who Amelia really is and what she is running from, through her encounters with these strangers.

“Amelia is someone who does not divulge a lot, she is well-defended from herself and other people, she doesn’t want to think about how she feels or about memories that are affecting her,” Kathryn said.

“In that way, she avoided me as well and it was quite hard to get to know and to get under her skin. It took a lot of time and a lot of experimentation with different people picking her up to see what I could bring out of her based on her interaction with strangers.

“Eventually I knew enough about her but it took some time.”

Though Hitch is not autobiographical in any way, Kathryn admits she used her experience of moving through the world as a woman to inspire her character.

“When I was travelling alone, a lot of the tensions that I explore in the book where there, not just in hitchhiking but just as a woman moving through the world with the hypervigilance required,” she said.

“There were some parts that were very difficult for me to write. I was there myself by seeing it all in my head. I was walking these streets of a town with Amelia.

“Sometimes it took me dropping a pin in central Australia on Google maps and being immersed in the red sand for a while.”

Both characters were left in the dust on many occasions, with Kathryn’s debut novel receiving knockback after knockback from publishers, till she eventually entered and won the inaugural Penguin Literary Prize, resulting in the publication of the book that she dedicated her past six-and-a-half years to.

But even now as she settles back in her hometown to complete her PhD and embark on her second novel, Kathryn still feels the effect of that lonely traveller on Stuart Highway.

“With the book, there was a lot of rejection along the way so Amelia really helped change my relationship to writing,” she shared. “There was a point along the way that I had to decide if I would continue writing even if I didn’t get published.

“It was a difficult time but it helped me realised that I wanted to write no matter what.” 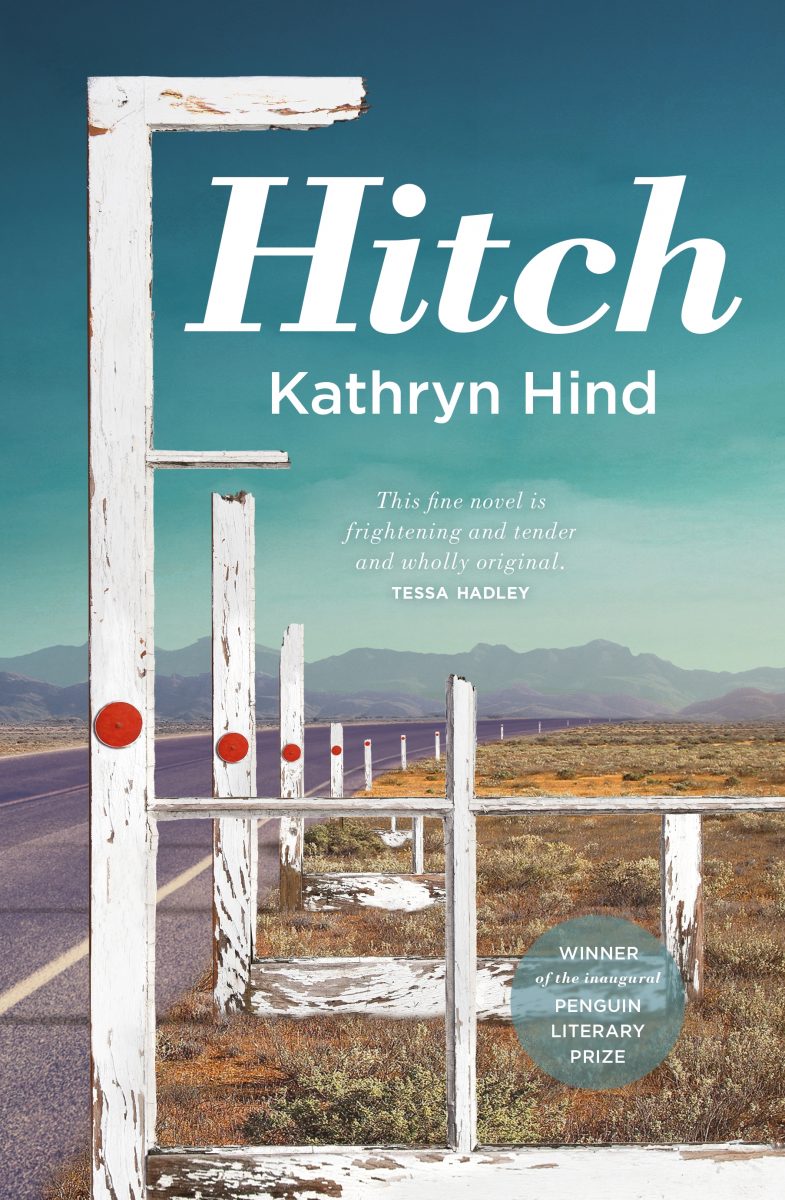 Hitch, by Kathryn Hind, is available in all bookstores.

Joshua Andrew Morgan - 47 minutes ago
Jayne Denise or just CAN the TRAM View
Jim Jim - 1 hour ago
Paula Simcocks I’m in Downer and I didn’t see the $150 rebate that was claimed to be for all and supposed to be listed on... View
Paula Simcocks - 3 hours ago
Liberals letterboxed Downer saying no rates cuts - we pay rates there and have cuts View
Property 7

Stephen Esdaile - 4 hours ago
Can't vote Liberal, not voting Labor or Green. Looking at what the progressive are offering.... View
Frank Koch - 6 hours ago
Phillip Business Community well said View
Martin Miller - 9 hours ago
Charny Barney no 'whackadoodle ideas here . He's just plain arrogant to those who disagree with him. There is no real consult... View
News 42

Jak Kanard - 7 hours ago
If this is true, and not compromised by the buffoonery masquerading as ‘government’ in the ACT, bring it on ! View
Emerson Yang - 9 hours ago
Jack Gabriel decent sale prices View
Opinion 1

How to maintain your NY resolutions past February and 2019