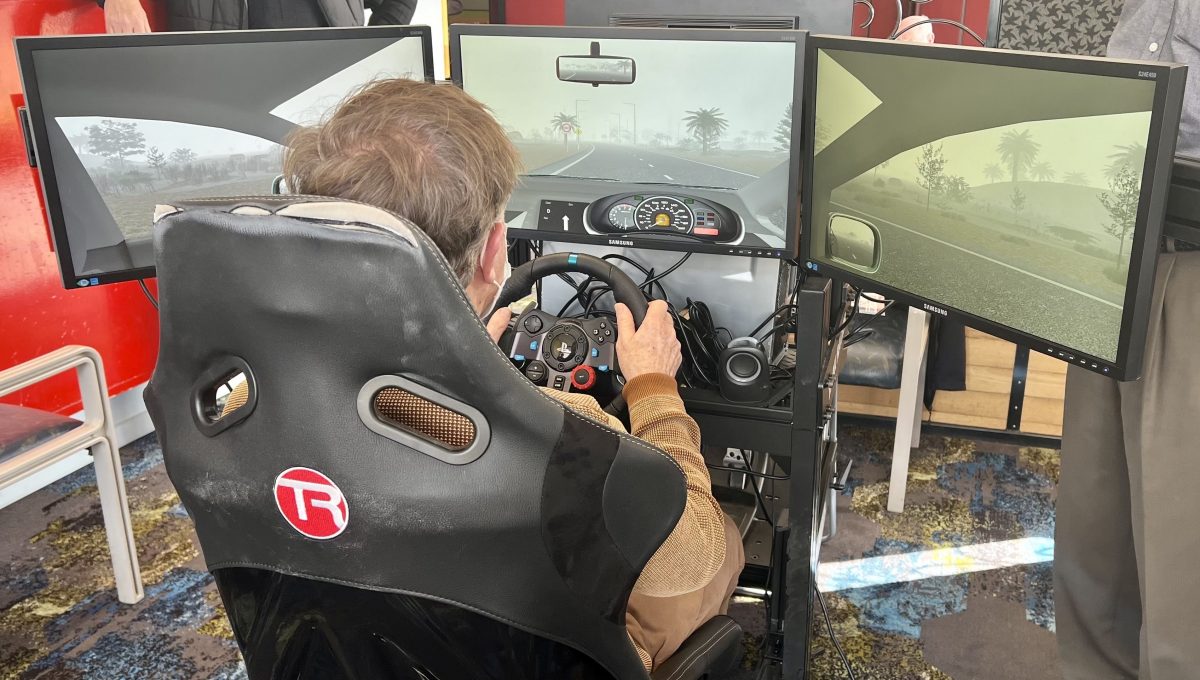 A driving simulator, the type wanted by the Rotary Club of Queanbeyan for training. Photo: James Coleman.

Donning a pair of foggy goggles and trying to walk straight around the room might provide a clue, but is there a more realistic way to teach young motorists about the dangers of too much alcohol?

The answer is yes, and this experience is precisely what the Rotary Club of Queanbeyan hopes to give the region’s high school students.

Rotary clubs from South East NSW were invited to a demonstration of a digital driving simulator in Queanbeyan last week.

A metal frame housing a computer, racing-style bucket seat, steering wheel, gear stick and pedals was set up in the Queanbeyan RSL Club. Taking the place of the windscreen and side windows were three large computer screens depicting CGI graphics of a typical urban street.

The $27,000 machine (including a dedicated trailer for transport) had its origins in the Rotary Club of North Orange. One of their members saw it in action elsewhere and realised its potential for training local school students. 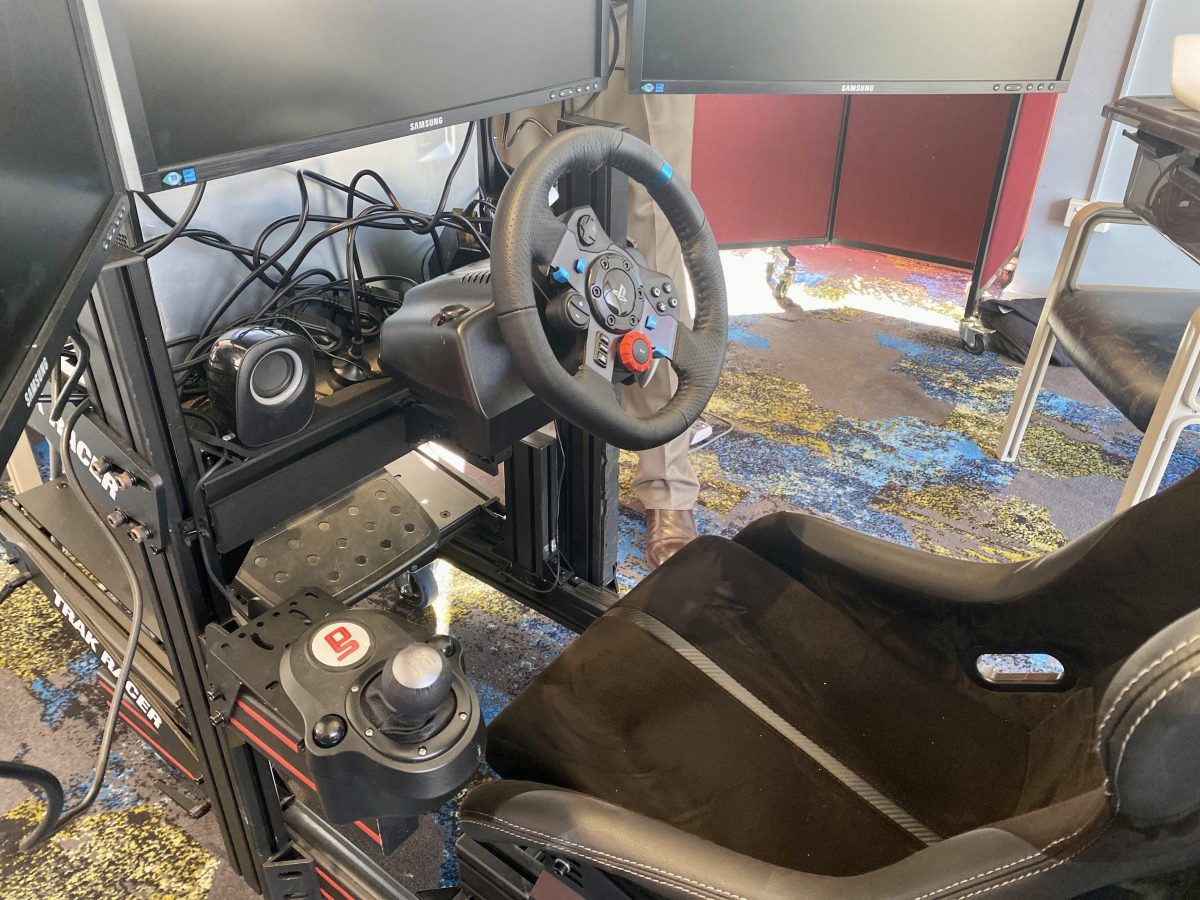 You might recognise a lot of the controls from the gaming world of Gran Turismo. Photo: James Coleman.

The club bought it secondhand in October 2021, thanks to $22,770 from the NSW Government’s Community Building Partnership grant program. COVID-19 meant they hadn’t been able to use it since then, but with the pandemic waning, committee chairman John McKenzie is now taking it to other clubs to show off its training potential.

“Our target audience is students who are either on their L-plates or have just started on their Ps, so we’re talking year 10 to 11,” John explains.

Not only does the simulator digitally recreate the whole driving experience, but two encoded scenarios also expose users to the effects of drink-driving and distraction from mobile phones – two of the major causes of death and injury on NSW roads.

“One student will start with one of the scenarios and the other will watch on, and so they both get to see what happens and get to experience one or the other scenario,” John says.

It all starts with a briefing of the controls and how to use them.

“We ask them to use a nine-to-three grip on the steering wheel rather than the other variations,” John says. 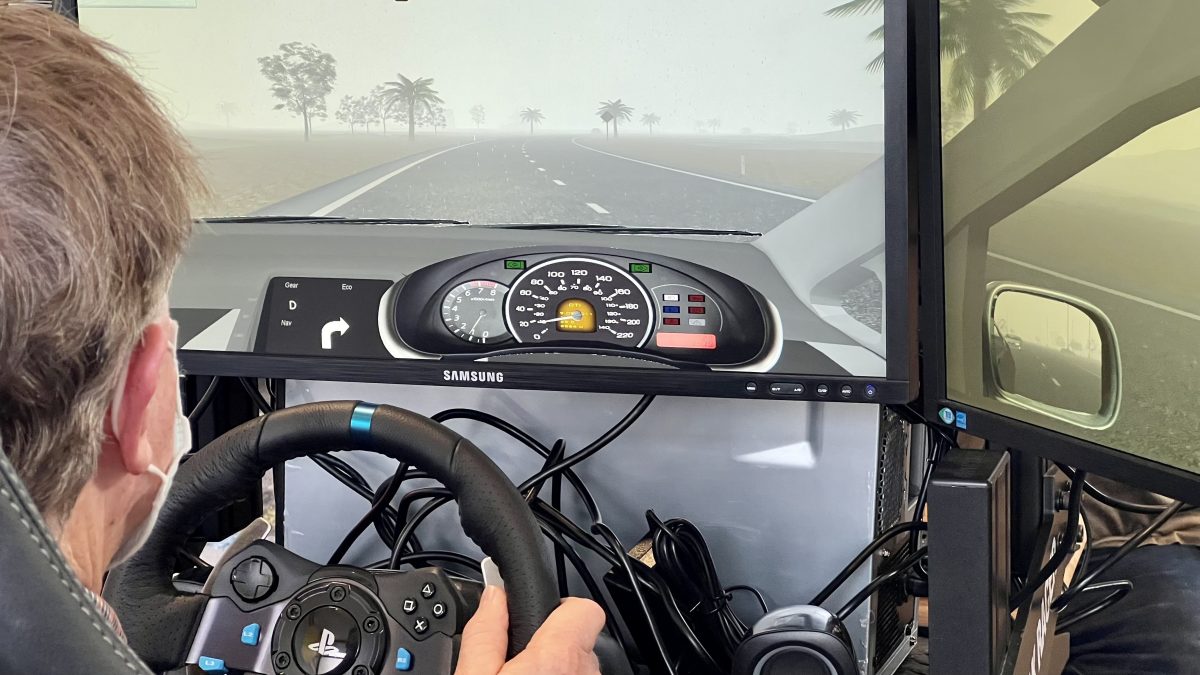 There might not be much feel through the steering wheel, but the graphics are on the money. Photo: James Coleman.

During the training itself, the students are asked to keep the car on the straight and narrow while adhering to road rules. Depending on the scenario, the reaction times of the controls will either be slowed, or the students will be asked to pick up a mobile phone and read out what they see on the screen.

At the end, the students receive a summary of how they went “to reinforce the type of messages we’re trying to get across”.

As for results, a recent Monash University study found that training on a digital driving simulator can reduce car accidents among teenagers by as much as one third. 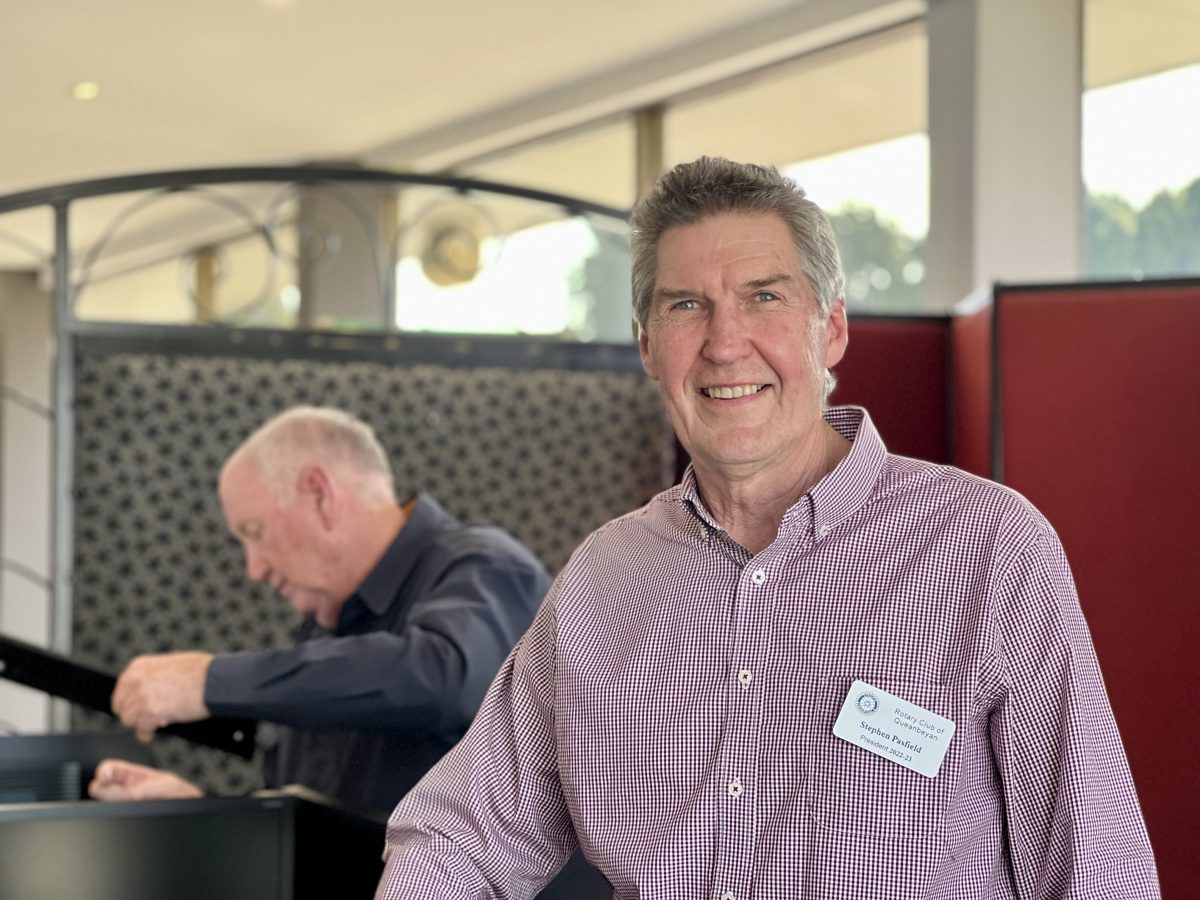 Members of the other Rotary clubs were invited to try it for themselves. Nationals Member for Monaro Nichole Overall also attended and had a go.

Queanbeyan Rotary Club president Steve Pasfield said they’re hoping to secure enough funding from either local government or the community to buy one for their own club.

“We’d take it to the local high schools in Queanbeyan, but also Bungendore and Jerrabomberra, and liaise with the Rotary Club of Canberra Burley Griffin to bring it into ACT schools too.”