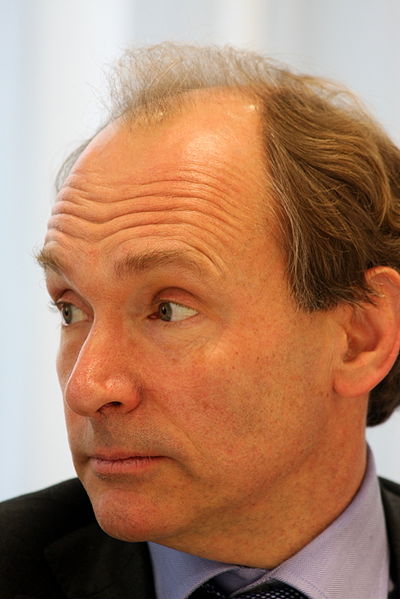 The linux.conf.au have announced the father of the internet is coming to town to speak at ANU.

Australia’s premier open source conference, linux.conf.au, are very proud to announce the fourth and final keynote speaker for 2013. Sir Tim Berners-Lee is best known for inventing the World Wide Web in the late 1980s, and is now the Director of the World Wide Web Consortium (W3C), which oversees web development around the world. Sir Tim Berners-Lee is appearing at linux.conf.au as part of his visit to Australia in January 2013, with support from a consortia of sponsors. The full details of the tour and sponsors are available at http://tbldownunder.org/

Sir Tim Berners-Lee was knighted in 2004 for his work on HTTP and the World Wide Web, and was elected as a foreign associate of the United States Academy of Sciences in 2009. He also holds the Founders Chair at MIT’s Computer Science and Artificial Intelligence Laboratory. This is Sir Tim Berners- Lee’s first visit to Australia, and his linux.conf.au keynote speech is set to be the only technical talk during his Down Under tour. This talk is a once-in-a-lifetime opportunity for Aussie geeks to see and hear the inventor of the web.

The keynote from Sir Tim Berners-Lee rounds out a full conference schedule, with other keynotes being given by fellow internet pioneer Radia Perlman, Chumby co-inventor Andrew ‘bunnie’ Huang, and Debian guru Bdale Garbee.

Tim Hough - 9 hours ago
That's some crazy conditions. I'd only find them borderline acceptable if we were guaranteed a Matildas match, but even then... View
Property 17

Tom Rilly - 13 hours ago
Why should the govt step in just because a developer stuffs up??? View
Lifestyle 31

dandelion - 13 hours ago
I tried Framing Master in Fyshwick based on some comments here, but can't recommend them. They offer little in the way of cus... View
Business 2

Capital Retro - 13 hours ago
"The last three weeks showed clearance rates of 89 per cent, 80 per cent and 70 per cent respectively, with the number of pro... View
News 44

Rob Thomas - 13 hours ago
Gabriel an Australian politician? Oh he probably is. View
Russell Nankervis - 15 hours ago
Lol a Liberal saying others are killing democracy. How ironic. View
Charlie Church - 16 hours ago
Sheridan New honestly would trade it for anything right now. View
News 4

HiddenDragon - 13 hours ago
It's reassuring to know that people who have experience in administering electoral laws are skeptical about the workability o... View
russianafroman - 14 hours ago
Well said. I wouldn't describe it as worrying, rather irrational and destined to be either abused or completely ignored/circu... View
russianafroman - 14 hours ago
Unless we're talking about something grounded in science it will be very hard to confirm that something is false or not. Even... View
News 9

Murray Emerton - 14 hours ago
Why can’t we get direct flights from Canberra to cairns. I would be on that!!!! View
News 14

chook58 - 15 hours ago
The RIOT article is more propaganda by the ACT Government. As a front-line protester and eye-witness there is nothing "humane... View
Community 1

Acton - 16 hours ago
From the above the eligibility is stated as being a permanent resident of the ACT and not in paid employment for more than 20... View
Property 1

@The_RiotACT @The_RiotACT
The Liberal and Labor candidates are neck and neck in Eden Monaro as the vote goes down to the wire and preferences run wild https://t.co/dG673PvvM6 (8 hours ago)

@The_RiotACT @The_RiotACT
Local jewellery designer Krystal Hurst is a proud Worimi woman who uses her creations to provide a sense of freedom and to connect with her culture and ancestors. She is a finalist in the Telstra National Aboriginal and Torres Strait Islander Arts Awards https://t.co/MtPLGJ3WwH (10 hours ago)

@The_RiotACT @The_RiotACT
Canberra's residential property market has posted a 6 per cent rise in home values for the financial year despite the COVID-19 economic downturn, according to the latest data from CoreLogic https://t.co/wYoWLboKSL (12 hours ago)