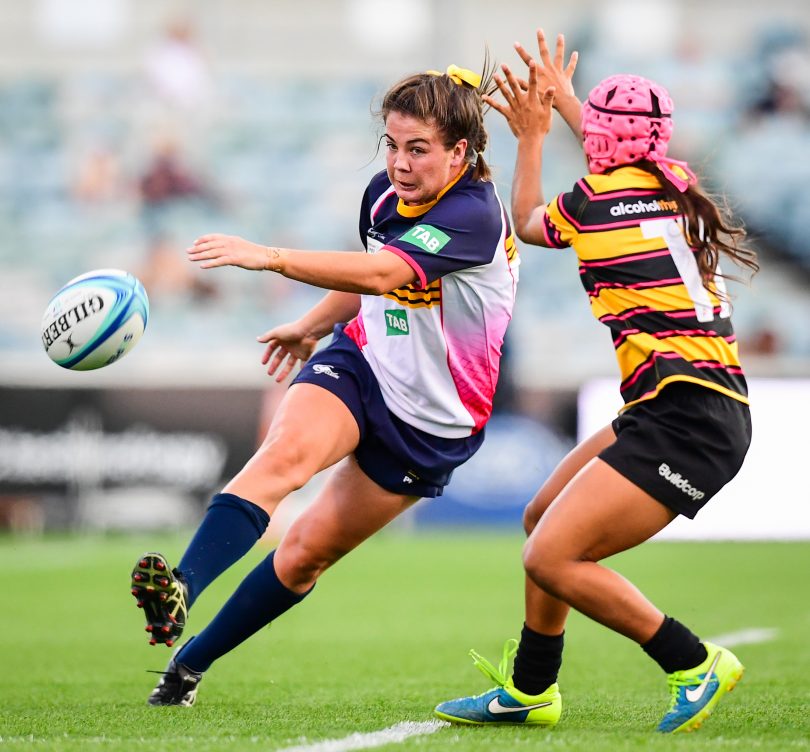 Six Brumbies have been included in the Wallaroos extended squad announced today, with 45 players to take part in satellite training programs around the country to prepare for national duties.

Wallaroos head coach Dwayne Nestor will oversee the program before the squad comes together in the camp in August ahead of the two-match Series against New Zealand’s Black Ferns.

The matches will be played as doubleheaders at ANZ Stadium in Sydney and Eden Park in Auckland with the Wallabies and the All Blacks.

The coach said they have an eye on giving players experience before the rugby World Cup in 2021.

“We have named a squad with one eye on success in 2018 and one eye on developing players for the 2021 Women’s Rugby World Cup,” Nestor said.

“It’s important that we start blooding players now and getting them used to the expectations we have of players in the National Squad.”

“For the squad members now is the time to lift their preparation and training, we have a historic opportunity in August and I know every squad member will be working hard towards that goal.”

Kasra Mn - 2 hours ago
At what $$ point is someone wealthy? View
Anita Patel - 3 hours ago
An excellent article. View
Sher Young - 9 hours ago
Wealth is alway about $$$ View
Community 10

Anne O'Hara - 5 hours ago
Hannah Zurcher I have no problem with workers going for what they think they are entitled to, I do have a problem with them p... View
Nathan Lofthouse - 6 hours ago
Sorry who else is pulling 4% p.a ? View
Keran Niquet - 17 hours ago
As usual Pinkas has got his head up his backside. Community support for his selfish actions is non existent! View
Community 1

jwinston - 15 hours ago
It would if it was rainbow coloured and all the legless lizards - oops, I mean handi-capable lizards - were all accounted for... View
Capital Retro - 17 hours ago
Amazing progress being made on this project. It couldn't happen like this in Canberra. View
Community 3

@The_RiotACT @The_RiotACT
Here are our top ten picks for your week ahead, including plenty of music and a fascinating talk from Sir Peter Cosgrove https://t.co/9liIXAVWGu (6 hours ago)

@The_RiotACT @The_RiotACT
The DA for the Fyshwick waste plant is going ahead after the government refused requests to talk to the proponent https://t.co/5dJmVGXVLj (8 hours ago)