Six things to do around Canberra this weekend (5–7 May) 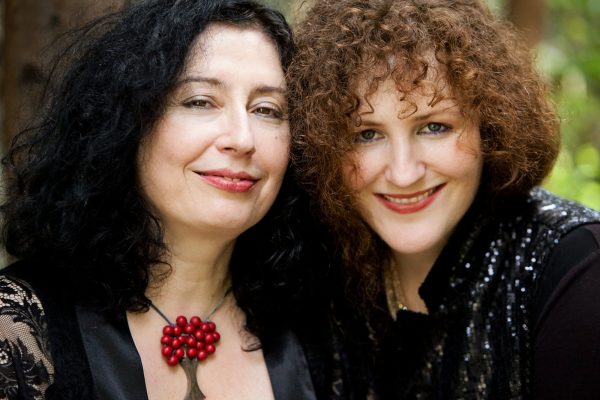 It is the Canberra leg of the Groovin the Moo Festival this weekend. It has a great line-up with Amy Shark, Tash Sultana, The Wombats, L-Fresh the Lion, Thundermentals and Montaigne in town, and local girls Coda Conduct headlining one of the stages. Enjoy if you have a ticket — it’s sold-out. But don’t despair, there is plenty else going on. It is the final weekend of the Canberra International Music Festival which features a concert on Saturday inspired by old-school video games. The Noted Writers Festival is on, and celebrate autumn trees with Canberra Tree Week. The Canberra and Region Heritage Festival and Spanish Film Festival are both into their final weekends, and the Kangaroos are playing New Zealand in the ANZAC Test on Friday night at the GIO Stadium. 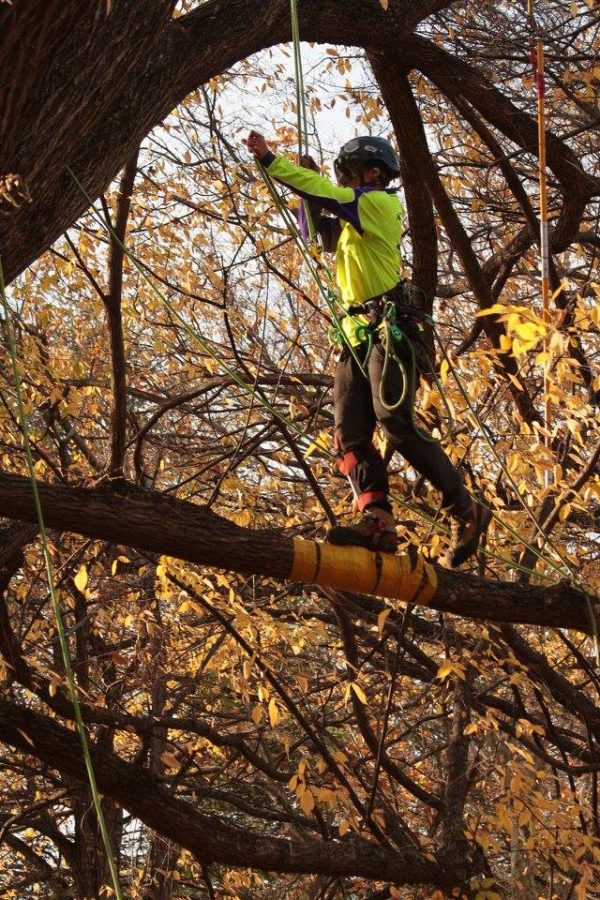 Canberra Tree Week
Where: Various venues
When: 1–7 May
What better way to celebrate Canberra’s beautiful autumn trees than with a week of tree-related activities? Canberra Tree Week is in its fourth year, and this year it includes guided walks, The Tree Project photographic exhibition at the National Arboretum, the Australian Capital Tree Community (ACTC) Tree Climbing Championships in Telopea park on Saturday and Sunday, and a number of tree-related activities at the Canberra Glass Works. Check out the full list of events here. 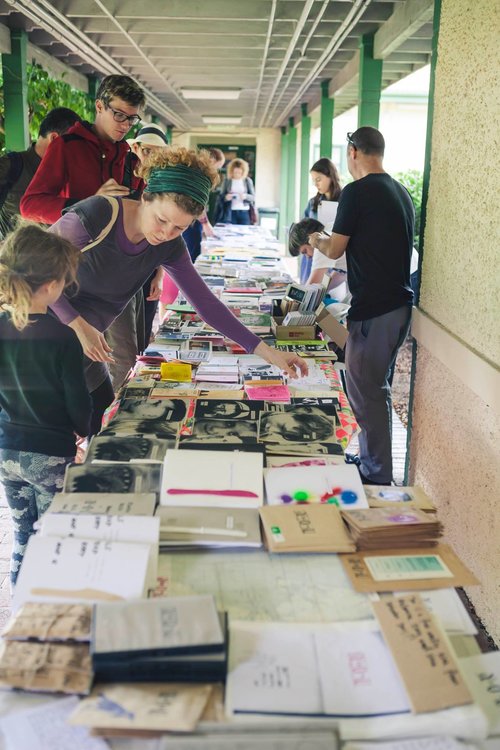 Noted Writers Festival
Where: Various venues
When: 3–7 May
The Noted Writers Festival is on this weekend. Into its third year, Noted puts a particular focus on emerging and experimental writers. The festival will feature authors, poets, journalists, publishers, editors, dancers, zinemakers and multidisciplinary artists. There will be free panels, workshops, lectures, readings, literary bar crawls, events for kids and teenagers, and an independent publishing fair, 10am–3pm on Sunday at Gorman Arts Centre. 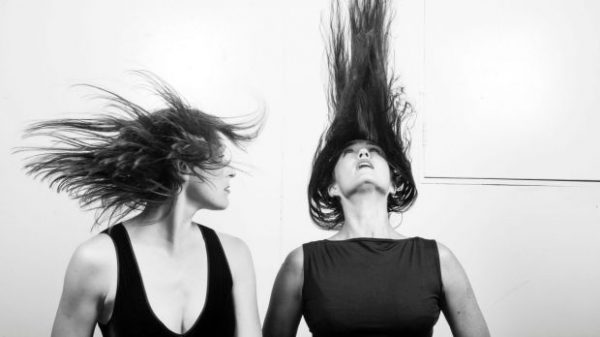 In-Sync
Where: Courtyard Studio, Canberra Theatre
When: Saturday 7pm & Sunday 5pm
As part of Australian Dance Week, Liz Lea and Alison Plevey are staging a series of contemporary dance works inspired by science. The program will feature a number of solo works developed and performed by both Lea and Plevey, and a work called, Hellish Thing choreographed by Jack Ziesing. Hellish Thing is an excerpt of a longer work that Ziesing is developing for Canberra’s QL2 Dance company to be performed as part of QL2’s Playhouse season in July.

Canberra International Music Festival
Where: Various venues
When: 27 April – 7 May
It is the final weekend of the Canberra International Music Festival and there are some special events on. Game On! is a performance by the Canberra Youth Orchestra at Llewellyn Hall on Saturday inspired by old-school video games such as Tetris, SuperMario 64 and Call of Duty. Doors open at 11am for pre-concert gaming and concert starts at 1pm. Russian Roots and Rags, at the Fitters Workshop in Kingston, also on Saturday, will feature the works of Australian composer Elena Kats-Chernin, as performed by Kats-Chernin and her long-time collaborator Tamara-Anna Cislowska. And on Sunday the Festival’s Finale Concert is on at the Fitters Workshop, 6:30–8:30pm. Check out the program here.

The Vinyl Lounge
Where: National Film and Sound Archive
When: 5:30–7:30pm
As it is the first Friday of the month, the National Film and Sound Archive’s sound curators are hosting a listening party. Ease into your weekend listening to vinyl—either BYO or chose from the selection provided—and share why you love the song. Discover songs you’ve never heard before, or re-discover and an old favourite. 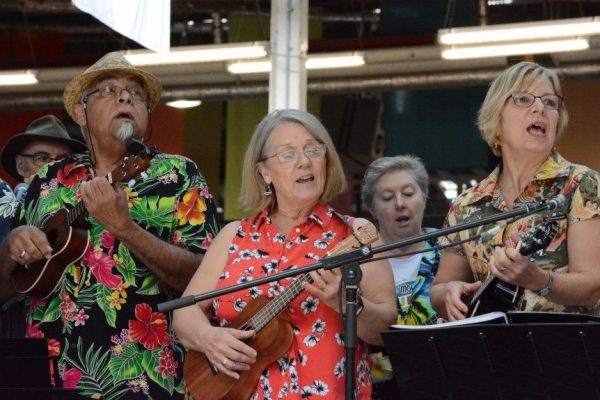 Gang Gang Twang: mini ukulele festival
Where: Ainslie Arts Centre
When: 1–7pm
The Ukulele Republic of Canberra is holding a mini ukulele festival this Saturday. The festival will include performances, workshops, spaces to mingle with like-minded uke players and a bar open from around 3pm. For more details and full program here.

Bentspoke’s Barley Griffin is my new favourite beer, but hey I would be very happy to be further brainwashed about Canberra beer Elias!

And of course there is the International Home Brew Day event at The Bentspoke Cannery in Mitchell! I need to brainwash you more about Canberra beer Zoe! https://the-riotact.com/bentspoke-brewery-hosting-international-home-brew-day-this-saturday/202658

Maria O'Halloran - 13 minutes ago
I have one that shows itself every now and again over the past 5 years. View
Community 18

Chelsea Adhami - 31 minutes ago
Any word on when the funeral will be? View
Germaine Muller - 20 hours ago
Dude - you introduced me to Frugii Ben Fittler View
News 2

nobody - 1 hour ago
So the pool has been out of action for a year, and they are just concluding the tender process for repairs now, then the repa... View
chewy14 - 17 hours ago
Hardly a surprising result, the government's relative silence on the issue and the budget allocation made it pretty obvious t... View
Food & Wine 11

Ol L - 3 hours ago
How can Mr Barr tax them if their not here? Seems logical that the public service can be based anywhere, COVID seems to have... View
HiddenDragon - 14 hours ago
Difficult to see anything more than token efforts at decentralisation in future, but video conferencing and working from home... View
Sport 35

t2owe - 13 hours ago
It's not the outdated system that's the problem, its the failure of Planning (ACTPLA) to maintain the mandated rules in the t... View
Food & Wine 28

stargazer - 16 hours ago
I agree. It’s an old fashioned bakery and the fact it’s totally family run is fantastic. They are few and far between now... View
stargazer - 17 hours ago
Stopped in and got my buns today - they were worth the drive! But I Wish I could get them on my side of town! Kids loved them... View
Sonya Curran - 20 hours ago
I'd love to! Have never been! View
News 12

Conan of Cooma - 21 hours ago
I was an extra for the final scene in this movie. Leah is not only a bloody hilarious person but also an incredibly intense a... View
show more show less
*Results are based on activity within last 7 days

Updated 11:00 am, 1 March: A motorcyclist has died at the scene of a collision with a truck and a utility...
Lifestyle 27

The Commonwealth Government should move Australian public service (APS) jobs from cities like Sydney and Melbourne instead of singling out...
News 1

Pet owners who had paid to bury their beloved animals at a pet cemetery at a property that has since...
Courts & Crime 2

Seven things to do around Canberra this weekend (5–7 April)

@The_RiotACT @The_RiotACT
Health Minister Rachel Stephen-Smith says vulnerable Canberrans who cannot access the vaccine from hubs may be able to receive the COVID-19 jab in their own homes https://t.co/hYO5P2ilTC (27 minutes ago)