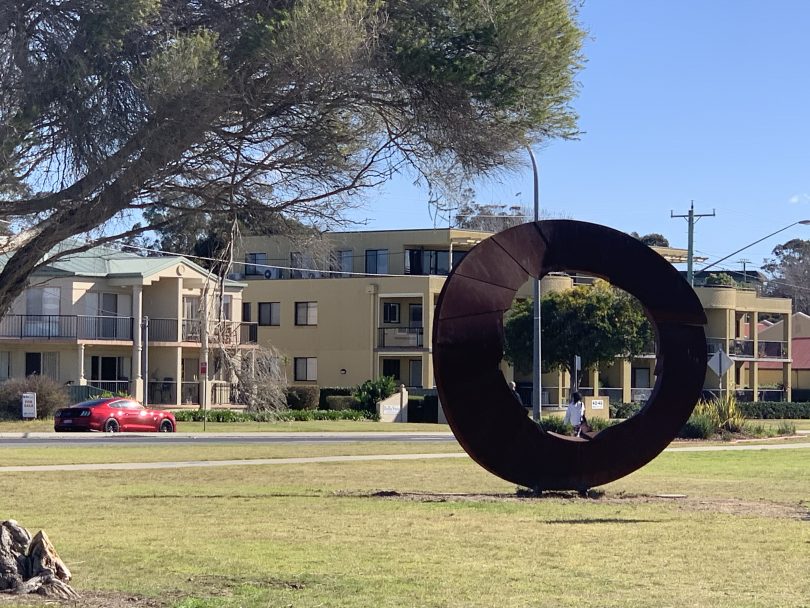 The latest additions to Batemans Bay’s Sculpture Walk have provoked a social media storm, with some critics labelling one a “dangerous rust bucket” and another “malnourished whale tails”.

For the small, hardworking Sculpture for Clyde committee, it could be seen as a kick in the guts, but volunteer Maggie Brennan prefers to look at it as lively public debate.

“It’s public debate and it’s about art so that’s a good thing,” she says. “You have to look at it that way; it’s raising art awareness in the community.

“These world-class sculptures are wonderful additions to the Sculpture Walk. During these uncertain times, it is exciting to have something positive happening in the town centre.”

The annual Sculpture for Clyde event is organised by a small group of volunteers and began in 2016 as an idea to build infrastructure and attract tourists to the NSW South Coast town during the quiet winter months.

The initial event was held on the Batemans Bay foreshore near Innes Boatshed and in an adjacent empty shopfront, the Francis Guy heritage building. It was successful beyond the organisers’ wildest dreams.

Then Batemans Bay Chamber of Commerce President David MacLachlan had the idea of finding sponsorship for a substantial acquisitive first prize, ensuring world-class entries in the competition.

With a prize purse in excess of $60,000, Sculpture for Clyde has become an important event on the South East Arts calendar and has provided the basis for the ever-growing Sculpture Walk along the Clyde River foreshore in Batemans Bay.

“The $50,000 first prize has attracted fantastic entries. Some of the sculptures themselves are worth more than $100,000.”

The organisers hit a snag in the event’s second year, with compliance issues at the Batemans Bay site.

“Logistically, it was impossible to hold it there,” says Maggie. “We thought we were going to have to call it off.”

However, up stepped Canberra businessman and renowned sculpture collector Terry Snow, who was already a patron of the event.

“He invited us to stage the outside exhibition at Willinga Park,” says Maggie. “We were just blown away. That changed everything. He had the security, the knowledge to do the mapping and the equipment to install the sculptures. It was fabulous.” 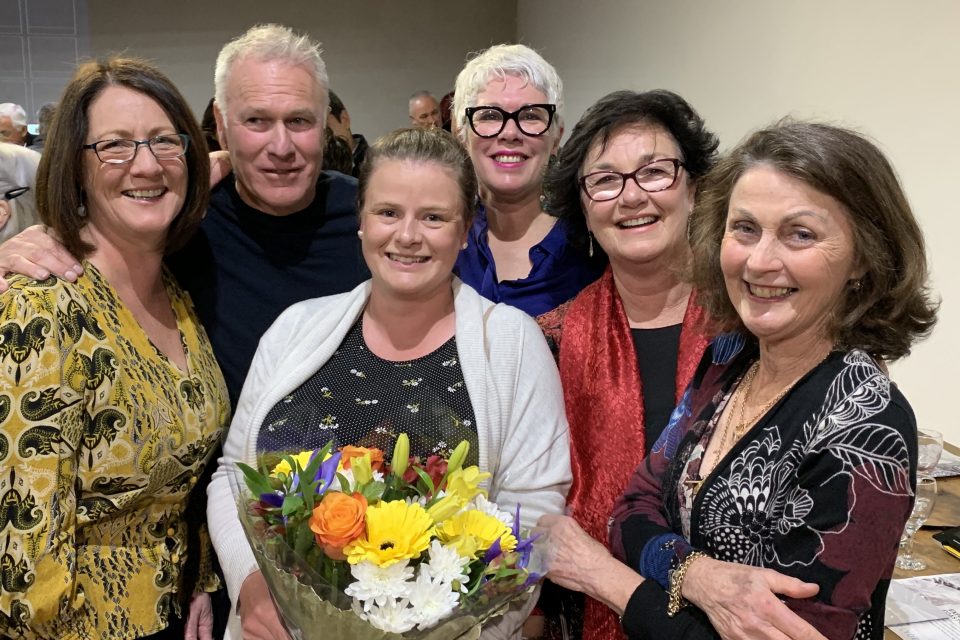 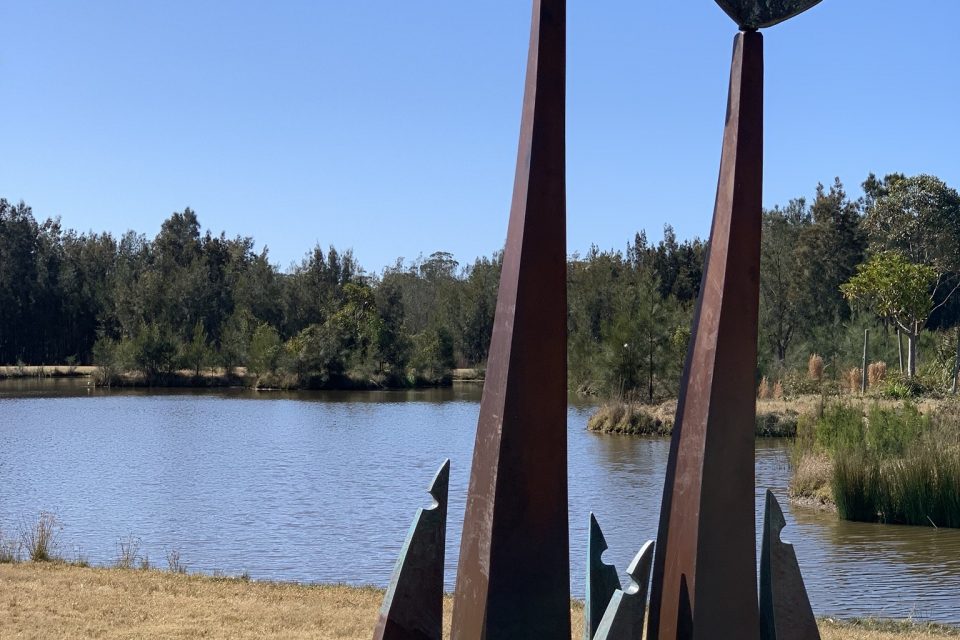 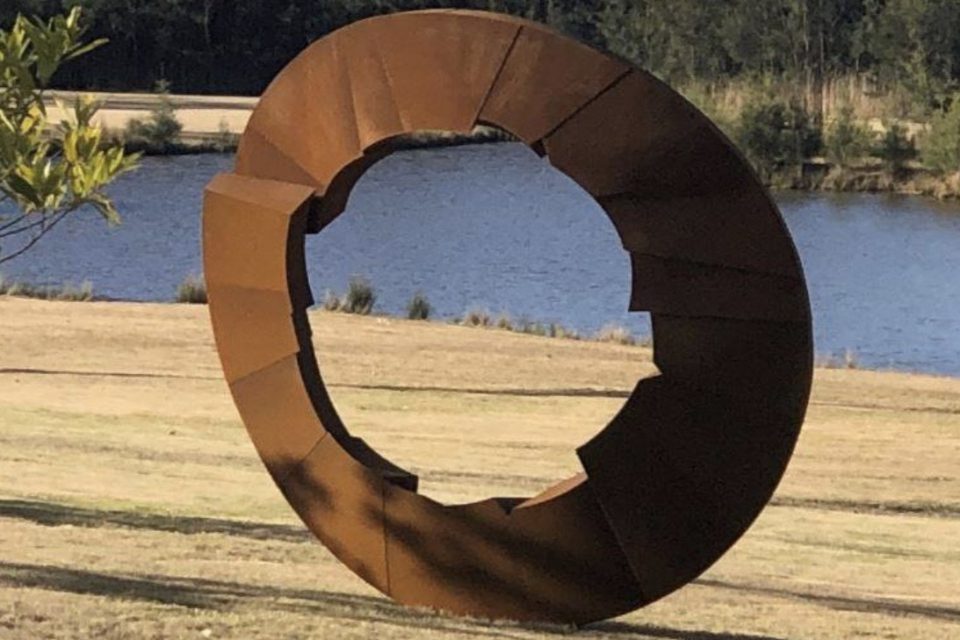 One of the less controversial sculptures on the Batemans Bay Sculpture Walk. Photo: Kim Treasure.

The event attracted thousands of people and was so successful the number of sculptures on display increased by 30 per cent. Visitors to the event were also able to see Terry’s impressive private collection and tour his stunning botanic gardens and equestrian centre, near Bawley Point.

Plans were in train for an even bigger, better event this year until bushfires and COVID-19 threw a massive spanner in the works.

Organisers made the difficult decision to postpone this month’s event and concentrate on 2021. In the meantime, they pushed ahead with installing sculptures purchased through local donations and crowdfunding after the 2019 event.

“We’ve been working alongside the Eurobodalla Shire [Council’s] Public Art Advisory Committee and council engineers to make sure the installations comply with all the necessary safety requirements, and approvals for public art to be installed on public land,” says Maggie.

“The winners during the past two years have been for sale on the international market for much more than we paid. The artists were happy to take less to have them on display in an international quality sculpture walk.”

But the committee was surprised by the social media venom that greeted the two latest installations, and the misinformation that went along with it.

“Would have been nice to let the community have some input,” posted another.

“How much of our ratepayers’ money was wasted on that hideous piece of metal?” from yet another.

“No council money has been wasted,” says Maggie. “More than $300,000 in sculptures have been gifted to council and the community, which have been funded via the Sculpture for Clyde event. One of the pieces is the People’s Choice award winner from the event and we went above and beyond to acquire it to add to the Sculpture Walk.

“People don’t realise what is in their backyard … but it’s public debate and it does raise art awareness. We are not disheartened. It’s debate about public art and that’s a good thing.

“We want to make Batemans Bay a destination where people can come and look at these pieces. They are something people are not going to get anywhere else.

“This permanent Sculpture Walk is the real driver behind the Sculpture for Clyde event. The goal is to create a legacy for locals and visitors to Batemans Bay, with a 3D, outdoor art gallery open all year round.”

When this war is over, we will come back for a visit from Perth, fingers crossed 🤞