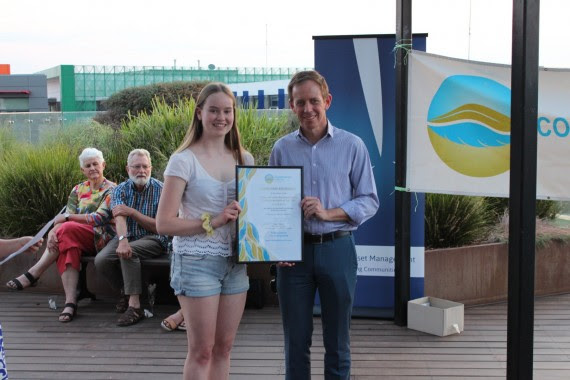 The company behind Australia’s largest community solar farm and leaders of Canberra students striking for climate change action have been honoured with Conservation Council environmentalism awards recognising their contributions to the environment.

SolarShare principal executive officer Lawrence McIntosh was named the CWP Renewables Environmentalist of the Year for developing and overseeing the community-share solar farm project since 2012. The company is behind construction of Australia’s largest community-owned solar farm in the ACT’s Majura Valley, which is set to generate enough clean energy to power 260 homes and prevent more than 1700 tonnes of atmospheric carbon dioxide pollution.

“Lawrence is a founding member of SolarShare, and with a team of dedicated volunteers, has seen the project through from the beginning to the important milestone of raising $2.37 million of investment in May this year from over 400 local Canberra residents,” executive director of the Conservation Council Helen Oakey said.

“Shares have been issued and work is now proceeding to build the solar farm, which will be Australia’s largest community-run solar farm when it is built.”

SolarShare won the Member Group of the Year award for its work on community solar farms, while Red Hill Bush Regenerators received an honourable mention for its work protecting and enhancing the Red Hill Nature Reserve in south Canberra.

Student leader of the Canberra School Strikers, Aoibhinn Crimmins, won the Young Environmentalist of the Year award for her dedication to protecting the environment and contribution to the Canberra community.

“It was exciting that Aoibhinn Crimmins was awarded the Moira and John Rowland Young Environmentalist of the Year for her leadership role in the Canberra School Strike for Climate movement,” Ms Oakey said.

“We have all felt inspired by the passion and clarity that the School Strikers have brought to the climate change debate. At the rally in Glebe Park on September 20, Aoibhinn and the other students drew 15,000 people from across the Canberra region to participate.” 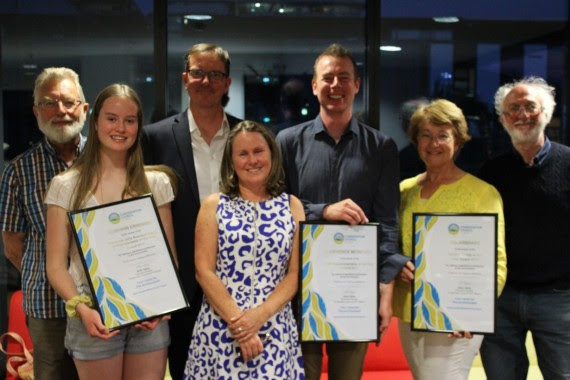 “Canberra Strikers have won the support of the ACT Government and built successful coalitions with diverse organisations, and Aoibhinn has taken a prominent leadership role across all aspects of the event, including media interviews and political meetings.”

A contingent from the Canberra School Strikers were welcomed to the ACT Legislative Assembly by the Greens in September, following a resolution in August supporting the strikers and inviting them to speak at the assembly.

In a statement, the ACT Greens leader Shane Rattenbury said that “the ACT was the first Australian state or territory to declare a climate emergency and the Greens fully support the students’ calls to take rapid action on the climate change emergency”.

“While we fully support the students’ ambition on climate change, it is still critical that we sit down, listen to them, and understand what young people in Canberra want from political leaders,” he said.

Lauren Kay - 2 minutes ago
I was gutted when I found out Ash. Nigel was so lovely and it feels like I knew him forever. View
Ashleigh McHugh - 5 minutes ago
Lauren Kay isn’t it so sad... View
Lauren Kay - 14 minutes ago
Drew Forrest I've got a condolence card, but happy to put more cards in a larger envelope if you or anyone up your way wants... View
News 6

JC - 4 hours ago
Capital, good for you but why should you get any subsidy/wealfare to move? And oddly you are the kind of person who would act... View
JC - 4 hours ago
That might have been the Aussie dream circa 1950’s-1990’s and it may well be the dream of some but no where near as much... View
JC - 4 hours ago
How do you suggest we do that? By policy, aka china’s old one child only policy? Compulsory sterilisation? Euthanise people... View
Property 11

Capital Retro - 5 hours ago
"In Spain loans for your own home is tax deductible" I think only the interest component would be tax deductible. Net medical... View
Frank Nesci - 5 hours ago
It would be great if Riot Act reached out to people at the auction in question. There was more than just the buyers that thou... View
Opinion 1

Mainul Haque - 5 hours ago
Spot on. It’s about time our children gets a better deal and time for a better learning system to equip our kids with skill... View
Public Sector 2

A man allegedly continued to have sex with a young woman after she told him to stop, reportedly telling her,...
Opinion 125

For a planned city that is supposed to be a shining light on the hill, Canberra is rotting at its...
News 16

When did the word 'consultation' become the beginning and end of a genuine voice from the community on major policy...
News 72

Concerns about the wait time for a simple surgery to remove her son's tonsils, adenoids and grommets has led to...

@The_RiotACT @The_RiotACT
Loveable goofball Rocco and sweet rabbit Waffle are waiting to find their perfect match. Think that could be you? @rspcaact #PetsoftheWeek https://t.co/RqlUzgo7Dg (7 minutes ago)