South Coast waters turn electric blue! Find out how to see it and capture it on film 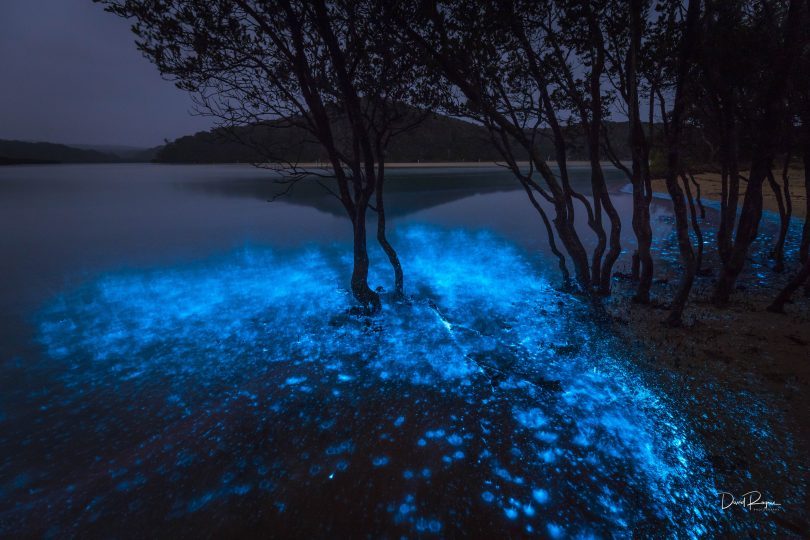 The famous waters of the NSW Far South Coast have at times this week been a brilliant red by day and a luminescent blue at night.

This natural event is non-toxic and with a bit of luck will hang around for the long weekend so more people can take in the spectacle.

“Red tide is the colloquial name for the natural phenomenon of Noctiluca – a marine dinoflagellate,” explains Kerryn Wood from the Sapphire Coast Marine Discovery Centre in Eden.

“Consisting of a single species, Noctiluca scintillans is one of the most commonly occurring bioluminescent organisms in coastal regions around the world.”

Communities from Tuross to Eden have been witness to the colourful occurrence, which according to the Universtiy of Tasmania, tends to happen in the vicinity of river mouths following heavy rainfall. UTAS says the balloon-shaped cells tend to be more abundant during the warmer seasons. 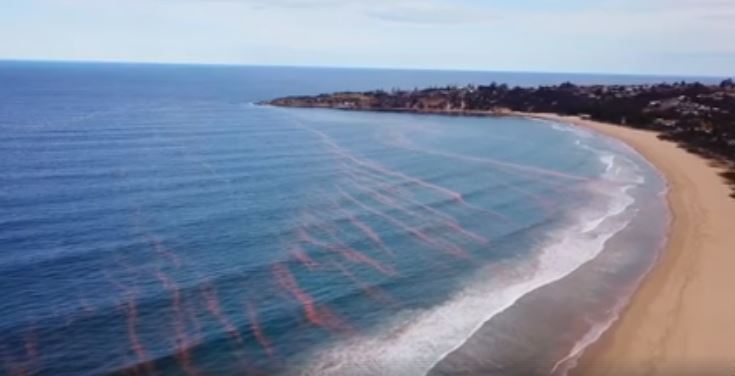 The ‘red tide’ as seen at Tathra, a natural phenomenon known as Noctiluca – a marine dinoflagellate. Photo: David Rogers.

While not considered toxic, Ms Wood, however, says the research suggests you shouldn’t come into contact with the bloom, “According to ATAS, no toxic effects are known.”

“They say don’t go swimming in it, or eat shellfish off rocks where the bloom is occurring, and that fish generally avoid bloom areas because of the presence of ammonia which irritates fish.”

While appearing as a red slick on the surface of the water by day, of a night time these organisms which on average measure about 0.5 mm turn on a brilliant electric blue show – the likes of which can only be compared to a Disney movie.

“The bioluminescence is produced by something called a luciferin reaction – which is a term for the light emitting compound found in organisms that generate bioluminescence,” Ms Wood says.

“In order for them to ‘glow’, they need to be agitated by oxygen. So, if the ocean is calm and the waves small, you are less likely to see any ‘glow’.

“If you scoop a bucket of the stuff up try putting a stick or spoon in and swirling it around, and bingo, glowy sparkly sea water!

“No reaction could also mean they have finished their life cycle and therefore will no longer emit light,” Ms Wood explains. 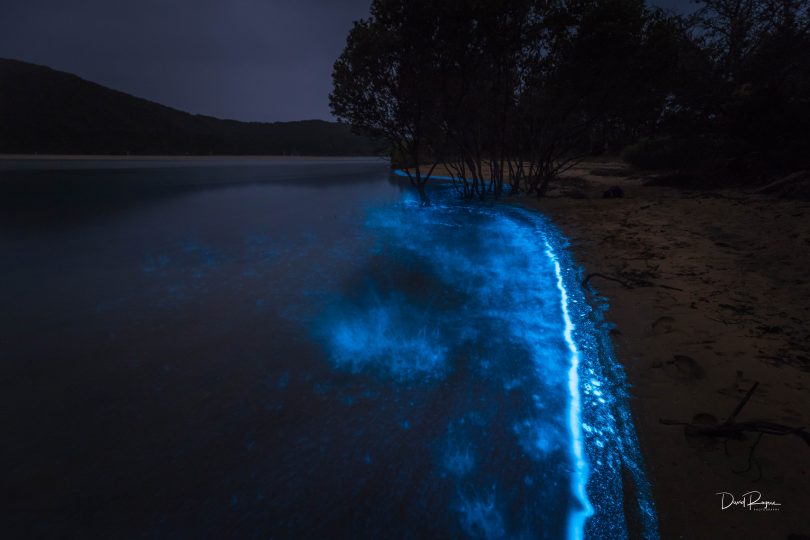 Photographers have relished the opportunity, photos from Tathra based pro David Rogers have gone far and wide on social media.

Mr Rogers who has worked for Fairfax, Bauer Media and News Corp, says, “The lifespan of the algae is only 48 hours – leaving only a brief window to witness this rare event, so you need to stay alert.”

“The Facebook page ‘Bioluminescence Australia’ is an excellent community page where members post sightings of the algae around Australia. This group was the first to announce a sighting in the Eden area.

“To capture this phenomenon in a photograph you need to be prepared, and forget your iphone camera, you are going to need some good camera gear.”

“I was actually alerted to this spectacular event from a landscape photographer friend, Luke Tscharke, who is based in Tasmania and is a master at low light and astrophotography. He knew I was in the area and alerted me to be camera ready. Thanks Luke – I owe you one,” Mr Rogers says.

“It’s surprising what you can learn from being around other photographers. The ‘Sapphire Snappers’ is a friendly local photography enthusiasts group based on the Sapphire Coast who regularly meet up to shoot together while sharing photography knowledge and skills.” 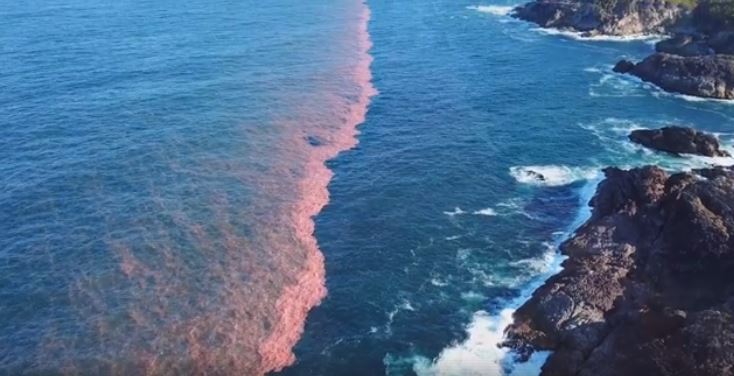 The ‘red tide’ has been spotted from Tuross to Eden this week. Photo: David Rogers.

As the working week fades, fingers are crossed that the bioluminescence seen during the week will show itself over the long weekend.

“While the red sheen on the water by day can be off-putting and cause initial concern, the effect at night of these beautiful dinoflagellates are just beautiful,” she says.

“I love seeing them. Walking along the beach at night and watching waves crash is pretty awesome.

“I’ll never forget one night, diving into the waters at Bar Beach and opening my eyes, I felt like Tinkerbell – everywhere around me turned into tiny flowing ‘sparkles’ of light.” 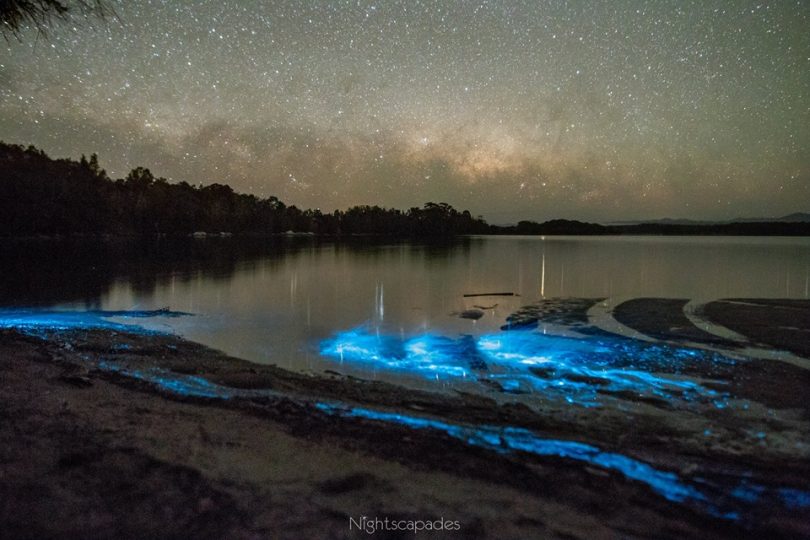 The Sapphire Coast Marine Discovery Centre is open Monday to Saturday during the school holidays from 10 am to 4 pm at Snug Cove, Eden. Entry is $5 to $10 for a single, $20 for a family.