Special event: THE LONGEST NIGHT AT THE NFSA 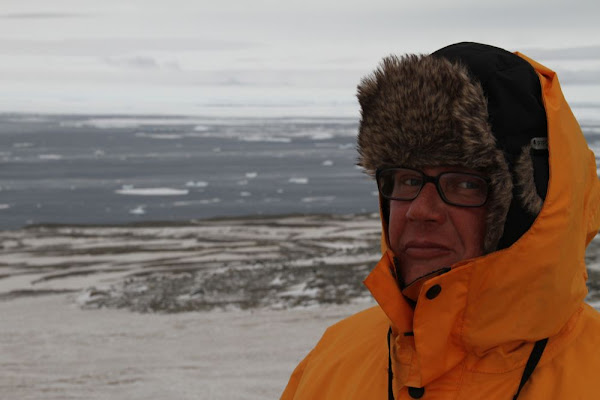 To mark our Extreme Film and Sound Exhibition, the centennial of Australia’s engagement with the Antarctic continent, plus the traditional polar explorer’s Longest Night festivities, the NFSA will become the ultimate in Canberra chill-out zones.

From 5.30pm our theatrette will be screening a selection of filmic experiments beyond the circles of the Antarctic and the Arctic, including diverse works made by Stan Brakhage, Peter Hutton and Ralph Steiner.

From 7pm the NFSA courtyard will feature the Australian premiere of Monolith – a major new work by Austrian artist Werner Dafeldecker and his Australian collaborators Lawrence English and Scott Morrison featuring dual video projection and live soundscapes captured in Antarctica.

And from 8:30pm in Arc, a screening program of the chilling and the sublime, featuring The Thing from Another World (1951, USA, 87 mins, 35mm); director Christian Nyby and producer Howard Hawks’ classic Arctic paranoid horror thriller. Arc screening
$5/$3 charge for those wearing tuxedos or other penguin suit!

The event is produced in collaboration with the Austrian Embassy Canberra.

Perry Alopex - 33 minutes ago
Nice! I can only imagine that trying to settle in Canberra would be pretty rough. It's got one of the highest costs for livin... View
Peter Manna - 41 minutes ago
They will think this is paradise lol View
Amie Doolan - 1 hour ago
Where have these 50 people been housed? Are there local families taking them in, are they living in hotels or have they been... View
News 48

Nazmul Hasan - 49 minutes ago
Very sad. Is there any alternatives of this approach?... View
Motoring 10

purplevh - 50 minutes ago
Still looks as sleek and low as grandpa's model T. The main problem with SUV's is their ability to block the view down the ro... View
News 5

Mike of Canberra - 1 hour ago
John, I live in a street that is predominantly public/social housing and, frankly, it has been a blight on my life for many,... View
John Ryan - 3 hours ago
How do I join the Ainslie Residents' Assocation? I'm an Ainslie homeowner and I'm devastated at this outcome. It doesn't repr... View
John Ryan - 3 hours ago
My house is in Ainslie and I agree completely with HSewell. Disappointed that the so-called "Ainslie Residents' Association"... View
Property 32

Aaron Nicoli - 2 hours ago
It’s also so much safer now… 60km/h jam brakes on for the camera, accelerate back out to 60… It’s achieved nothing fo... View
Phil Hogan - 3 hours ago
Got to pay for the tram 🙄 View
News 3