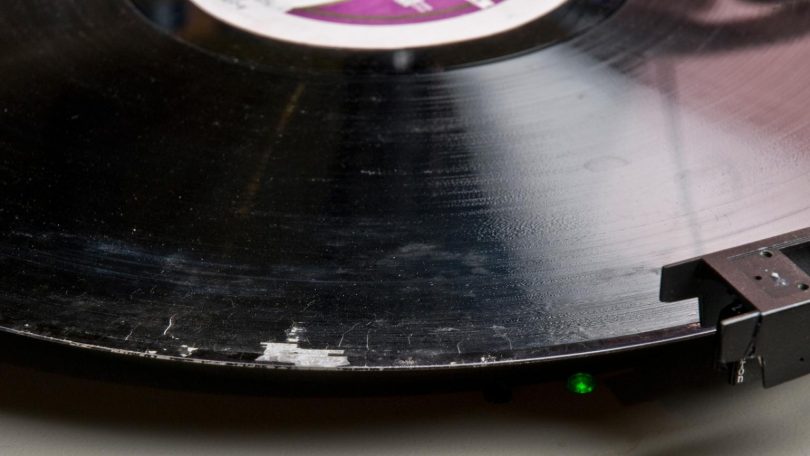 The NFSA will be hosting its final Vinyl Lounge this Friday. Photos: NFSA.

When vinyl record sales took off after a 25-year hiatus, everyone from high schoolers to university students to people in their 60s, 70s and 80s were buying the circular discs that store analogue sound.

That was around seven years ago, and there’s no sign of the trend winding back, according to Thorsten Kaeding, Sound Curator at the National Film and Sound Archive.

As the host of the NFSA’s monthly Vinyl Lounge, an event now in its fifth year, Thorsten is often drawn into debates over whether analogue or digital music sounds better. While he is not quick to favour one over the other, he does acknowledge there is a big difference between the two mediums.

“A record will always sound different – a lot of people think it sounds warmer,” he says.

“What they are talking about is the physical medium of vinyl that colours that sound and makes it sound different.”

Vinyl records became harder to come by in the western world from the early 1990s through to the early 2000s, as more and more consumers purchased CDs over bulky circular discs. Record pressing plants all but closed down and anyone who still wanted to purchase a vinyl record pretty much had to settle for a second-hand item from an op shop or car boot sale.

Then around the early 2000s, various bands and recording artists began to wonder whether analogue or digital music sounded better.

“There wasn’t an ability to test that out for a lot of people,” Thorsten says, “because the only vinyl records available were often old scratched ones being played on really poor systems.”

Nowadays, Thorsten attributes the resurgence in vinyl records to eastern bloc countries keeping their pressing plants open while western countries were shutting theirs down after CD sales took off in the late 1980s and early 1990s.

Fortunately for bands and artists who wanted to press vinyl, pressing plants in places like East Germany and the Czech Republic were still in working order and accessible, thanks to the collapse of the Berlin Wall and the end of communism in eastern Europe.

“Without that, the vinyl revival would not have been possible,” Thorsten says.

Sound quality aside, he believes the popularity of vinyl records is also due to people wanting a physical object to connect them with the music they listen to.

“There has been and continues to be a reaction against the anonymity of a digital file,” he says.

“There’s no interaction with that file for people. So music becomes a button you press and it’s there. Rather than something that you own and is yours.”

The final Vinyl Lounge for 2018 will be held in the NFSA Theatrette this Friday, 7 December. Classics from ‘the vinyl era’, which began at the end of the 1950s and ran through until the mid-1980s, will get a spin. A standout of the monthly events for Thorsten includes a mid-1950s recording of traditional Taiwanese fishermen songs that someone once brought along.

“It was just gorgeous,” he says.

“It sounded fantastic. And it was just so different.”

Another highlight occurred when, two years ago, “one of our regulars brought in a record called The Loner by Vic Simms,” Thorsten recalls.

“It’s incredibly rare. We didn’t have a copy in our archive but we had been looking for one for a long time. It’s one of the first Indigenous protest albums,” Thorsten adds.

A copy of The Loner on vinyl was donated to the NFSA and last year Vic Simms was a special guest at the Vinyl Lounge’s fourth birthday event. 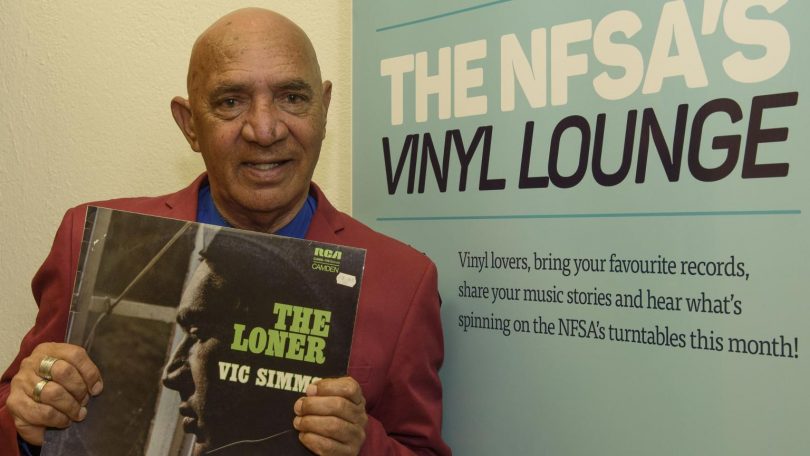 Vic Simms with his record, The Loner.

This Friday’s Vinyl Lounge will be complemented by the NFSA’s second Record Fair. All genres of music will be on sale, including Blues, Jazz, Metal, Hip Hop, Prog, Reggae and Funk. 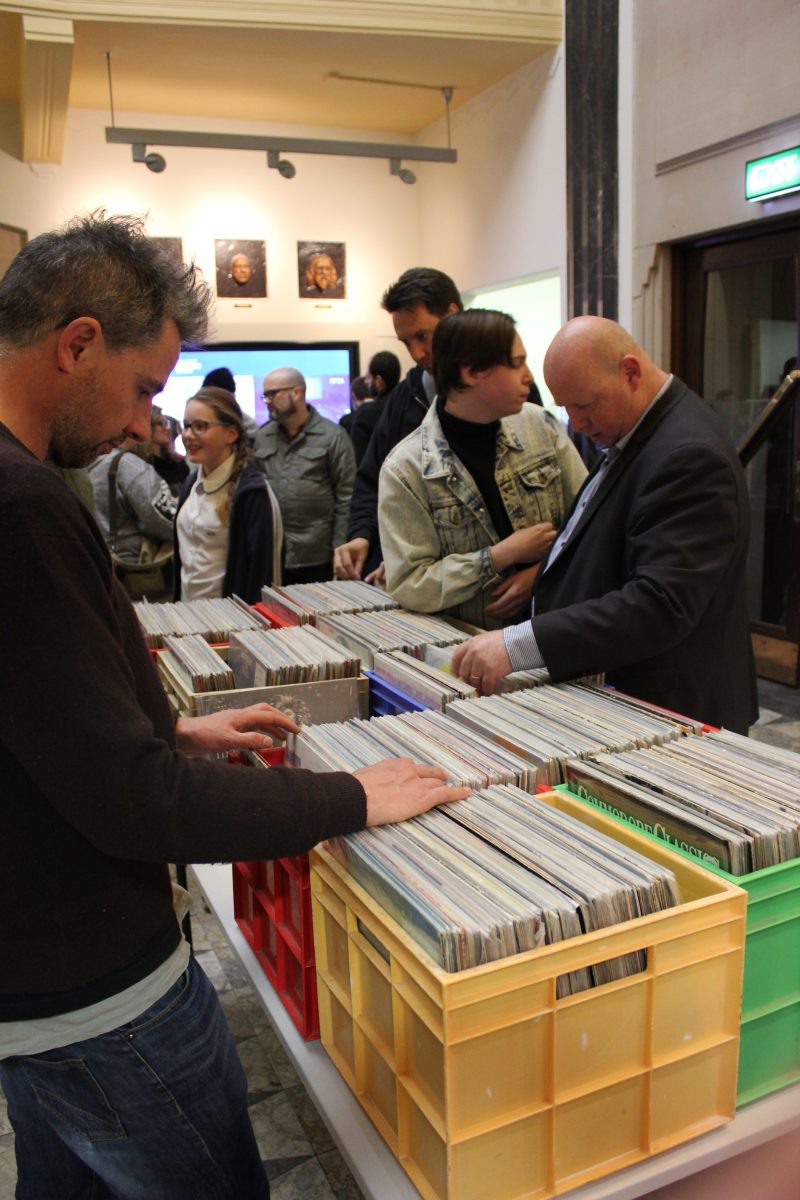 Have to agree “A record will always sound different – a lot of people think it sounds warmer,” he says.

I also reckon records do sound ‘warmer’. But what gets me is how come some whizkid somewhere has not made an attachment between the cd player and the speakers, that can electronically make the disc sound warmer.

Over to those bright souls who read Riot to make such an attachment.

The thing I remember about vinyl records is that they introduced you to a whole range of material by a particular artiste that you otherwise wouldn’t have known about.

For example, when I bought Australian Crawl’s album Sons of Beaches in 1981 I bought it after hearing Shut Down on the radio. I started playing it and found a whole range of other songs on the album that I liked. Daughters of the Northern Coast, Grinning Bellhops, A new version of Downhearted …

Even the humble TV compilation album had other gems on it apart from the song/s I bought it for. 20 Chartstoppers had Been Too Long On the Road by Mark Lindsay, Bullseye had Maybe by Thom Pace. If I had gone to iTunes and Spotify I would have got only the song I heard on the radio and missed out on all those other songs.

So it’s not just a question of sound quality and cover artwork that changed with the trend away from vinyl records, it ushered in a whole new disposable and clinical approach to obtaining music and the recording artistes and listeners are now much the poorer culturally because of it.