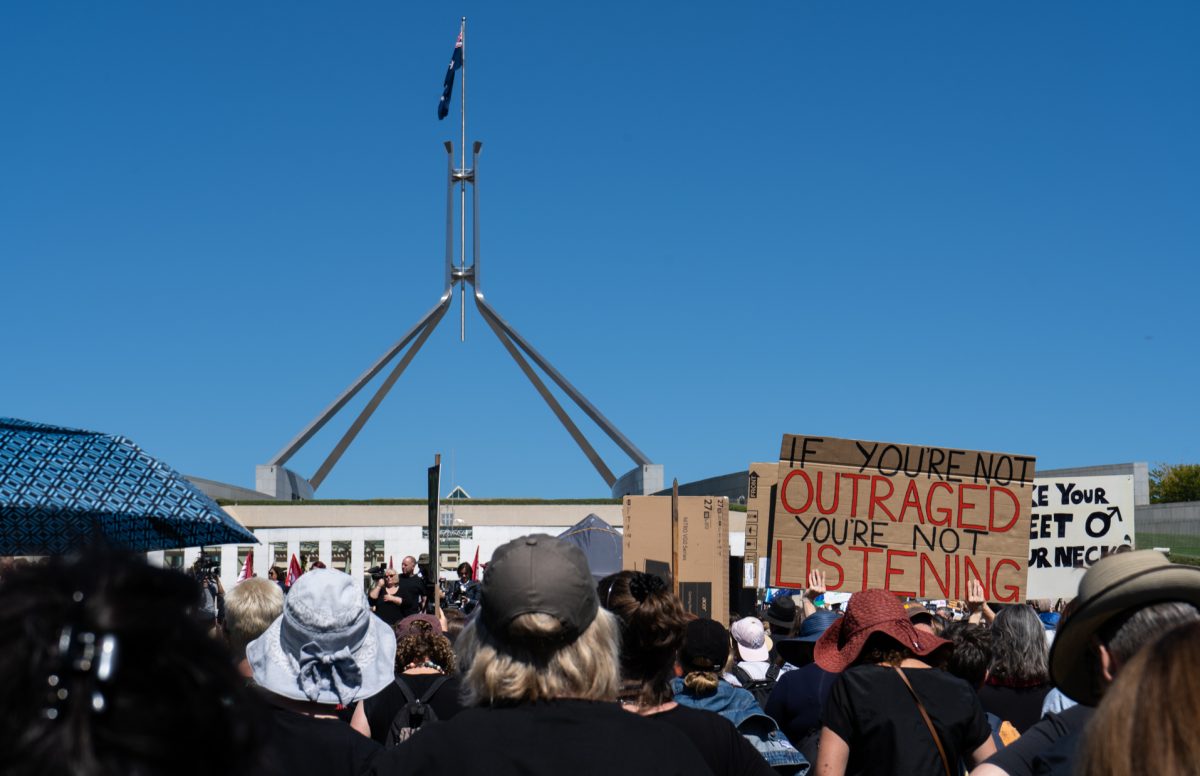 The March4Justice protests in March 2021 were a response to gendered violence and workplace harassment. Photo: Region.

The Joint Select Committee on Parliamentary Standards has just completed two days of public hearings in Canberra, receiving evidence and scrutinising submissions from a range of interested parties.

The committee was established as a result of the Jenkins Review into workplace behaviour inside Parliament House, and it has been tasked with recommending a specific code of conduct for parliamentarians and their staff.

One thing discussed during these sessions, highlighted by the Government’s workplace regulator Comcare, is the difficulty for departments to oversee workplace safety practices for staff who are employed at the sole discretion of the parliamentarians they work for.

In October 2016 Scott Ryan, the special minister of state at that time, revoked a determination under subsections 13(2) and 20(2) of the Members of Parliament (Staff) Act 1984 and replaced it with a new determination.

That determination states, among other things, that: “Electorate officers work under the sole direction of the employing senator or member and are employed to assist the senator or member to carry out duties as a member of parliament, and not for party political purposes.”

Comcare noted that MOP(S) Act staff are in a category all of their own.

The Comcare submission appears to lament the fact that the Department of Finance, which has so much control over public service staffing, has no capacity to take disciplinary action against either a parliamentarian or a MOP(S) Act employee where a complaint is substantiated.

Indeed, where a complaint against an employee is substantiated, the parliamentarian decides the appropriate management action.

Committee chair, Labor MP Sharon Claydon, explored this point with Comcare officials when they appeared before the inquiry and sought their views on how to address the issue – noting that such workplace arrangements were not likely to change.

And there’s the rub.

If no one thinks that an MP or senator virtually “owning” their staff is something that should change, then no code of conduct will avoid continual repetition of such appalling behaviour that has come to light in recent years.

When an act of parliament is there solely to protect parliamentarians at the expense of their staff, the system is broken.

While the mindset remains that MPs are the only ones able to deal with a complaint or settle a dispute involving their own staff (and/or themselves), abuse will continue.

Insisting that anyone work “under the sole direction of the employing senator or member” is unwise in the extreme. It’s wrong even.

A stroke of the special minister of state’s pen in 2016 revoked and replaced the 2014 determination.

It’s time for another stroke of someone else’s pen.

Any ex-staffer could have told them this.

Should be merit based too. The previous ACT senator was known to weaponise staffer roles for internal factional support who would also take on key party management positions.

These roles should be open market and merit based like everything else.

Factional tribalism is killing this country.