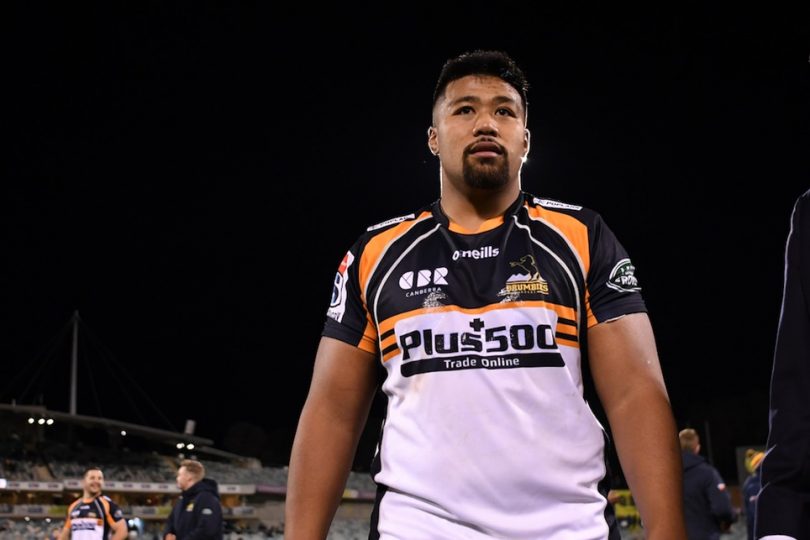 This Folau is making the headlines for all the right reasons. Photo: Supplied by Brumbies Rugby.

Crowds, hat-tricks and another scoreless match are just some of the things that caught Lachlan Roberts’ eye, as he recaps the key statistics from the blockbuster weekend of sports across the nation’s capital in the second edition of Stat Attack.

10 – After travelling around the globe over the past two weeks, the Brumbies returned to GIO Stadium and beat a New Zealand Super Rugby side for the second time this season. The Brumbies were without stars David Pocock, Lachlan McCaffrey, Tevita Kuridrani and Rory Arnold, who left the field in the first half with an ankle injury, but it was the hooker who stole the show. Folau Fainga’a scored a hat-trick of rolling maul tries and unbelievably tops the competition’s tryscoring list with 10 tries, leading a list which includes Blues’ Rieko Ioane, Crusaders’ Will Jordan and the Rebels’ Jack Maddocks.

10,079 – There was a lot to like about the Raiders emphatic 30-12 victory over the Penrith Panthers in Wagga Wagga on Saturday afternoon (4 May), but maybe none more so than the sell out at McDonalds Park. The sold-out crowd of 10,079 was a reward for the Raiders bold move to take a home game outside of the ACT after they were slapped with a $150,000 fine by the ACT Government for their decision. Maybe it’s about time the NRL thinks about taking the ‘Magic Round’ to a rural town rather than to Suncorp Stadium? 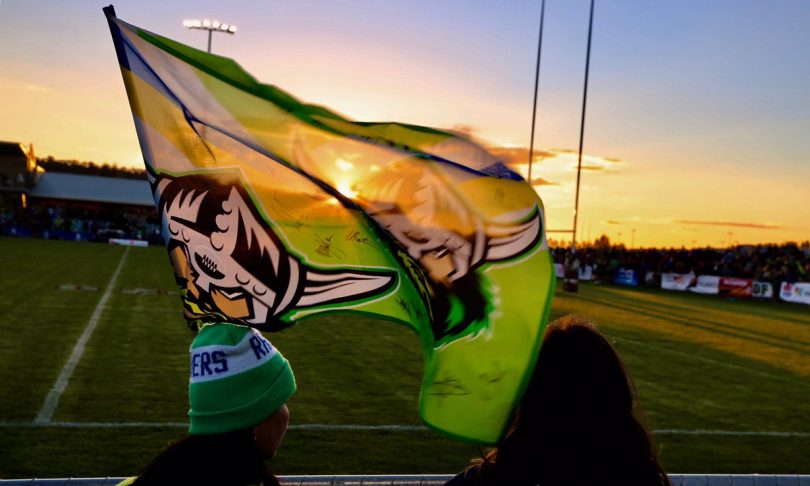 The $150k fine was worth it after Saturday afternoon. Photo: Supplied by Wagga Wagga council.

5 – Five is a number that will have AFL Canberra officials concerned after two teams failed to score a single point in AFL Canberra’s first-grade women’s competition. After just three rounds into the 2019 competition, the Gungahlin Jets have failed to score in all their games, conceding 426 points without troubling the scoreboard. The Tuggeranong Hawks have also failed to score in their last two matches, raising the question of what can organisers do to help equalise the competition?

7 – Who can catch Tigers FC star striker Nicolas Abot? Abot increased his lead for the NPL1’s golden boot award, netting a hat-trick against the previously undefeated Woden-Weston as the Tigers continued their perfect start to the season, winning four from four. Led by their striker who has scored seven of their 11 goals this season, the Tigers are posing a serious title threat this season.

6 to 8 weeks – It’s not good news for star Raiders recruit John Bateman will miss at least 6-8 weeks of action after scans revealed a fracture to his eye-socket. Bateman is nursing the injury after a tackle gone wrong on Panthers star Viliame Kikau. The English forward will require surgery on an eye-socket fracture and is expected to return between rounds 15-17. What this will do to the Raiders charge up the ladder remains to be seen.

Mechanism Of Action - 40 minutes ago
Nugget Harris as they should be View
Silentforce - 10 hours ago
Another solution would be to enforce pedestrian laws (if any in the ACT). Working in Civic, each day I witness jay-walking, c... View
Tāmati Kentwell - 10 hours ago
Hugh Gregory most income based schemes like this take into account number of dependents View
Community 43