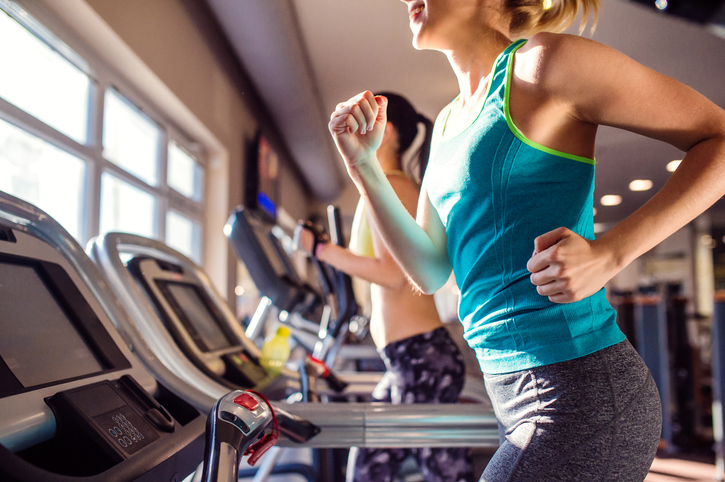 When we look at what is happening within the health of women in Canberra, it would be easy to take a quick look at the statistics for Canberra and misunderstand the complexity of what is really happening for individual women. The averages for Canberra, relative to the rest of Australia, are generally good – higher income and education levels, lower unemployment. But those averages can hide the diversity within our community. And if we treat the whole of our community on the assumption that they are “average”, we may be doing a disservice to the most vulnerable people.

It is well understood that socioeconomic factors impact on health. When you are on a low income, paying for healthcare, good food, participating in sports or exercise, and taking care of your mental wellbeing are harder. There may also be biological factors that cause differences in the health of men and women at a population level. Add in intersectional factors such as discrimination on the basis of disability, culture, religion, sexuality, marital status, or Aboriginal or Torres Strait Islander background, and a complex picture emerges of what might affect the health of individuals.

Understanding what is happening for ACT women in relation to employment, income, family structure, experiences of violence, housing, access to health services, and our population demographics (age, disability status, cultural background etc) is important if we want services to meet the diverse needs of our whole community.

The last time a report such as this on ACT women was made publicly available by the ACT Government was in 2008. The Women’s Centre for Health Matters published Social Determinants of Women’s Health and Wellbeing in the Australian Capital Territory in 2008, but has not published a similar report since.

The 2008 report by the Women’s Centre for Health Matters confirmed that socioeconomic status does have an impact on health, with 5 times as many women on low incomes reporting fair or poor health as women on high incomes. It also found that the highest rates of fair or poor health were reported by women who mostly speak a language other than English at home. Levels of physical activity and diet were negatively affected by both socioeconomic status and mental health issues. Risk factors for marginalisation included homelessness, poverty, drug and alcohol misuse, mental health issues, disabilities, violence, age, CALD background, and Aboriginal or Torres Strait Islander background. Women were over-represented in lower socioeconomic groups, making them more vulnerable to marginalisation at a population level.

As it has been almost 10 years since the last report on the state of ACT women, the Women’s Centre for Health Matters is planning to publish an updated report in July, following publication of 2016 Census data by the Australian Bureau of Statistics.

What we know so far is that there are still significant numbers of women in Canberra living in poverty. Women have higher unemployment and underemployment, and more women than men are working part time or in casual jobs. Women also do more unpaid domestic work than men, increasing the pressures on their time.

It’s not all bad news: there is a smaller gender pay gap in the ACT compared to the rest of Australia, due mostly to the significant number of public sector jobs with set pay rates. However, men dominate the high pay jobs bands (earning $104,000 per year or more). And because averages can mask the range of incomes, it’s important to note that 41% of ACT women earned less than the minimum wage of $600 per week in 2011, according to the ABS.

For these women on lower incomes, the high cost of housing in the ACT is a major issue. In June 2016, the median rent for a 3 bedroom house in the ACT was $450 per week, higher than Sydney or Darwin rent. Research conducted by ACT Shelter in 2014 found that women are more likely than men to be in housing stress. In 2011, 11% of women in the ACT were aged 45 years or more, single, on a low income, and renting, compared to 7% of men in the ACT in the same situation. These people are at increased risk of homelessness in the current private rental market.

Domestic and family violence and sexual assault continue to be a major problem for women in the ACT. Data published by the Australian Institute of Health earlier this year shows that nationally, women and girls hospitalised for injuries from assault were assaulted by a family member or spouse in 59% of cases. Australian Bureau of Statistics data from 2015 shows that 68% of female sexual assault victims knew the offender.

There will be gaps in our knowledge, due mainly to the limited amount of data that is both gender disaggregated and State/Territory disaggregated. But having an up-to-date report on what is happening for women in the ACT, and identifying the gaps in our knowledge, will help us better understand how to solve some of the difficult and urgent problems in our community, and make the ACT a safer, healthier place for women and girls.

Bob Jones - 55 minutes ago
Deb Wheare And Lynne Meredith... I've heard because of the more right someone who identifys as being an Aboriginal or Torres... View
Kev Martin - 11 hours ago
I find If you stop breaking the law, you don't get locked up View
Deb Wheare - 22 hours ago
Jacob Torresan face palm View
Property 14

Kir Rin - 24 hours ago
WHS Act is able to trump Discrimination law in certain circumstances. So presumably it’s possible. View
HiddenDragon - 1 day ago
A very interesting related legal question will be businesses which promote themselves as "safe" because their staff have been... View
News 16

What will it take for women in Canberra to feel safe?