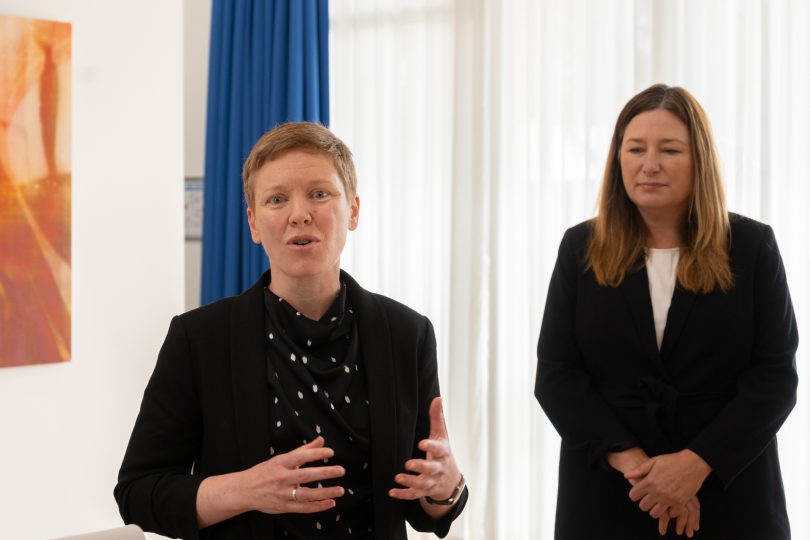 Speaking during the Women’s Safety Summit, Ms Yates said this was exacerbated by insufficient national leadership, a lack of national evidence about whether prevention programs are working and an inconsistent approach from police towards sexual assault survivors.

“We have had insufficient national leadership on these issues,” Ms Yates told Region Media.

“The summit is a great opportunity to make clear that there is a strong role for the Federal Government in leading consistent best practice and responding to domestic, family and sexual violence.

“We also require national leadership with regards to how the system responds to sexual violence … including how we might fast track cases, particularly [those involving] a child or young person, and how victims can access free, quality legal advice for related legal processes.”

Ms Yates used the platform to call for the experiences of local victim-survivors and frontline service providers to inform the national response to domestic, family and sexual violence.

The ACT Government invited Brittany Higgins to join its delegation to the summit.

“It has been the fearless advocacy of individuals like Grace Tame and Brittany Higgins that has brought us to this much needed and long-awaited national conversation, and it is crucial that these voices contribute to the national summit,” Ms Yates said.

“We need to be listening to the experience of local victim-survivors and frontline service providers, who for many years have been saying our current response system is under-resourced and cannot meet demand.”

The Women’s Safety Summit, held virtually over Monday, 6 September and Tuesday, 7 September will inform the next National Plan to Reduce Violence against Women and their Children. The current plan is due to expire next year.

Organisations and experts from all over the country came together during the summit to recognise that everyone has a right to safety and address all forms of gendered violence.

This includes best practice police responses for people who have experienced domestic, family or sexual violence.

Ms Yates said that getting the initial contact between police and survivors right is integral to “encourage faith in the system”.

“Despite this, convictions of sex offenders are not increasing, nor are survivors of sexual assault having their long term need for counselling and support met consistently, which impedes their recovery.”

Locally led action to address domestic and sexual violence in the Territory’s First Nation community is also needed in the ACT, including heeding the calls for an Aboriginal controlled women’s and family violence refuge, and frontline services that are safe for Indigenous people to access.

The ACT is additionally focused on tackling technology-facilitated abuse, with intimate image abuse and the circulation of intimate images without consent impacting growing numbers of young people in high schools, colleges and universities across the Territory.