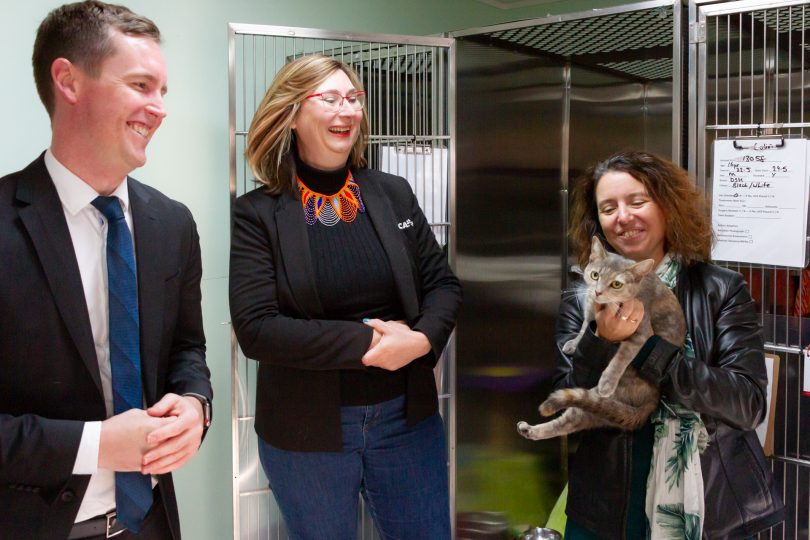 Cat owners will have to register their cats and cat containment will be introduced in all Canberra suburbs as part of a 10-year plan to provide a lifeline to native wildlife and encourage more responsible ownership of felines in the capital.

Eight strategies will be rolled out over the next 10 years to encourage cat owners to be more responsible, prioritising cat registration and cat containment in all Canberra suburbs from 1 July 2022.

Cat owners will be required to pay a one-off $57 fee when they first register a newly acquired cat and they will then need to update their details annually at no cost. There will be no charge for existing cat owners to register their current cat. Cats will also have to be microchipped in the same way dogs are.

Cats owned before 1 July 2022 are exempt from compulsory containment if their owners do not already live in a cat containment suburb. 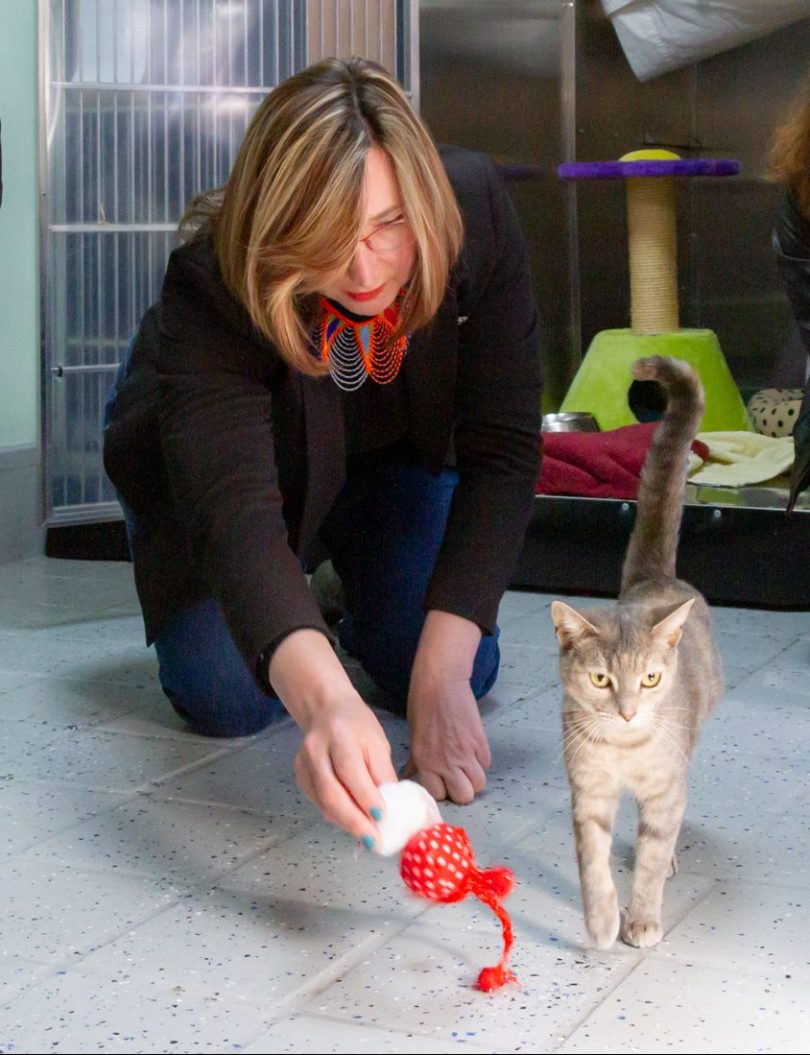 RSPCA ACT CEO Michelle Roberston said the stats on cats that stray from their confines are confronting. The RSPCA took in more than 45,000 cats across Australia last financial year.

“Microchipping, desexing and cat containment are real issues that we see in the shelter here, and we’re very glad these issues are being addressed in the ACT Cat Plan.”

RSPCA veterinarian Dr Eloise Bright is the owner of two cats. One lost an eye and another lost a leg after accidents while roaming free.

“They are now kept inside to protect their remaining body parts,” she said, adding cat containment does not prevent cats from using their instincts to hunt.

“You can make sure they are happy inside by putting their food into balls where they have to hunt for it indoors, which satisfies that natural instinct.

“It’s amazing how cats can adapt to living in suburban homes, and many people are unaware of how far their cats go at night. Studies using GPS trackers on cats have found they’ve roamed up to 200 hectares in one night.” 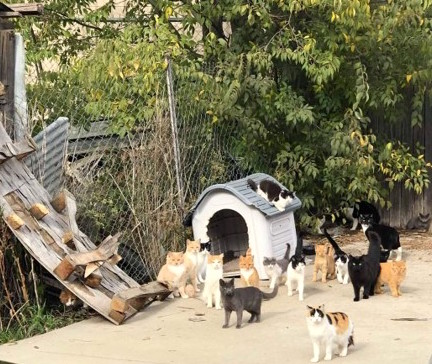 Mr Steel said the plan involved significant consultation with cat owners, environmental groups and the broader community over many years.

“It recognises how important the wellbeing of pet cats is to their owners while acknowledging the responsibility we all share to protect Canberra’s native animals and environment,” Mr Steel said.

“Outside of declared suburbs, cat containment will only apply to new cats because we understand that existing cats and their owners may not be prepared or used to containment. The grandfathering approach strikes the right balance and allows a fair and gradual transition.”

ACT Conservation Council executive director Helen Oakey welcomed the plan but said it fell short in providing better protection for native wildlife and may cause confusion as to which cats would be subject to containment.

“For too many years, we have known about the havoc that roaming cats play as a result of hunting native animals in Canberra’s precious nature reserves,” Ms Oakey said.

“Sadly, it will also mean that the impact of cats on native animals is likely to continue for more than a decade as already-owned cats age. Setting a date by which all cats across Canberra should be contained would have been preferable.”

Penalties will be introduced as part of the forthcoming legislation and are anticipated to reflect current fines for breaches of animal management laws. The maximum penalty for a breach of cat containment is 10 penalty units or $1600.

You can read the ACT Cat Plan 2021–31 and the community consultation report on the ACT Government’s YourSay website.

Does anyone know how to stop this happening? Who do we write to?

…aren’t these cats doing the hunting? BECAUSE NO-ONE IS FEEDING THEM.

This should not proceed to making the owners of the owned cats having to waste a small fortune on cat containment, kitty litter and RODENT POISON without some believable study that it is justified.

My house has 7 neighbors 3 of whom have chickens – that are messy eaters and that means rodents.

In protecting our owned cats it is US who go to Kennards to hire a cat trap and remove the stray cats and foxes from the neighborhood. I’ve caught 3 myself.

THIS MEASURE COULD BACKFIRE for the birds/mammals as it will allow well-fed, owned cats territories to be occupied by stray cats and foxes. It will see us all putting rodent bait out in larger quantities and that may kill many of these prized birds, mammals and frogs (It’s often poisoned grain).

I’d really like to see some science behind this that doesn’t sound like lazy bunkum. I once called ACT Animal Services to remove the MANY stray cats from the drain near Woden Hellenic – 20 or so – I was told they only do dogs because cats don’t attack humans. There were plenty of bird carcasses around that drain.

City fringe cat containment is much of what’s necessary.

ACT Animal Services having a blitz on foxes and stray cats might do a whole lot more for the birds and animals this is SUPPOSED TO protect. This is LAZY LAZY ACT GOVT!!!

So, the Government has rolled out its tame experts to talk about the injuries that cats are supposed to suffer when they roam free. They had to do this because the evidence of attacks on native wildlife in the inner suburbs was flimsy, requiring another excuse to be manufactured. I can find plenty of specialist cat vets who will testify that confinement hurts cats mentally, but of course this is a Greens pursued measure and they are not interested in counter-arguments.

Only new pets. But it worries me that cat haters will bait our old cat in her own yard.

Robyn Holder that does concern me too – I have an older cat (15) who doesn’t go far but some people might think should be locked up – she wouldnt cope shut up. My other two cats are fulltime indoor cats.

Not good for their Mental Health!

Margaret Lay Why not? I have a cat that lives inside (has his whole life) and I my previous cat transitioned to being an inside cat at 13 years of age. They have access to outside via a fully inclosed cat run, they have cat grass, toys, we interact with them – when they aren’t sleeping 18 hours a day. 😊 The male cat plays with our dogs when they are inside and he torments them during the day by sunning himself in windows.

Margaret Lay which part, the part where they are out hunting and killing wildlife ??? What about the mental health of those animals ???

Alana Morrissey-Smith No, my cats are 9 & 10 years old & use to going into there courtyard & immediate area. Socialise with people & people love them. To suddenly lock them up 24/7 would be extremely cruel & a detriment to their mental health.

Margaret Why don’t you cat proof your courtyards? There are so many options.

Why are people laughing & smiling in this photo?

DAS can’t even address nuisance dogs from barking, and they know where they live.

Except cats owned before July 1 2022 are exempt from containment unless they already live in a car containment suburb. I’m sick of the number of cats that roam my neighbourhood

Elspeth Shannon Rollason Public policy is not for you specifically.

Kytie Mclign not suggesting it was. Cats kill wildlife

Elspeth Shannon Rollason We are sick of them too. We live right next to a “cat containment area” and the cats are always roaming. It’s a bit of a bandaid – it’s not being policed. I’ve found countless dead native birds and three very small, baby possums dead out the front of our place. Walk around the neighbourhood and there are many many birds dead from cat attacks. Cats do not belong here!

Get the cats to cut down the rabbits round the lake…

Stuart Roesler two of our cats have been rabbit catchers and very good mouse catchers.

Claire Cat I think he means when trapping cats that are out, it’s not like they can check until they are in a trap, or caught.

Giles Tranter Some cats are escape artists, and find ways to get out. It’s the same with dogs that get out of yards. Not necessarily the intent of the owner. 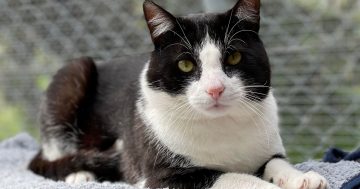 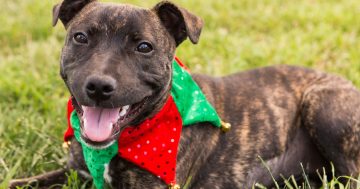 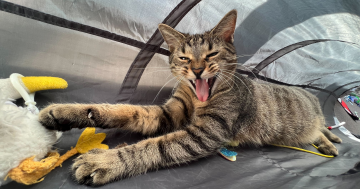 Is it time to ban all cats in Canberra?