Stigmatised properties. What the agent should tell you. 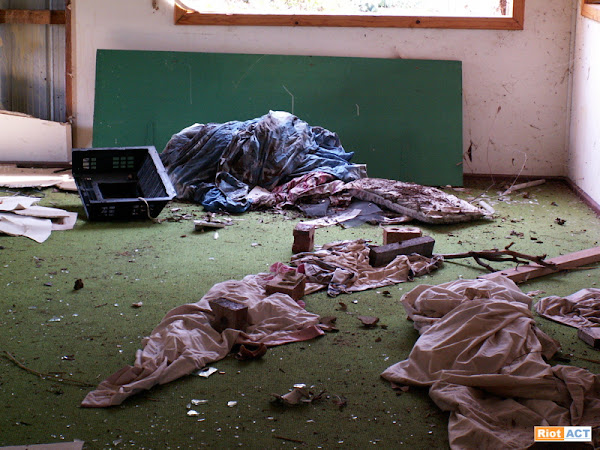 The Office of Regulatory Services has released a reminder to ACT real estate agents on their duties of disclosure in relation to stigmatised property – that is, any property with a stigma attached to it.

There is no set list of what a stigma is, but it applies to anything that could affect the value of the property. Examples given by the ORS include:

— The history of the property, such as if gruesome murders or suicide occurred there.

— Health and safety issues such as proximity to toxic waste or chemical residue.

— Proximity to other properties with a history or to unsound or violent neighbours.

— Any other matter that is so clearly relevant to buyers they cannot be expected to be ignored.

ACT real estate agents have a duty under the Agents Regulation 2003 and the Australian Consumer Law 2010 to tell buyers of any such stigmas and act honestly, fairly and professionally.

Agents face criminal penalties up to $1,100,00 for misleading or deceptive conduct and can lose their licence to be an agent in the ACT.

This means prospective real estate buyers can expect their agents to tell them of anything about the property that could change your willingness to buy it.

In 2006 in the NSW case of Hinton & Others v Commissioner for Fair Trading, the two owners of the house and their daughter were murdered in the house by their son.

The agent knew this had to be dealt with in advertising the house, but decided to say the house was a “deceased estate” whose beneficiaries did not want. When the buyers found out they were released from the contract and the agent forced to pay penalties.

So, although we hope you never find yourself being misled by a trusted real estate agent, these changes are important to note so you know where you stand the next time you buy a house.

[Photo taken from our story on the ghost zoo]

14 Responses to Stigmatised properties. What the agent should tell you.
Filter
Showing only Website comments

“up to $1,100,00 for misleading or deceptive conduct and can lose their licence to be an agent in the ACT.”

They should be required to refund, at the buyer’s request, anything up to the full purchase price at their own expense.

Then where is the disincentive? What is going to stop them doing it again? I mean if they just refund they are just losing one sale which they probably wouldn’t have made anyway if there had been full disclosure in the first place.

Does this include notifying the potential tenants that there’s a scrot-bag inter-generational welfare dependant criminal family living in the area? aka ‘state sponsored terrorists’?

If I ever sell-up and move out before the houso filth beside me do (and I refuse to do so because that would mean that they win), I won’t be telling anyone what they are like!

I’ll do what the people I bought the house off did, pay the filth a hundred bucks to clean up the yard and keep a low profile for a week while the deal is done!

This policy was obviously not in effect when the Lutzs bought their house in Amityville.

Does this include notifying the potential tenants that there’s a scrot-bag inter-generational welfare dependant criminal family living in the area? aka ‘state sponsored terrorists’?

So it is ok not to disclose anything if only non-gruesome murders or suicides occurred there?

“up to $1,100,00 for misleading or deceptive conduct and can lose their licence to be an agent in the ACT.”

They should be required to refund, at the buyer’s request, anything up to the full purchase price at their own expense.

If the house where Joel Monaghan got freaky with Rover comes up for sale, does this rule apply as well???

Is there a list somewhere of properties on the market that are reputed to be haunted or where a murder has occurred? They’d be available for cheap, right?

Anything is available for me baby

Is there a list somewhere of properties on the market that are reputed to be haunted or where a murder has occurred? They’d be available for cheap, right?

This is Canberra. Stabbed to death, yes, but make the buyer prove the intent was there to murder.

By the way, there’s a ghost in the upstairs bedroom…

Yes, Warm. No ghosts. Did I mention ghosts? Silly me because there are none.

That’s why you should only ever tell an agent the absolute minimum of information that they need to sell the property. Don’t volunteer a thing, and answer all their questions succinctly so as not to include any additional information not directly related to their question.

That way when a prospective buyer asks “Has anyone been stabbed 49 times in the kitchen of this house?” they can smile and say, with their hand on their heart “I have no knowledege of any stigma attached to this house”.

Does this apply to informing potential tenants as well?

Pauly Berger - 11 minutes ago
What is the Chief Health Officers view? Apparently she thinks it is too dangerous for people to have a beer at a pub or club,... View
Theresa Rowan - 13 minutes ago
I support 'black lives matter' but will stay at home to protect the community from a pandemic second wave. View
Steph Brimson - 51 minutes ago
M.J. as Bronwyn referee below: Australian's have the right to peaceful assemble, under the Magna Carta regardless of public h... View
News 37

Ken Chau - 11 minutes ago
Why Dickson?! How about O’Connor or Ainslie? View
Alex Elliott - 2 hours ago
How can Braddon and Dickson get $14 million combined and the single bus depot building get $6.5 million. I'd like to see how... View
Ian Daun - 13 hours ago
How about replacing the letter boxes that have been removed. View
News 24

Elroy Jones - 5 hours ago
If you'd like to live in a rural setting then perhaps consider moving away from the city. View
Property 5

John Brinsmead - 15 hours ago
wonder when we'll see a da for an 8 to 20 story building. View
Theresa Rand - 21 hours ago
Very sorry to read this article... my husband and I do not live in Weston but would make a trip to Weston to visit the booksh... View
show more show less
*Results are based on activity within last 7 days

Building a new home, or renovating or extending your existing home, is one of the biggest investments you’ll ever make,...
News 38

ACT Policing has confirmed that it will not be focused on enforcing social distancing and health directions during Black Lives...
News 37

A Geocon proposal for an eight-storey mixed-use development in Kingston is out of step with the character of the area...
Property 31

@The_RiotACT @The_RiotACT
Fidget the friendly lorikeet is at @rspcaact waiting for her new owner to come along. Could it be you? https://t.co/Z0hnglnnYP (1 hour ago)

@The_RiotACT @The_RiotACT
Can you see yourself living in a luxury 10th floor, four-bedroom CBD penthouse? Here's your chance to make this stunning home yours https://t.co/z1ZSZFTIQv (2 hours ago)