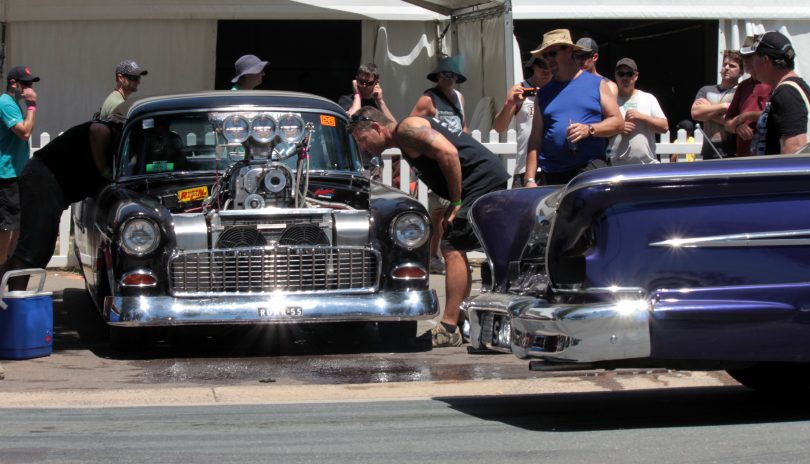 Summernats should be about a love of cars and able to be enjoyed by everyone.

The Summernats juggernaut has rolled in and out of town once again, bringing with it more than 100,000 visitors – the majority of them from interstate. It is now a Canberra institution but one that is working to shed its reputation as a hotbed for sexual harassment and intimidation, and signalling a wish to be viewed instead as a family-friendly and inclusive event.

After many years of concerns being raised regarding the safety and treatment of women attending the event, particularly given that it has been an environment where some patrons see the event as licence to engage in activity that degrades and harasses women, this is good news. The actions of event organisers demonstrate that there finally seems to be a real commitment to changing the event and creating an environment that better aligns with our community expectations around appropriate behaviour and how women should be treated.

The new owners of the event need to be commended for the real efforts they are making to create a much more positive environment. In spite of howls of protests, wet t-shirt competitions and the Miss Summernats competition have been banned, and there are no longer strip shows within the event. This year, patrons were required to acknowledge that this was a ‘safe space for women’ and asked to refrain from sexual harassment as a condition of entry.

While somewhat astounding that some of these practices were ever OK, there is a need to acknowledge that these were brave moves and are essential first steps that had to be taken if this event is to survive in the modern world.

Even so, the experience of many women who attended this year’s event highlight that there is still a long way to go, and event organisers need to be encouraged and supported to continue their work in cleaning up the event. A number of women who attended the event reported leering, sexual harassment and intimidation, and a need to modify their own behaviour to keep themselves safe. Many women still do not feel safe to venture in certain parts of the venue, and families tend to steer clear after dark due to alcohol adding more danger to the situation. Extremely disturbing was the reports that predatory activity had spilled outside the venue, and young women working close to the venue were subject to intimidation and harassment. One positive is that the consensus seemed to be that this type of behaviour seems to be less pervasive than it has been in previous years, but some patrons were still questioning actions taken, suggesting they were ruining the vibe of the event.

Catcalling, verbal harassment and intimidation are not ok in any environment. This behaviour is not ‘a bit of fun’ or ‘boys being boys’ but is an activity that creates an unsafe environment, puts women at risk, and erodes gains we have made in creating a more respectful and equal culture. Removing this type of unacceptable behaviour is far from ‘messing with the spirit of the event’ and rather about taking into heart what this event is supposed to be about – appreciating and enjoying street machines and creating an environment where all people can have fun and enjoy the noise and energy, without feeling threatened or intimidated.

I think that the event organisers should be congratulated for their actions in the lead up to this event, but encouraged to continue working towards stamping out anti-social activities that degrade and threaten women. What do you think?

Summernats has been run successfully for 30 years, Chic Henry did a great job. Whether you think it’s better than it was is a personal opinion. I personally believe it it’s getting to soft. Everyone knows what the summernats is like and the people who like it keep coming back and have so for years. Stop messing with the best car show in the country.

I find the culture within Summernats to be more family friendly every year. I take my young boys there as well as Braddon on Friday and Saturday nights. I did not witness any examples of sexual harassment or cat-calling. I was a charity volunteer all day for three days including many hours on Tuff Street and saw many men making way for women and kids to get a better view of the cars.

This is completely unrelated and NOT a comment on fashion/sexualised dress sense but as I was handing out sunscreen all day, I found it interesting from a skin-cancer prevention perspective that on average men were more sun-smart than women (ie larger hats, applying sunscreen, less singlet tops, longer pants etc). Of course, you still saw blokes with no shirts on… suns out, guns out? Slip Slop Slap people! 🙂

The new owner has killed the summernats over the past few years.

In regards to anti-social behavior to females it’s no different to a Saturday night in a night club in any city throughout the world, it’s just not diluted.

There were no sexual assaults reported this year at summernats, but they happen weekly through out Canberra.

I’m against this anti-social behavior, but the issue is a lot further spread than a car event that happens once a year and has been for 30+.

That was similar to my comment to someone arguing its a Summernats problem. Actually its a culture more generally problem. Why I can’t walk around any part of my town without altering my behavior or taking extra precautions should be just as appalling as if the heightened caution is required at any event. Needs to be addressed more widely than just as a Summernats issue.

How has the new owner killed the nats?

I’d like to say that it’s just my opinion, but this year was the 21st Summernats I have attended and as a filmography who mingles with entrants and spectators these feelings were common across the board.
If I didn’t live in Canberra, I certainly wouldn’t visit next year if I had to travel.

Mike Bessenger the fence issues is due to insurance and complying with risk. We as a society pass the buck on personal risk and play the blame game…becoming like America…she for everything. It’s disappointing but that’s life. Running such events is not easy with WHS laws, red tape and insurance costs. I think that the organisers are trying to do good things and trial and error to find a new format may annoy you but til they try things they won’t know what works and how the punters feel.

I went with my family this year, having not been for years, and it had a different feeling to it, the one last bastion of testosterone “Tuff Street” was possibly the only area that was close to how it was years ago. That said my wife walked into the area and wasn’t harassed at all, In fact some men made way so she could witness the going’s on. We stayed until the concert had concluded and at no time did we feel threatened or uncomfortable.

Summernats brings a huge influx of money into the ACT at a time where businesses need it as its generally a quiet time.

I know the organisers can’t control what goes on outside the venue, but the people it attracts to the area (some people) use the local streets as racing tracks putting us locals at heightened risk. I’m so over the sound of burn outs and stupidly loud revving engines on Flemington Rd

Trying to turn a pigs ear into a silk purse. Good luck with that.

Time’s Up for Summernats too. Its not okay when the kind of behaviour described in this article is still happening. It’s not okay to think that an ‘oath’ on entering is enough to curb the behaviour. Its not okay for women and families to feel unsafe in the venue and particularly outside the venue. ‘Support and encouragement’ is not enough.