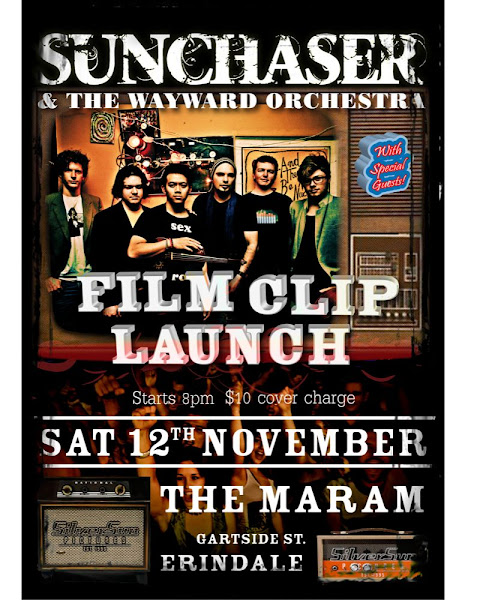 The Sunchaser & the Wayward Orchestra film clip launch date has been set!
We’d love to see you all there!

For those of you who were part of the audience during the shoot…come check out how pretty & ridiculously good looking you are on camera! Boi yaaa! Grrrrr!! ; )

For those who weren’t there on the film shoot …this is a great opportunity to see what we are all about!

The film clip is produced by the fine folks at SilverSun pictures & comprises of retro “Hanna Barbera stye” animation as well as rockin live footage from the Maram!

The night will feature:

See you there gang!! 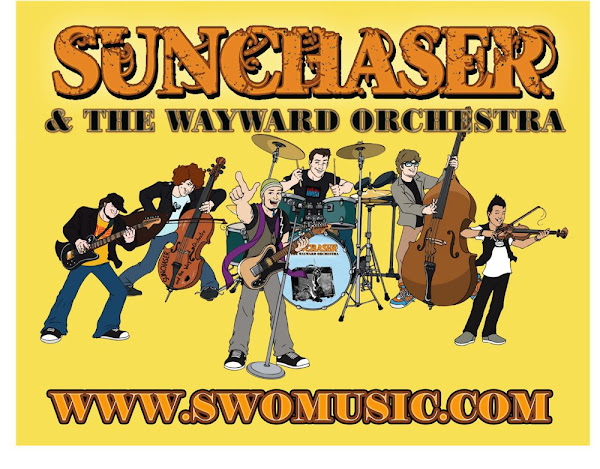 Here’s a link to the film clip they launched, it is pretty sweet

Mark Monterosso - 59 minutes ago
What happens if you don't have a phone? View
Donna Gorham - 60 minutes ago
Jayne Denise not us. Restricted businesses like cafes, gyms etc View
Dan Tow - 10 hours ago
Sarah big brother is watching View
News 18

Nell Feneck - 2 hours ago
No thanks View
Jessamine Bernadette Elena Perlibachas - 3 hours ago
Unnecessary suicides occur every day because of this system failure. Forcing suicide as the closest thing to a choice prevent... View
Jessamine Bernadette Elena Perlibachas - 4 hours ago
Yep. In the words of an ACT geriatric specialist "in the modern age the worst possible death for an aged or critically I'll p... View
Sport 27

Fiona Lovegrove - 2 hours ago
How did I miss This article? Great piece about a great friend 😁 No mention of the Pot Belly incident lol View
What's On 6

Kristin Smith - 9 hours ago
Yumyumyumyumyum!😍😋 I've always loved the food - and the doughnuts are next level! View
Food & Wine 15

Kate Tricks - 11 hours ago
Bad news for those of us looking to buy... View
bj_ACT - 15 hours ago
Chewy I’m surprised by your views based on some of your previous comments over the years. I’m not sure that property Deve... View
Sandra Noonan - 16 hours ago
No no no !!!!! View
Opinion 7

HiddenDragon - 12 hours ago
"The ACT needs home-grown solutions that fit with its culture and the aspirations of its people and origins, not imported min... View
Gabriel Spacca - 15 hours ago
Well I feel sorry for those who are coming here to escape the anthills of Sydney and Melbourne. The current government is try... View
Marc Edwards - 16 hours ago
Ian Bushbell is about 50+ years to late View
What's On 1

Roasted garlic ice cream, pistachio and cherry essence, spearmint and salted caramel - these were the ice cream flavours that...
News 18

@The_RiotACT @The_RiotACT
Want a rural lifestyle in a modern home close to CBR? This 4BR Murrumbateman gem comes with a flexible floorplan, gorgeous views + all the best aspects of an iconic Australian homestead https://t.co/TxbdsVfG4S (3 hours ago)

@The_RiotACT @The_RiotACT
Musicians have survived the COVID-19 shutdown with backyard gigs and venues at reduced capacity, but with JobKeeper ending on 28 March and noise restrictions in Civic, many are wondering what's next for live music in the capital https://t.co/vwb3OyHZ5w (13 hours ago)

@The_RiotACT @The_RiotACT
Meet Linus, a cat who has had a tough start to life and is at @rspcaact waiting for a special owner who has plenty of time & patience to help him settle into his forever home https://t.co/o8YjOFw68q (14 hours ago)