Frederick Elijah Mercy Tuifua has pleaded not guilty to the stabbing murder of ACT Comanchero’s boss Pitasoni Ulavalu during a nightclub brawl at Kokomo’s last month.

The 26-year-old was charged by ACT Policing three weeks ago when three men were arrested after attending The Canberra Hospital with a fourth man who had multiple gunshot wounds.

Mr Tuifua appeared in the ACT Magistrates Court via phone this morning (25 August) where he entered the plea.

The other three men, who were charged with affray in relation to the fight at Kokomo’s where Mr Ulavalu was stabbed, also pleaded not guilty. 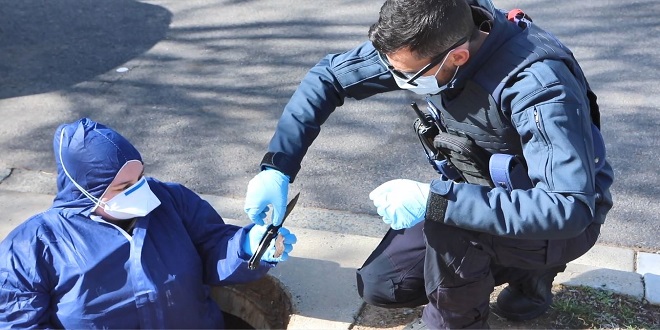 Investigators with the knife suspected to be connected to the murder of Pitasoni Ulavalu. Photo Supplied.

All four men remain in custody and will appear face court again in November.

The shooting remains under investigation.