Swap your invasive weeds for beautiful native plants this weekend 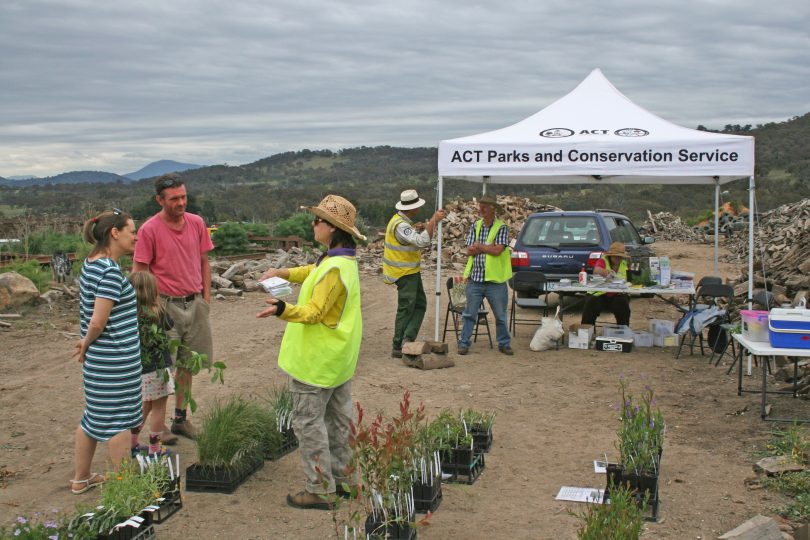 Mugga Lane will be one of two venues for the spring weed swap this weekend. Photo: Supplied.

Canberrans can rip out their garden’s weeds and invasive species and swap them for bush-friendly natives this weekend at the Environment, Planning and Sustainable Development Directorate’s annual spring weed swap.

Community Programs Coordinator Alison McLeod said a range of attractive, native plants would be available for swapping, including small trees such as wattles, shrubs including Correa, groundcovers like Rock Daisy and native tussock grasses.

“All the plants are supplied by local growers and are very hardy in the Canberra region,” Ms McLeod said.

She said Canberrans were lucky to have a number of great nature reserves and parks right on their doorstep.

“But it means we need to be mindful of invasive species leaving our yards and affecting our natural environment,” Ms McLeod said.

“The ACT has over 450 kilometres of urban interface with bushland so we must make every effort to protect our special places, and preserve our native fauna and flora. Invasive weeds can enter bushland and compete with our native plants. When weeds replace the native plants, birds and other animals may look for somewhere else to live.”

Ms McLeod urged people to inspect their gardens and identify invasive species that could be swapped for natives.

“Established gardens have older style plants, many of which we now know are invasive, such as Privet, Cotoneaster, Pyracantha (Firethorn) and Hawthorn. Even some plants available from nurseries are known to be invasive and escape into our reserves such as Gazania, Freesia, Mexican Fountain Grass, Harlequin Flower and Spanish Heath,” she said.

“Lots of ACT residents don’t know they are harbouring these noxious weeds which can escape from gardens into bushland where they grow vigorously, threatening local plant and animal species.”

Ms McLeod said the weed swap not only helped control weeds, but educated people about identifying and treating invasive weeds in a responsible way.

“The weed swap now in its 15th year is a partnership between the Australian Native Plants Society and the ACT Government,” Ms McLeod said.