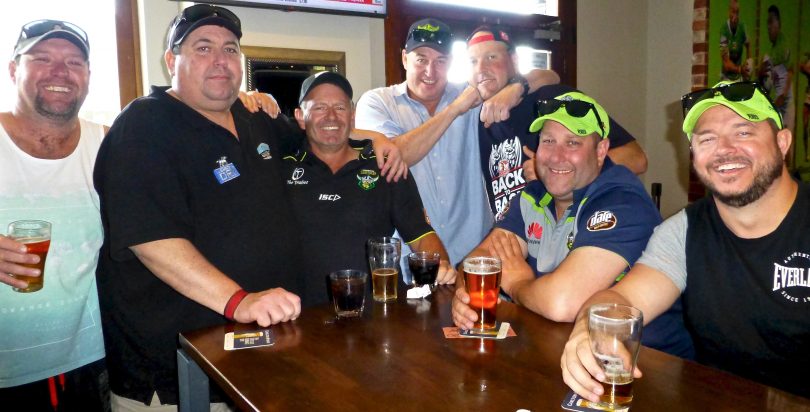 It’s Monday afternoon at the Hotel Queanbeyan (aka, the Top Pub) and a replay of the NRL grand final is on the big screen.

Canberra Raiders’ supporters are sitting at the ‘table of truth’ and are slightly more engaged in conversation about whose shout is next, until a lone Sydney Roosters’ supporter sounds a wake-up call, except that it’s about 4:30 pm.

“Here it is, you’ve got to see this. It’s a pivotal moment in the game,” he says.

It’s the moment just before Raiders’ five-eighth Jack Wighton crosses for their opening try in the 29th minute.

The lone Rooster is calling for all to look at the little knock-on that he claims is made by second-rower Elliott Whitehead before Roosters’ fullback James Tedesco leaps to diffuse the kick. Tedesco loses possession. Wighton scores off the next play.

No one buys the so-called ‘pivotal moment’ and the Top Pub publican Mathew Griffin threatens to “cut him off” if he carries on with any more of that rubbish.

Those gathered for the grand final post-mortem are more interested in buying into the renewed spirit of rugby league and the Raiders once again being “the people’s team”. 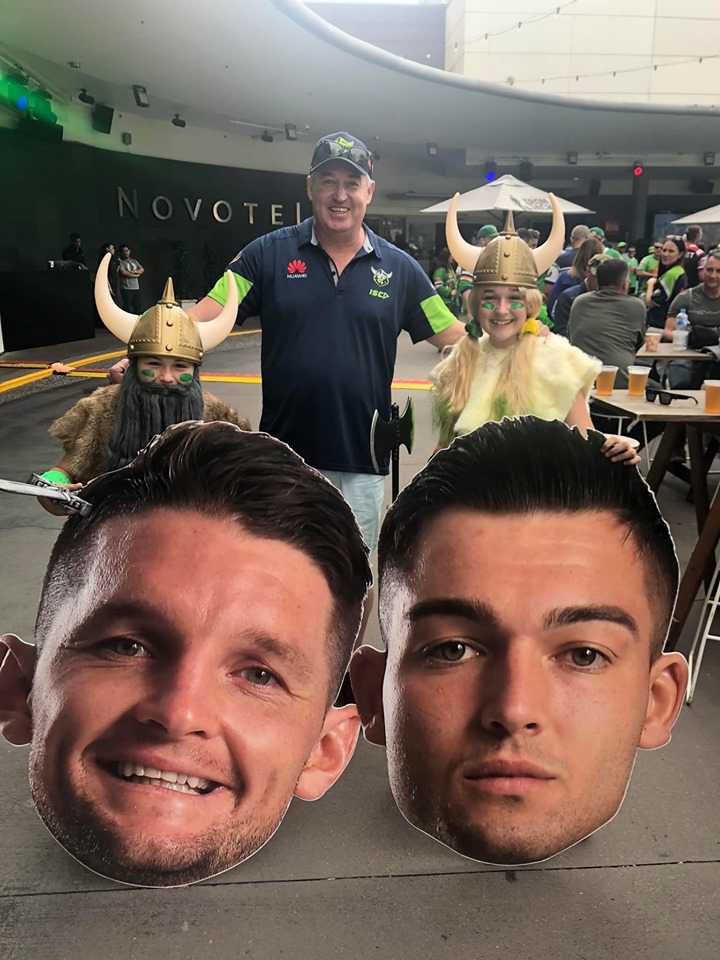 Mathew Griffin with his two children all dressed for the NRL grand final. Photo: Supplied.

Griffin said the community support behind the Raiders will definitely carry momentum into next year, with Raiders’ membership already increasing well beyond 20,000. He says it shows that the heart of the club lies with its members, compared to the much richer Roosters club.

Long-time Raiders’ member Daniel says credit has to go to the players.

“The players haven’t put a foot out of line. They’ve been awesome to the fans and they’ve engaged with us to thank us for the support. We couldn’t be more proud of them.”

Paul, who watched the game at the Top Pub, said, “You couldn’t move in here last night. It was shoulder-to-shoulder, again”.

Daniel was at the grand final and said the Raiders’ supporters who went to Sydney were very gracious after the game.

“It was unbelievable seeing just how much support there was for the Raiders,” Daniel said. “Even after the game, there was not one drama.”

“I think the Roosters’ fans thought they were pretty lucky to get out of jail with the win,” said Griffin.

“It was never going to be the 26-0 scoreline, or whatever, that Gus Gould predicted,” says Jeremy. 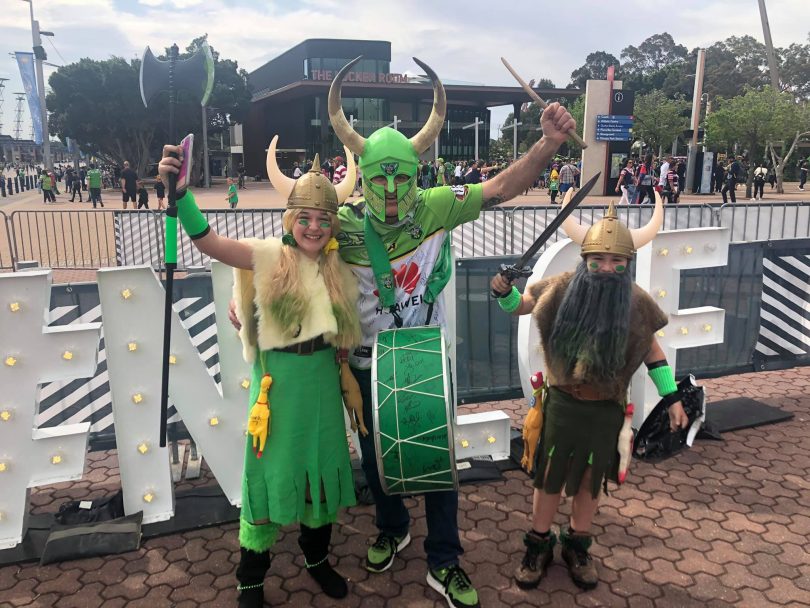 The man behind the Raiders’ Viking clap, Simon Tayoun, with Raiders’ fans at the grand final. Photo: Supplied.

The post-mortem, of course, runs into a few other pivotal moments in the grand final. Those sitting around the ‘table of truth’ have moved on from a couple of moments that book-ended the game and affected the outcome.

“Let’s take the game back to one referee,” says Buddy. “We’ve seen it in the British rugby league and the games go a lot better.

“And trainers on the field, it’s a blight on the game. We don’t see people lurking in the background in basketball or soccer,” he says.

“I’m surprised teams haven’t tried to kick the ball at the ref or the trainer more often,” says Griffin.

They all concede that the Raiders had to score while Roosters’ play-maker Cooper Cronk was off the field, after being sin-binned for a professional foul on Raiders’ prop Josh Papalii.

Roosters’ supporter Steven also said the Raiders failed to score when they had the chance.

“The Raiders won the penalty count, they had all the possession and they even had one of our players sin-binned. They just couldn’t produce when they needed to,” he said.

“The six-again call was on our try line and we went the length of the field to score. It might have been a rough call, but it was the right call. If they stick with the original call, then we’d be blowing up because of a wrong decision.

“And if you replay what happened in the 29th minute, we were robbed,” Steven says with a laugh.

“The chance to win the game was taken away from us and that’s the real shame,” says Daniel.

“You’re thirsty after you’ve been in here for three minutes,” says Buddy, as the table of truth breaks into laughter.

Looks like this year’s grand final has just whet the appetite for things to come. 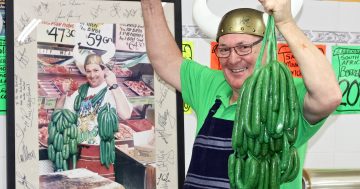 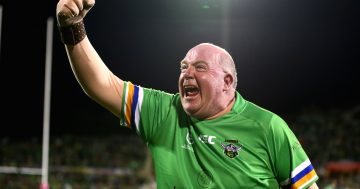 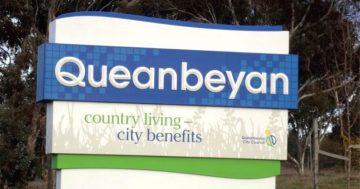