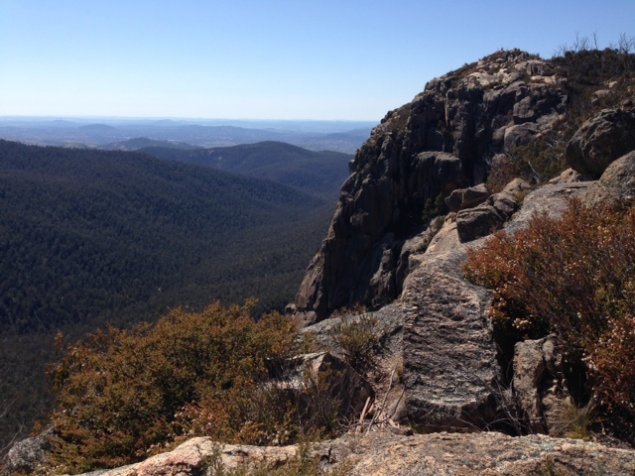 Making the most of a beautiful spring day and attempting to shake off the last of the jetlag after returning from overseas a few days before, I headed out to Namadgi National Park for a hike.

The destination was Booroomba Rocks, which is a 45-minute to one-hour drive from Canberra, depending on your starting point.

I’ve recently returned from an overseas trip where I did a lot of hiking. I was keen to keep up the fitness gained. While I knew the Booroomba Rocks hike was nowhere near the standard of what I was doing in Norway (which often needed chains needed to ascend and had sections covered in snow) it was good to get back into the Australian terrain and hike without any rain!

It’s a further three kilometres to the hike starting point. The dirt road to the carpark is a little washed out, so I opted to walk the three kilometres in, parking my car just where you drive in. People seemed to get in with their two-wheel-drives but a bit of extra exercise never hurt anyone.

The access road in has a few hills but it’s a fairly easy and peaceful walk. Once you get to the starting point, it’s a steep but quick 30 minutes up to Booroomba Rocks. 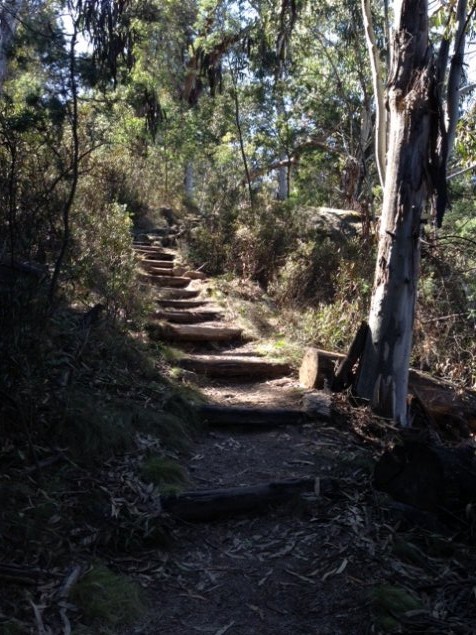 Once you reach the top, there are various viewpoints if you like to scramble over rocks like me and get as high as you can. You can see as far as the Telstra Tower on a clear day and also across Namadgi National Park.

Booroomba Rocks has similar terrain to Gibraltar Peak with stunning sweeping views. There are lots of places to sit and take in the views, so it would be the perfect location for a picnic. 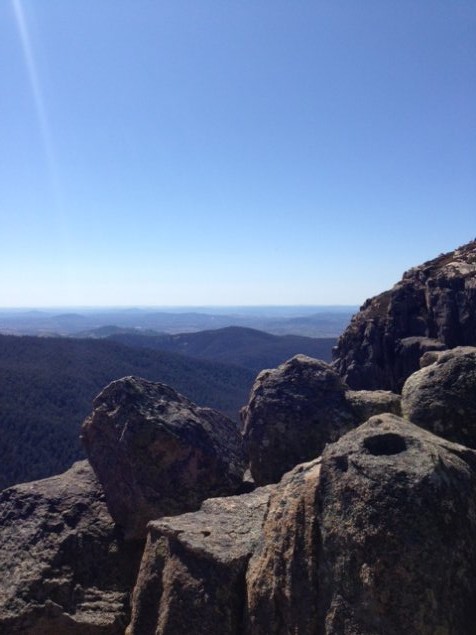 There were plenty of people around so it seems quite a popular hike. All up it was a two-hour return trip from the campground (due to walking six kilometres in and out). It was a great half day hike. 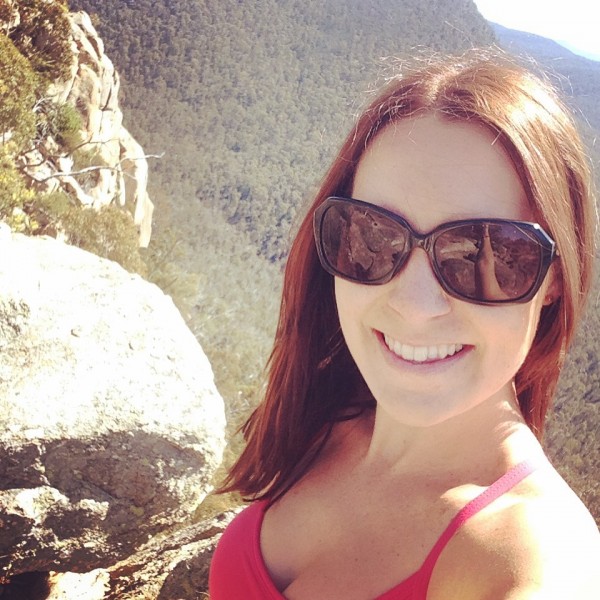 If you’re feeling particularly energetic, you could combine this hike with another in Namadgi National Park. Mt Tennant is nearby but since it’s is a good five- to six-hour return hike, I’d recommend one of the other, shorter hikes in Namadgi or Tidbinbilla.

Grant Burns - 15 minutes ago
I’m no mathematician but as I see it there are 318,148 registered vehicles in the ACT (ABS Jan 2021), and according to the... View
John Wardrop - 50 minutes ago
Nada Krstin the ACT has no industry other than government, government only gets revenue from taxes. Parking is part of govern... View
Nada Krstin - 59 minutes ago
Pete Macca I agree, far too hefty for a parking infringement, whether for a disabled spot or not. The fines are not consisten... View
Community 165

Nada Krstin - 15 minutes ago
Craig Robinson Thank YOU for setting it up! I see good results, that Bruiser has been desexed and will be back with Paul soon... View
Sunny Jay - 5 hours ago
The dog needs to be under control at all times in public places where interaction with others can occur. On a leash is the be... View
Bernadette Bryant - 5 hours ago
I disagree! It is the other side of the story. I am very afraid of dogs! This dog was unrestrained and people don't seem to c... View
Sport 2

Liam O'Toole - 40 minutes ago
National Capital Authority ignored all submission put in against the redevelopment. It's the biggest waste of money and vanit... View
Opinion 13

Capital Retro - 3 hours ago
There is absolutely no incentive for people to downsize. The ideal requirement for downsizing seniors is a single level town... View
bj_ACT - 5 hours ago
I’m surprised you don’t think the price of land has risen much in the last year. One half of a sub divided block near me... View
cockneyreject - 6 hours ago
We can’t assume Australia’s taxpayers will be prepared to subsidise Canberra with high salaries forever. Canberra will no... View
Community 2

Anne Brechin - 3 hours ago
I’m not convinced society as a whole wants to jail 11 year olds. View
Coralee Rauber - 4 hours ago
At age 11 the kids know better. The age should stay at 10 to be sentenced View
Community 4

Paul Mathews - 5 hours ago
Looks like my Neighbour's BARKING DOG, went off BARKING 3 wks agao View
Alex SmilyLex - 7 hours ago
I had at least 3 encounters with dingos in the last 2 years from 8 trips to the top of the montains.... View
Opinion 4

John Moulis - 6 hours ago
I have to admit I liked watching the skateboarding especially when the Japanese boy sailed through and won the gold medal whi... View
show more show less
*Results are based on activity within last 7 days

The owner of the historic St John's Orphanage at 52 Mundy Street in Goulburn has been ordered to demolish the...
Community 90

@The_RiotACT @The_RiotACT
Sophia Brady knuckled down and did her Wurst at the Harmonie German Club - Canberra's headquarters for hearty-food fans where pork knuckles and mega-schnitzels abound https://t.co/YFY9oVyxmM (22 minutes ago)

@The_RiotACT @The_RiotACT
From the street, the award-winning 35 Negus Street in Watson will stop you in your tracks. But behind closed doors, it will take your breath away https://t.co/cXNZqMbJsP (1 hour ago)

@The_RiotACT @The_RiotACT
The @AWMemorial's plans for three key redevelopment projects have gone to the NCA for approval. Here's how you can get involved in the consultation process https://t.co/xBSUTTrCpU (2 hours ago)