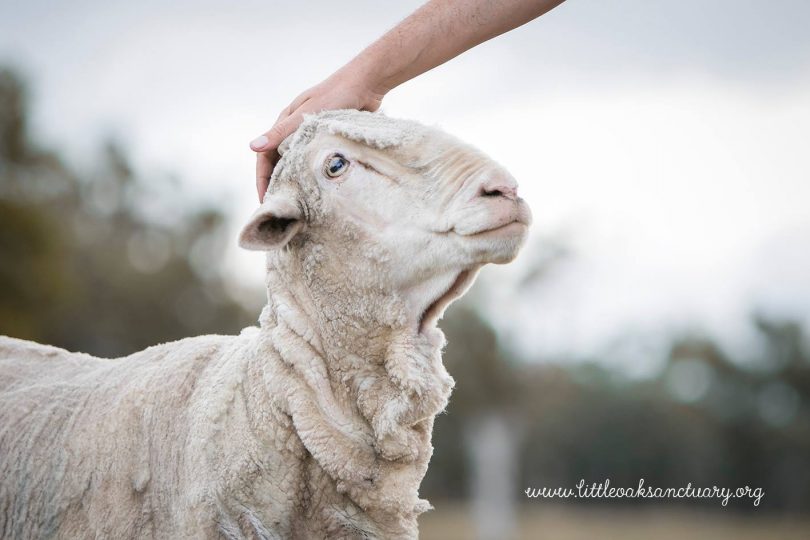 The Little Oak Farm Animal Sanctuary, which is about an hour’s drive east of Canberra, sits just north of the Tallaganda fires (North Black Range, Palerang fires), between Manar and Warri.

On Friday (29 November), when the fires threatened the town of Braidwood, the danger came too close to comfort for this animal rescue and rehabilitation farm.

By Saturday morning they found themselves in a race against time trying to evacuate their animals to nearby sanctuaries that had offered to take them in. All of the 186 animals at the farm, bar two, were moved. 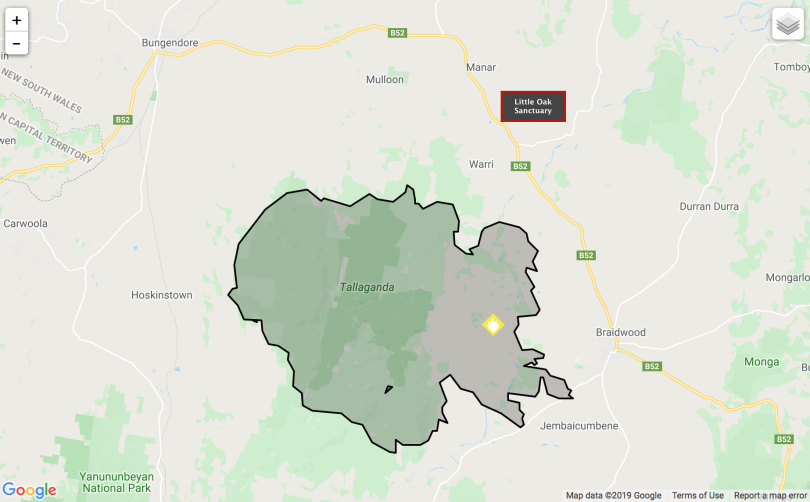 The Little Oak Sanctuary is home to pigs, sheep, goats, roosters, hens, broilers, geese, turkeys, ducks, pigeons, cattle and horses. The Sanctuary has been a refuge to rescued and abandoned farm animals since 2013 and a safe haven for animals that have escaped abuse and abandonment, such as miniature pigs, goats and roosters. 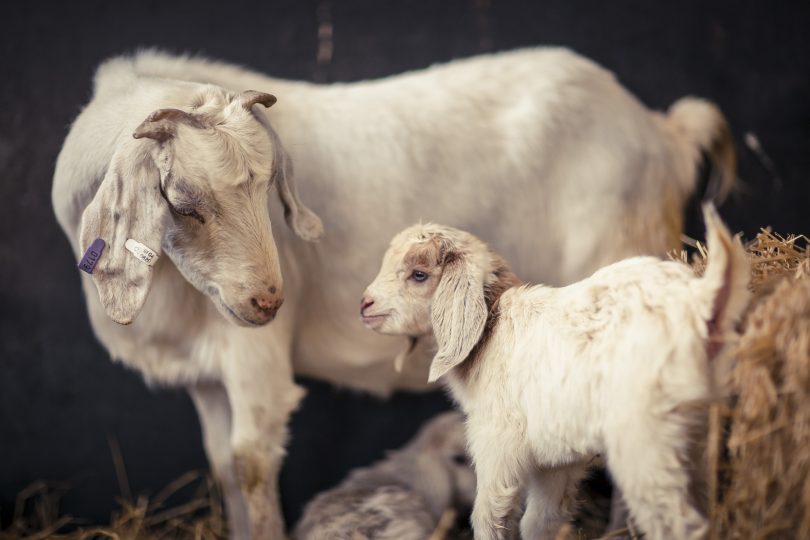 A mother goat with its young one at the Little Oak Sanctuary.

Co-founder and vice-president of the sanctuary Kate Luke said that they were trying to supply hay and fodder for the animals to the sanctuaries which have taken them in. They had been battling the drought all through this summer and have been making efforts to raise funds for feed and water. The sanctuary’s resources have been stretched and they are waiting for respite. 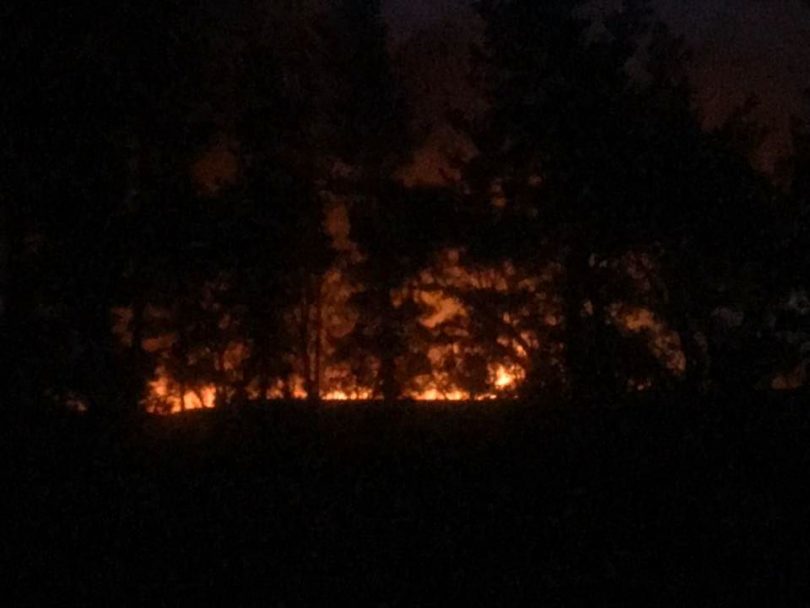 Speaking to Region Media, Kate said they’ve been watching the weather forecasts closely as wind is determining the course of the Tallaganda fire. Yesterday (6 December) the fire picked up and was classified as Watch and Act, one level up from the Advice level it was categorised as on Thursday by the NSW RFS. 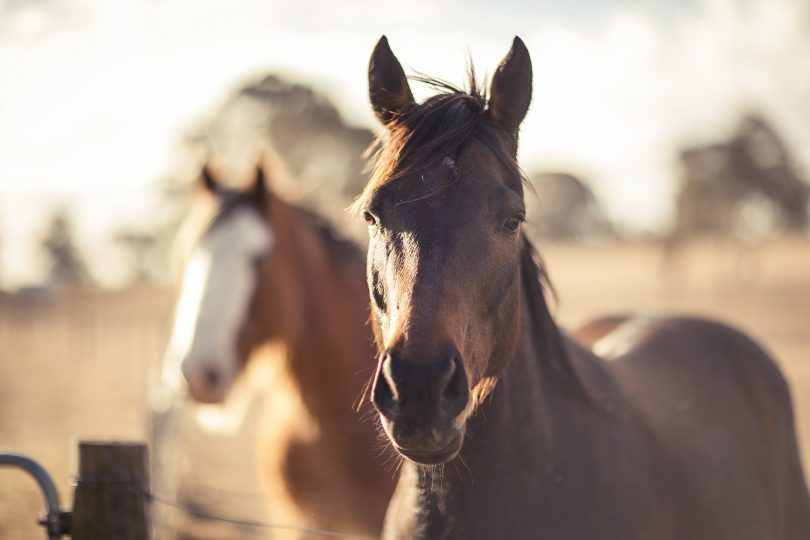 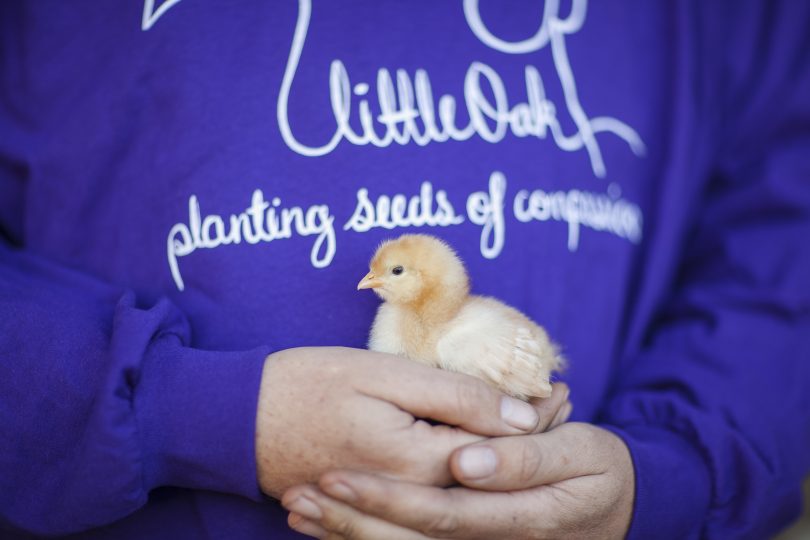 Kate and James, the sanctuary’s founders, are not only concerned about the overarching impact that it has had on their farm animals, but are also worried about the ecological damage that the catastrophic fires have done to forests, bush and wildlife in the region.

For now, though, they are in the midst of battling the logistical challenges of protecting their property and planning the return for their animals, alongside coordinating their stay at different sanctuaries that have taken them in.

If you are passionate about animals and would like to extend a helping hand, you may like to contribute to the return and welfare of the evacuated farm animals of the Little Oak Sanctuary here.

Nicholas Spence - 2 hours ago
Yeah, he's the Chief Minister. So yeah I'd like to hear what he has to say on such a significant issue. Especially since his... View
Malcolmo Oz - 3 hours ago
Nicholas Spence Why? Do you expect him to step in and overrule ACT gaming regulatory approvals? View
Peter Marshall - 16 hours ago
That's not a good casino... View
Opinion 115

Malcolmo Oz - 4 hours ago
Damien Harrop Seriously? Have you ever heard of “Google”? When I read your post citing NZ’s national day, I wondered ab... View
Malcolmo Oz - 5 hours ago
Peter Bee Ummmm you mean 1-January? The Commonwealth of Australia Constitution Act (UK) was passed on 5 July 1900 and given R... View
Capital Retro - 13 hours ago
Peter Mackay and spiral are both correct. View
Community 33

Gerda Lawrence - 14 hours ago
Fiona Tan hopeful they survive View
Anna Smith - 14 hours ago
That's it! I'm coming over there and saving all the platyes. View
Stephanie Moore - 15 hours ago
Ali Bear yes, I know & I’m so pleased about the measures they are taking to help protect this and other species through the... View
Lifestyle 4

We have just passed another bushfire milestone in the ACT. It's 17 years since that fateful January day in 2003...
Community 30