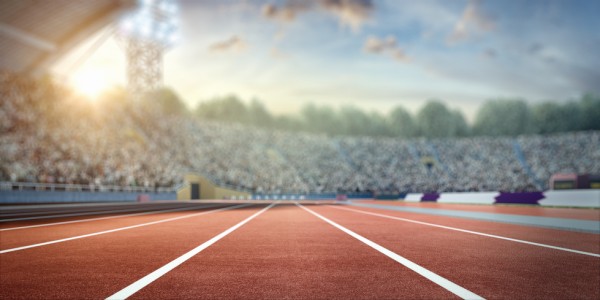 There are another four years before the Tokyo Olympics and our Canberra-based Australian Institute of Sport and other national bodies will have time to analyse our Rio performance and future directions.

While they are about it our officials and the scandal-ridden IOC should consider Greece as the permanent location for all Olympics from 2024.

Returning to the original site is supported upon many grounds. In no particular order these include it would be cheaper than the massive financial outlays around the world from cash-strapped countries for questionable host prestige, it would prevent bribery in buying votes for the next venue, it would help the Greek economy and provide a base for all those associated Olympic services like drug laboratories.

It also would provide a level playing field for participants – something not always available – and climate adjustment and could be used between Olympics for practice. Poor Third World countries would be saved the humiliation of watching wealthy nations fighting over the spoils they themselves cannot afford.

While Greece ultimately would benefit from the tourist influx, initial and ongoing costs could be provided by a levy upon all participating countries based upon their number of athletes attending.

This could reduce the cost of training and sending competitors if the benchmark was to examine ability to positively contribute or, unfortunately in Australia’s case, currently the capacity to win.

Fed by a self-created reputation of a sporting nation we expect to punch above our weight and suffer national disappointment if our medal tally is not up among the top countries.

We ignore populations like those of say, the US, China or Russia, whose numbers in millions far exceed our own and therefore offer a greater talent pool in most if not all sports.

Of course we should be proud of our successful athletes but common sense not miracles should govern our expectations.

The size of our teams questions this approach.

We seem to have no limit to our sporting prowess, putting up competitors in disciplines in which we have no history of success, perhaps upon the basis one day we might get lucky?

Do other nations approach major sporting events like this? Despite an absence of funding for the discipline do Caribbean countries send say, Greco-Roman wrestling competitors to the Olympics or do they accept they do not have the expertise and put their money into some sport where they do have a chance?

Should we concentrate our efforts and finances upon sports we are good at? Disciplines in which we have won medals – or came close to – in the past? Is our list of fourth placings indicative of not putting enough effort into these events?

Two further changes are suggested at the top apart from relocating to Greece. Could professionals and their sports be banned: medals here are self-indulgent and could new sports seeking admission require the support of a majority of nations, otherwise such awards can be trinkets for a cabal.

Like the shiny medals themselves, the tarnished Olympic dream needs cleaning up.

Good point. I can certainly see this working – maybe a few hiccups with some sports though.

May give a new connotation to the pole vault, javlin and signalling new balls in the tennis ?

It could make beach volleyball watchable.

Good point. I can certainly see this working – maybe a few hiccups with some sports though. May give a new connotation to the pole vault, javlin and signalling new balls in the tennis ?

I totally agree, Greg. And while we’re about it, can we cancel the extravagant opening and closing ‘ceremonies’?

The concept of holding the game in Greece permanently has some merit, but I can’t see it happening any time soon. IOC would lose as much money as they save when you consider the lower TV rights paid from countries who would permanently be in an unfavourable time zone (i.e. the US). Personally I think that as the Olympics are a world event, they should therefore be spread around the world. However, the constant smell around the bidding process each four year cycle does need to be rectified somehow. I would also love to see them keep rotating so I have a chance of attending, especially with the recent talk of Brisbane putting in a bid for 2028.

You seem to have forgotten one of the core Olympic principles of participating being just as important as winning. This is slowly being drowned out with addition of professionalism and the growing commercial dollars involved but is something that the IOC should be clinging to.

Should we focus only on sports that we’re good at/have a chance in? Just ask Chloe Esposito (for mine the best Australian story to come out of Rio) or the literally hundreds of athletes for whom qualifying was an achievement in itself. I’m sure they would give you a different perspective on things

Banning of professionals is good in principle, but most if not all sports these days would be considered professional. Then you have the issue of state funding, if an athlete receives funding from their government, does that not by definition make them a professional? There’s too many grey areas. I think it should be more about how the Olympics are perceived by the athletes of that sport- if winning a gold medal isn’t considered the ultimate achievement in the sport (Golf being the best example in Rio) then it shouldn’t be there. Some team sports could perhaps adopt a model like Football and have age or similar restrictions.

Simon Dw Disndat - 3 hours ago
What was the deposit back in 1970? Now you can do 5% but 20-30k in hand outs... View
Julie Macklin - 4 hours ago
My first house was the cheapest at the time on the whole Canberra market. As you said, it's the first house; it doesn't need... View
Onelia Herriot - 5 hours ago
The secret is remembering it is your FIRST home. It does not need to be your forever home. If you are single with no kids you... View
News 103

Philip Selmes - 5 hours ago
Andy Anderson you've got no idea about traffic engineering, have you Andy? And neither do any of the people who 'liked' your... View
Dorsia Darling - 14 hours ago
I wish the cameras would also fine people who drive way under the speed limit & brake constantly for no reason coz they can't... View
Property 51

Dolla Bill - 17 hours ago
Tom rubbish together, recycle together, wheelies boys for life View
Ashley Wright - 18 hours ago
Peter Mcleod it is a dispute between a private company and its workers. Nothing to do with Andrew. View
Stephen Finnegan - 20 hours ago
Fletcher Beverley Good for them. When's the last time paramedics went on strike?... View
Food & Wine 22

Going fully vegetarian for a year is a risky move for any restaurant. But if the dishes being served at...
ACT Election 23

@The_RiotACT @The_RiotACT
Need a new furry friend in your life? Meet August and Tinkerbelle, the latest @rspcaact pets of the week https://t.co/lUZxN1PH57 (5 hours ago)

@The_RiotACT @The_RiotACT
Boasting bespoke finishes and custom joinery, this four-bedroom Flynn home is expected to be popular with buyers https://t.co/mqDrQEXbVX (6 hours ago)