Tassie Scout flying solo around Oz stops over in Merimbula 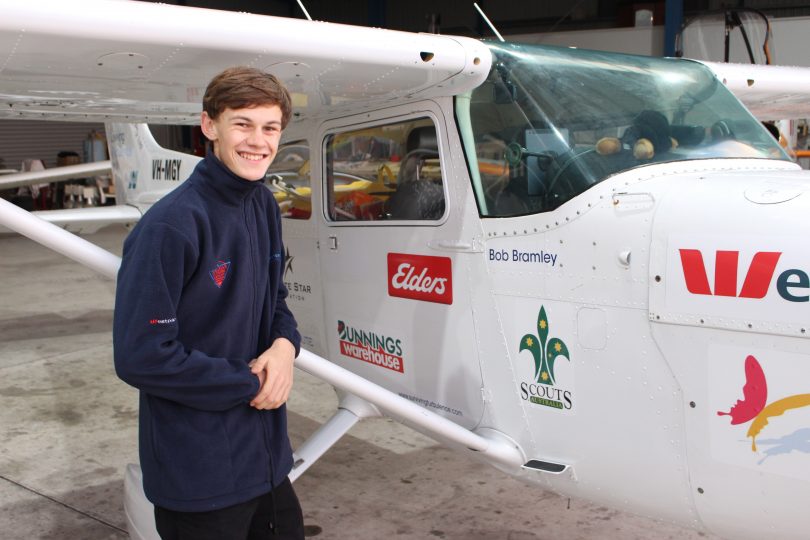 Tasmanian teen Bob Bramley plans on becoming the youngest person to circumnavigate Australia solo by plane, and Merimbula is one of his stepping stones to success.

The 16-year-old from Davenport is using his world record attempt to raise awareness about youth suicide prevention.

“Beyond Blue are my partners in this, so all funds remaining at the end of the trip are going to them,” Bob says.

“Devonport on the northwest coast of Tassie has some of the highest rates of suicide in Australia, it’s a really big issue for where I am from.

“And in late 2017 I almost lost two very close friends.

“I think the big thing is getting people talking about it, breaking the stigma.”

Positive discussions about mental health is part of Bob’s flight plan as he takes in communities big and small from Flinders Island, to Bundaberg, Booroloola, Esperance, Bendigo and beyond. 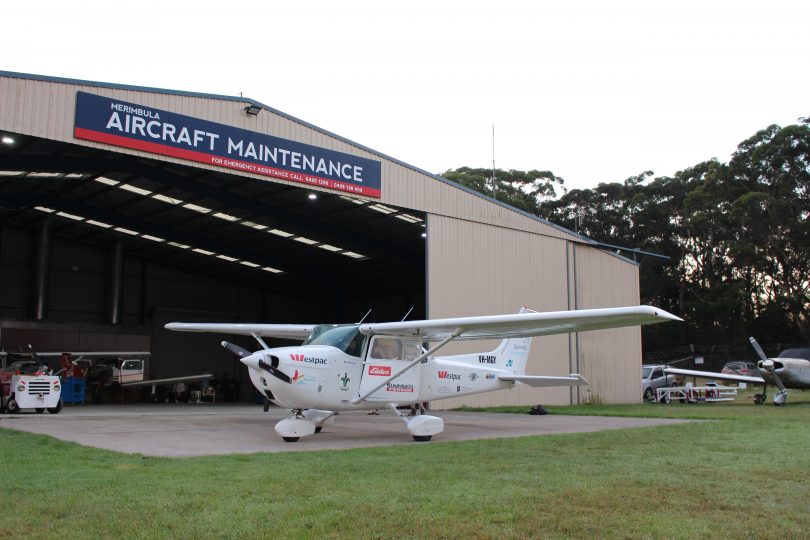 Bob plans on becoming the youngest person to circumnavigate Australia solo by plane.

The world record attempt takes in 15,000-kilometres and 40 different airports. In order to reach his goal, he must travel to the most northern, southern, eastern and western points of Australia.

Merimbula represented day two on what is hoped to be a three-and-a-half week journey.

The previous record holder Oliver O’Halloran introduced Bob to the idea of circumnavigating Australia. Until then,this 16 years and 9-month-old had never flown a plane before.

Oliver was 17 when he did it in 2017, inspired by Merimbula’s Ryan Campbell and his 2013 feet of becoming the youngest pilot to circumnavigate the world, solo, in a single-engine plane at just 19.

“His dream lead me to think big. I got to work,” Ollie says on his website.

That example has been paid forward.

“My first experience with aviation was to meet Oliver O’Halloran on the final leg of his Solo 17 journey,” Bob says.

“About six months on from that I just thought – if he can do it why can’t I?

“Eighteen months after starting my training I got my licence to fly this plane, and just four months after that here I am setting off to fly around Australia.”

He says his parents have been very supportive but, “have had to eat their words” at times. 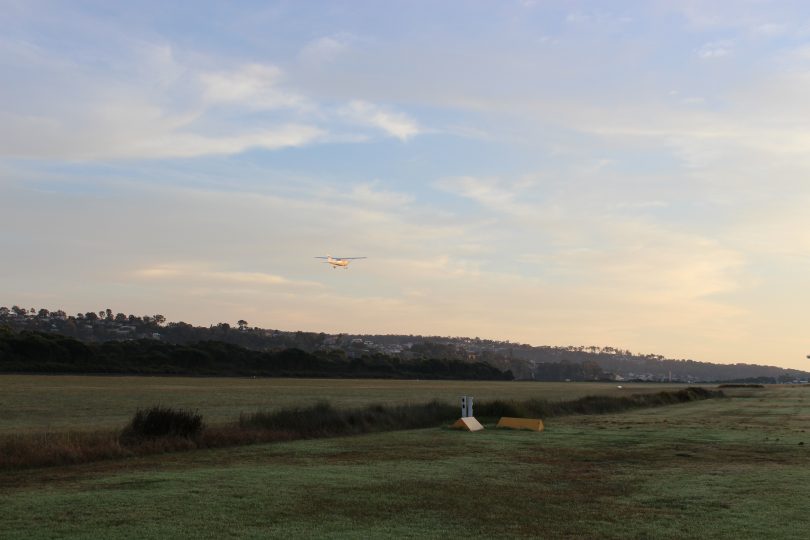 Lift off from Merimbula, headed for Wollongong. Photo: Ian Campbell.

The ticker to take this on stems from Bob’s connection with Scouts. It was Merimbula Scouts who greeted, fed, housed and farewelled Bob during his overnight stay in Merimbula this week.

Bob says he is really proud to take the Scouts’ message around the country, encouraging young people to get involved. “I’ve been a Scout for 10 years, I’ve enjoyed every moment and had some great opportunities.”

“Having a role model, somebody to look up to, a mentor is a huge step in getting you where you want to go – what you need to learn and where you need to grow yourself.”

Bob says he is comfortable being such a role model for others, appreciating that records are made to be broken.

Weather is Bob’s biggest challenge, but he is playing each day with a cool, calm head and is prepared to sit it out in the ground if needed – especially up north where the wet season is still an influence.

Close to $10,000 has been raised for Beyond Blue so far, you can donate HERE.

LIVE in Merimbula chatting to Bob Bramley from Surviving Turbulence trying to become the youngest person to fly around Australia.