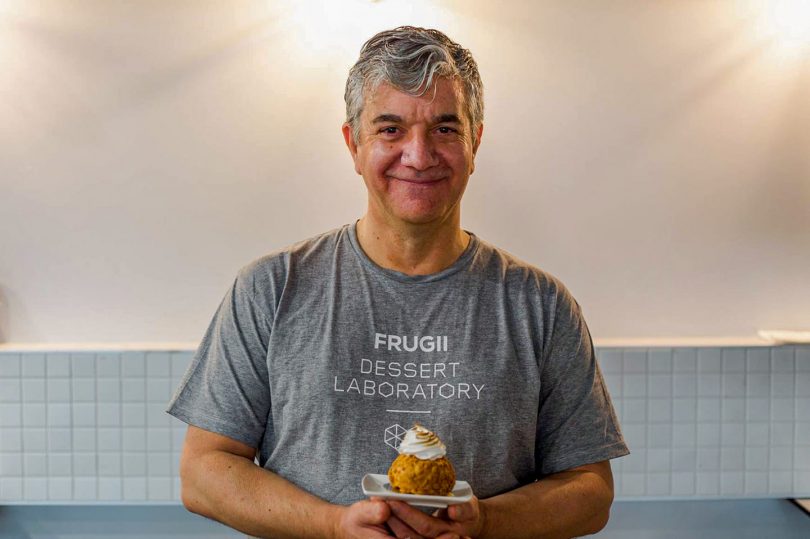 John Marshall, aka Mr Frugii, has been described as a passionate man who revolutionised Canberra’s dessert scene. Photo: Supplied

Roasted garlic ice cream, pistachio and cherry essence, spearmint and salted caramel – these were the ice cream flavours that will live on with the memory of the man known as Mr Frugii, John Marshall, whose death at age 62 was announced by his family on the weekend.

Tributes have poured in for the ice cream magician, who began experimenting with unique flavour combinations in the basement of his family home.

Mr Marshall’s love affair with ice cream began more than 20 years ago when he left his IT job and bought a classic two-litre ice cream machine from the old Italian deli in Narrabundah.

He and his wife Ed opened the Frugii Dessert Laboratory in Braddon six years ago and it’s renowned as the go-to location for the best ice cream in Canberra.

One of the many tributes read: “Every special occasion in Canberra was celebrated with a trip to Mr Frugii and every problem, from homesickness to heartaches, was fixed by it. Thank you, John, for all the happiness you have brought us and so many others over the years.”

“Your hand made ice creams revolutionised the dessert scene in Canberra,” said another. 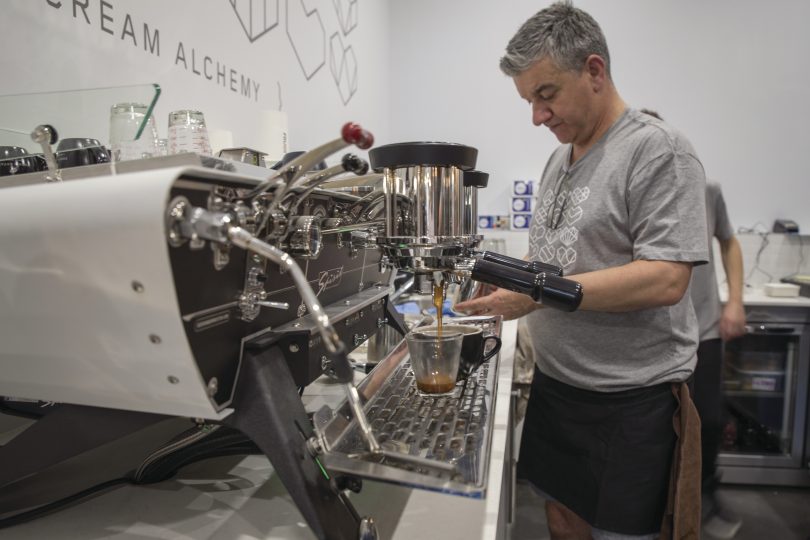 He was also passionate about Canberra. When Kochie’s Business Builders recognised the Frugii Dessert Laboratory as the eighth-best ice cream shop in Australia in 2017, John was thrilled about being listed in the top ten.

“I’m wrapped that we’ve been recognised in the article, especially because it mentions that we’re in Canberra,” he said.

Mr Marshall made a Vegemite ice cream in celebration of Australia Day following the announcement that the brand would return to Australian ownership after being purchased by dairy company Bega.

He’s also created beer-flavoured ice cream for Canberra’s Beer Day Out along with butter chicken, seafood laksa and other flavours for special occasions. 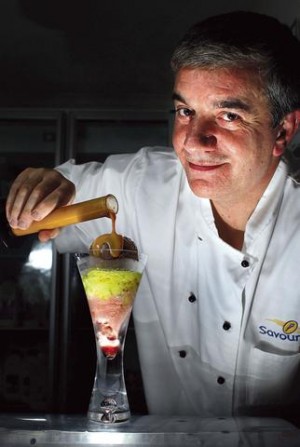 John started out taking his ice cream to local restaurants to taste test and orders slowly rolled in. Frugii ice cream became a Canberra cult classic and a regular fixture at local markets, while products were also stocked at select IGA stores in the ACT.

John completed professional gelato courses but said when it comes to creating flavours, he was mostly self-taught. Commercial courses taught students how to make ice cream using pre-made bases, which John never did.

When he first started experimenting with flavours, he set up his own chemistry lab.

“I started off by buying a couple of packets of pre-mix and analyzing their pH, sugar levels and all that,” he told Region Media in 2015.

“I bought some kits and looked at the percentages of the milk powders, and from there I started reading books on professional ice-cream making and reading up on different types of sugar and what they do. Sugar’s not just for sweetening; it’s really there for its anti-freezing properties.”

Ed and son Leon have left a heartfelt tribute to “a great husband and father” on the Mr Frugii Instagram page.

“We will cherish our memories of John, from his inventive and high-spirited antics through to his legacy of Frugii Dessert Laboratory.

“We are overwhelmed with (the) outpouring of love and respect shown to us. Thank you.”

John’s wife Ed and son Leon have requested privacy at this time.

Any word on when the funeral will be?

Germaine Muller I know! Devastated he was always so nice

62 to young RIP to John Marshall.

Thank you for helping me relive a childhood memory through your musk stick flavoured ice cream.

Such sad news to hear of the passing of someone that has brought such happiness to so many! Condolences to his family at this tough time!

RIP my dear friend, your great inventions will be greatly miss by all.

A lovely guy who pursued his dream and helped so many others realise their’s. He was quite the show stopper at Beer Day Out. Steve Hegs Ebe Ny Donella Williams

Our thoughts are with Ed & Leon during this sad time. John your magic & creativity will be a treasured part of Canberra’s food scene. 💚

David Morris oh no. This is so sad. 😔

Oh no. How very very sad

He was a creator and he loved to share that creativity. What a fabulous man.

RIP will certainly be missed 🌷

John, thank you for your kindness and generosity. You embodied the spirit of Canberra. When my husband was sick you’d drop ice-cream off for him at the hospital. A few weeks after he passed you hosted us in your magical laboratory as my daughter celebrated her 6th b’day – a true Willy Wonka ice-cream making experience. We didn’t know you well but you were compassionate and gave us the gift of joy. Thank you. I can only imagine what decadent desserts you’re crafting up there now – the sky’s the limit xo 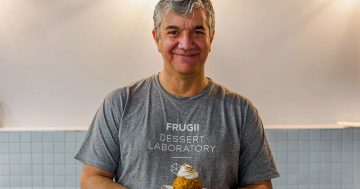 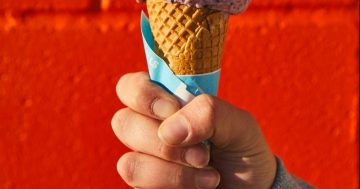 Take 3: The scoop on where to find a good scoop in Canberra 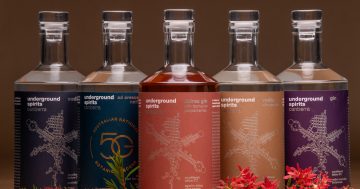