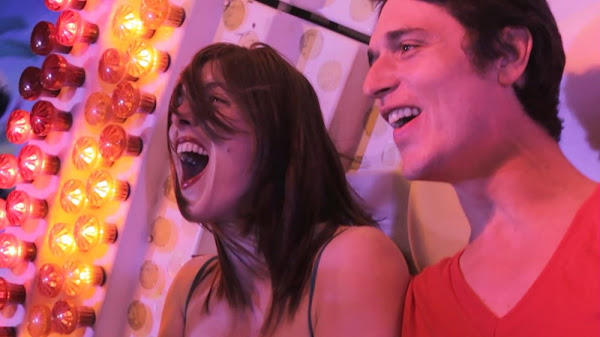 The Opening Night Gala (14 March at 7.30pm) will showcase Declaration of War (image above),and the
Festival will officially close (Sunday 1 April at 4.30pm) with the screening of acclaimed Francois Truffaut’s film
The Last Metro :the Caesar Awards’ winner for Best Director, Best Actor, Best Actress and Best Film, tells the
story of Marion Steiner, played by Catherine Deneuve, who is left to manage a small theatre company when
her Jewish husband Lucas is forced into exile under the German occupation of Paris in 1942, a must-see classic
from the great Truffaut.

As in 2011, the 2012 selection of recent French cinema showcases films hot from European box office success and
acclaim at Cannes and other major international film festivals, as well as new features from major French auteur
directors such as Alain Cavalier, Christophe Honoré, Mia Hansen-Løve, Robert Guédiguian and Joann Sfar.

In 2012 the AFFFF expands to celebrate Francophone cinema from around the world. Arc Cinema especially joins
with the festival and the Canadian High Commission to celebrate Café De Flore: the new film by the French
Canadian director of the art-house hit C.R.A.Z.Y., Jean-Marc Vallée.

Patricia Russell - 1 hour ago
Could have been done so much better. View
chewy14 - 2 hours ago
Acton, I don't agree that an audit might only find minor fraud, but it's debatable. It will definitely find that the scheme w... View
Acton - 3 hours ago
A review will find some minor fraud but the main rort was the whole scheme itself. It fails on equity and efficiency grounds.... View
Community 51

Liv Miller - 1 hour ago
Sure is a wonderful and kind thing to do... People don’t realise that there are homeless women here too. It’s so so cold... View
Rachel Edmondstone - 2 hours ago
Liv Miller what a beautiful heart these people have! These are big, BIG things to women in need 🌻 Well done to the whole t... View
Juanita Tee - 12 hours ago
David Keir what are you specifically doing for them 🙃... View
Business 6

Roger Kropman - 4 hours ago
This is a disgrace but it reinforces the point that rubbish dumps / tips should be free to dump your trash, otherwise idiots... View
Nick Savino - 8 hours ago
CCTV and fine View
News 161

Mark Johnson - 6 hours ago
If it’s not licenced what’s it doing on a roadway anyway … View
Julie Macklin - 11 hours ago
Alicia Conley The ACT has no cycle paths. They are shared paths. Yes, those around the lake were built with people on bikes i... View
chewy14 - 11 hours ago
"That they are public doesn’t mean there are no rules for using them." Exactly my point. That the rules should preclude cyc... View
Community 16

@The_RiotACT @The_RiotACT
A lack of affordable housing and increasingly desperate would-be tenants has combined to create perfect conditions for scammers in the ACT rental market. Here's what to look out for https://t.co/P3xXhcACC1 (54 minutes ago)