Experts in buying, selling & renting
Your property, your future
8 October 2021 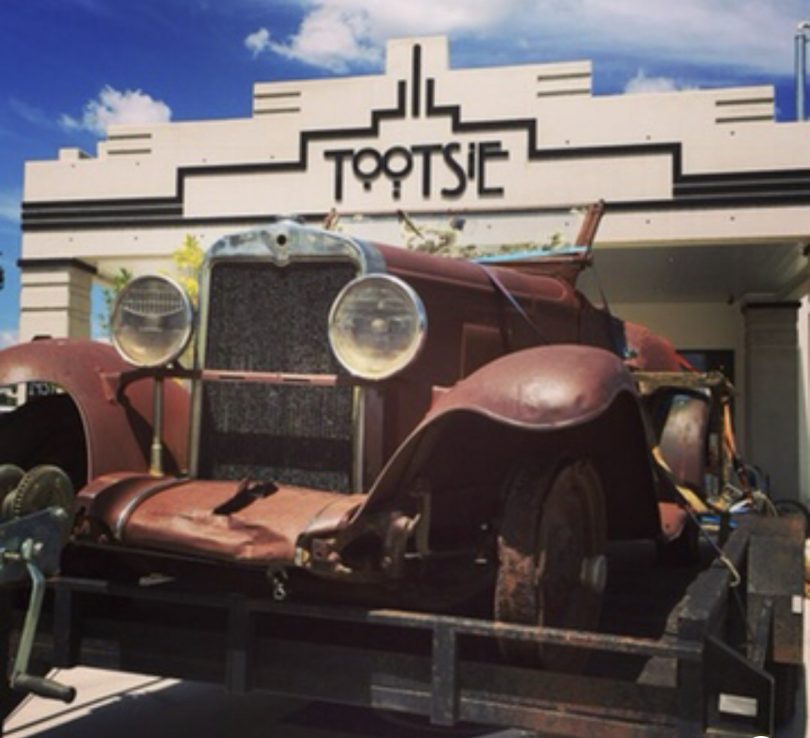 It takes courage and imagination to start a business in a disused former service station that stood empty for 20 years, but that is exactly what Cayla Pothan has done with Tootsie gallery cafe in Yass.

When she bought the property in 2015, not only was the building derelict but the old inground petrol tanks had to be removed.

The original 1936 service station plans showed the Art Deco ‘bones’ of the building behind the peeling paint and ugly metal awning.

The Hume Service Station was built on old brick pits which provided bricks for many buildings in Yass. What looks like a single storey building was built in the excavated pit, a perfect arrangement for creating a mechanics inspection pit without having to dig. As a result, Tootsies has a substantial basement beneath the existing building.

The facade of the building was completely rebuilt to the original plans.

“When Caltex bought the service station in 1969, they modernised it by removing the whole original front and putting up a huge metal awning,” says Cayla. “We have put it back to how it looked from 1937 to 1969.”

Cayla sourced a concreter with the skills to restore the Art Deco facade. Its paintwork now emphasises the lovely lines of this charming building, making it difficult to believe it was ever a service station.

The Hume Service Station provided one of the first 24-hour services between Sydney and Melbourne with some effort from the family of manager Lew Daniel, who lived onsite.

As the main bedroom occupied the front room of the living quarters that was incorporated into the building, an overnight traveller simply had to knock on the bedroom window to have sleepy, but obliging, Lew fill his tank.

Truckie shower facilities also operated at the rear of the building so Lew’s four children were not allowed to play out the back. To compensate, table tennis was set up in the old workshop section of the building. Soon regular table tennis competitions drew in children from Yass, and friends were made and the four Daniel children were often visitors for games in friends’ backyards. 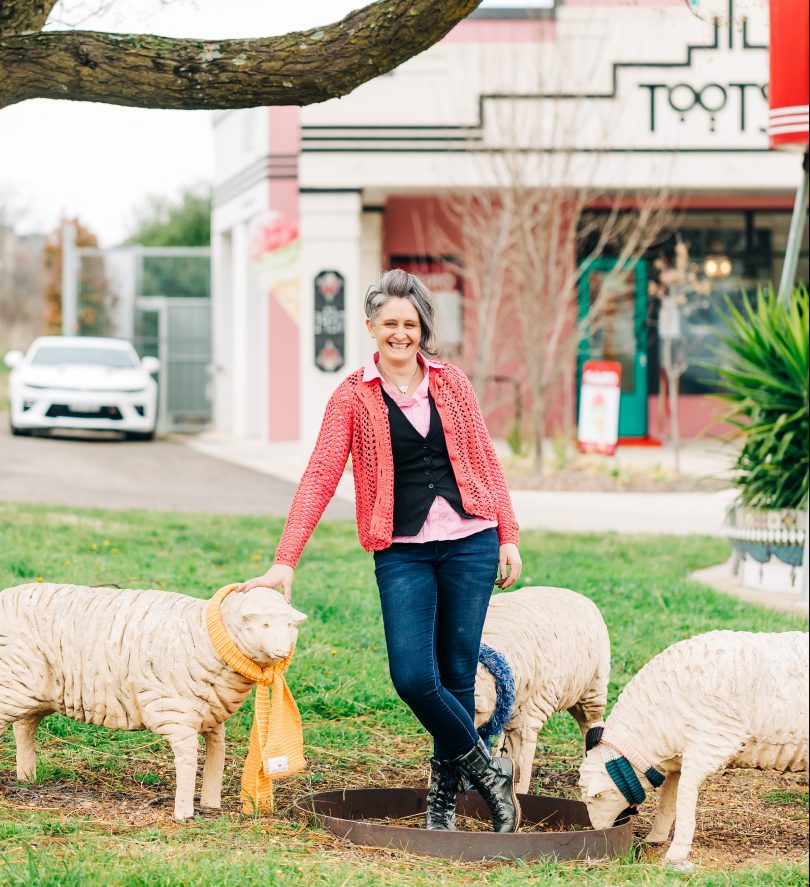 The name Tootsie echoes the Art Deco theme, but the origins of the naming are far more interesting than that.

When Cayla was little and visiting her grandfather at Berridale, she loved to play in his 1929 GF Chevy Tourer parked down the paddock. It became her refuge and a metaphorical escape to magical places.

When the car was still in use, her grandmother used to describe outings as ‘tootsying’ along, perhaps a modification of tootling along, and the car had its name, Tootsie.

Tootsie became a special place for young Cayla’s imaginative forays into marvellous places, so much so that her grandfather decided the car was Cayla’s when she was 10 years old.

It’s obvious from the moment you walk into Tootsie cafe and gallery that Cayla’s imagination and artistic creative spirit has made it a rather marvellous place, too. Mosaiced mannequins greet you, and vibrant colour and artworks leap off the walls.

Rather than just being a coffee shop, this is a meeting place for the community and a workshop space where Cayla teaches mosaic, painting, art and wellbeing. Cayla’s inspiration and decision making are guided by her golden rule of “what could you do in the world to make a difference?”

She encourages participants in her workshops to join with her in expressing their true colours and living from the heart.

Out the back is no longer a truckies’ shower facility, but a fabulous garden space filled with sculptures and mosaics, part of a massive project with individual mosaics donated from all around the world and installed by Cayla.

There’s also a gelato bar, the only one of its kind in Yass.

As the bronze lady on the wall trumpets, Tootsie is a place to connect, inspire and grow. To find out the significance of that, it’s best to drop in some time or get a copy of Cayla’s soon-to-be-published book, Building in Bronze.

Oh, and the coffee and cakes are pretty good, too.

Candice Field would be lovely 🥰 is your lock down going to the end of this month??

Fantastic. Will you have anything gluten free.

Definitely have to check this one out.

An exceptional host in a very attractive setting.

It’s a beautiful town. Definitely worth the trip

A beautiful space..well worth a visit.

Well done Cayla, these Art Deco buildings should be preserved and restored for another use, as you have done.

Is Roger a relative of the aptly named former rabbit inspector Buckmaster.

Leigh Southwell, this looks like the perfect destination for a day trip in some cool, old cars.

Anna Blore Taylor I think Jason Moore would also love to tag along!

Leigh Southwell I was wondering the same thing.

I’ll go to Yass just for that servo/gallery!

Awesome- look forward to meeting you 😊 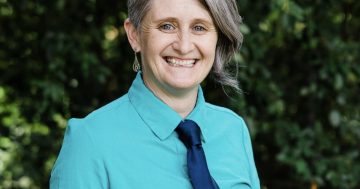 Cayla documents a troubled past to embrace a better future