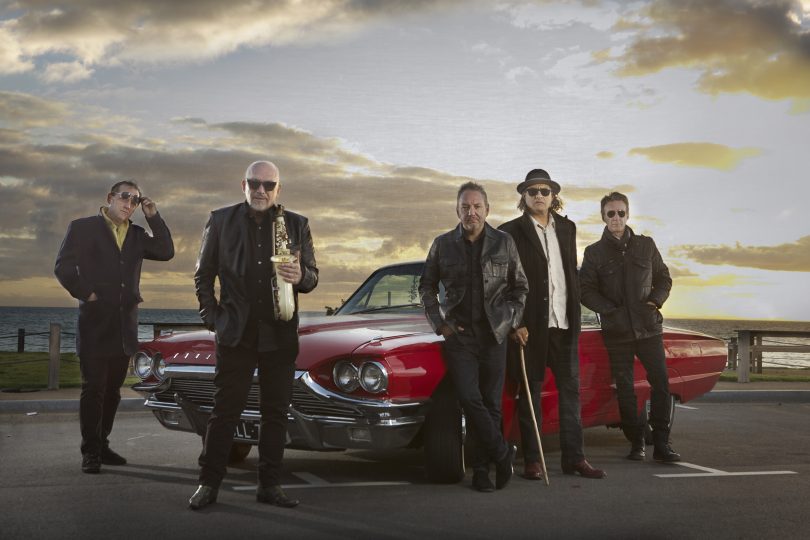 The Black Sorrows signing coincides with the release of their new album Citizen John. Photo: Supplied.

Legendary blues rock band The Black Sorrows will headline this year’s Gundaroo Music Festival in October in a major coup for organisers.

The festival, held in the village to the north of Canberra, will take place on Saturday 26 October from 10 am to 10 pm at Gundaroo Park, but there will also be a full weekend of events.

Event Director Scott Harding says the signing of The Black Sorrows coincides with the release of their new album Citizen John, front man Joe Camilleri’s 21st release, which recently debuted at #11 on the ARIA charts.

“The Black Sorrows will be a huge drawcard for fans from across the Canberra region and we are thrilled that we have managed to be able to secure such a well-known band,” Mr Harding said.

“The line-up will also feature a great mix of talent – from across the region and Australia.”

Organisers say the annual Music Festival is an all ages, all music lovers festival designed to bring people together from around the region so they can enjoy 12 hours of live, professionally staged music that showcases talent from around the country as well as supporting local and emerging artists.

It will also raise money to help people dealing with Motor Neurone Disease and provide support to the many people suffering from its effects.

“The Festival started as an idea the much-loved local resident Scott Windsor had. Since his dream became a reality back in 2013, more than $150,000 has been raised, proving that it is a festival that truly gives back. Scott sadly lost his battle with MND – but his legacy will live forever through music, family and fun at the festival,” Mr Harding said.

Free buses from Gungahlin will be available, as well as camping in Gundaroo Village. The weekend of events include wine tasting from regional wineries, food and produce stalls, local arts and handcrafts, Kids Zone, and a fireworks spectacular.

The festival has also been named as the Raiders Charity Partner for their home game against the Warriors on Saturday 7 September.

Festival tickets are now on sale for the event with prices starting from $20 for concession holders and are available here.

May Agnew - 35 minutes ago
I am being blocked from SHARING my above comment -not allowed to speak the truth these days --WHAT NEXT ?? View
May Agnew - 38 minutes ago
Turning the beauty of Canberra into a concrete jungle now and to think that so many hard workers who built this beautiful cit... View
Jamie Peterson - 4 hours ago
This article is the same as a puff piece for Andrew Barr 😂😂😂😂😂😂😂😂😂😂😂😂😂😂😂😂😂... View
Lifestyle 65

RobS - 6 hours ago
After *seven* years of trying to try to bring pressure on the ACT Government (I was a member of the Wright Residents Group) t... View
Lifestyle 14

‘The Springs’ at Gundaroo is rural, well-watered and ready for your vision