The changing rules of dating 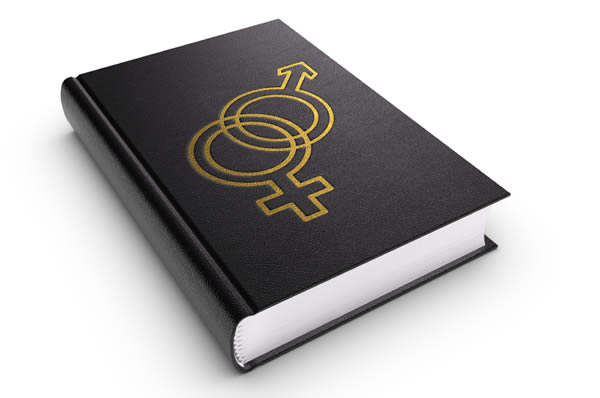 In such a short space of time we’ve moved into an age where the rules of dating have changed dramatically. No longer do we sit by the home phone waiting for it to ring, fearing leaving the house in case we miss THE call!

Once upon a time general dating rules dictated you had to wait three days before calling someone after a date, of course this wasn’t hard and fast but it kind of made sense at the time.

Now with communication so readily available through text, email, Facebook etc the rules have definitely changed, to what I’m yet to work out.

Since returning to the dating scene, post date communication has varied from a text minutes after, to a text later that night or a Facebook message or not hearing from them till days later.

You would think this would be a direct result as to how that person felt about you, that a text straight after would mean they were keen, a text days later meaning they’re not. This is entirely not so, which makes it feel more like the rules of dating are still working themselves out as we go along.

What about another situation, you happen to be on things like Tinder or eHarmony, what happens if you end up talking to two people you like and in turn go on a date with both of them within say a week of each other.

Traditionally this is what American’s consider ‘dating’ and is completely normal and expected, however in Australia we’ve never really embraced that idea.

Is it considered cheating? Or are Australians more open to the idea of dating compared to say 5 years ago?

With more avenues to meet people and communicate the waters of dating are becoming a lot more muddied. There seem to be a lot less rules and it’s a complete lucky dip as to how the person you’re seeing is going to react to different situation, none of it relating to how much they do or don’t like you.

What are the rules as you see them?

just go with the flow fellas. this is not a mathematical query which needs some rules to be followed.

No, they aren’t. Women might be, but the guys are doing no such thing. You’ve been watching too many American sitcoms. Dating is not some enigmatic minefield requiring the sort of analysis and breakdowns that you’re undertaking. If he likes you, he’ll be in touch. If he doesn’t, he won’t. It’s not rocket science and it doesn’t require the mental gymnastics the fairer sex seem to dwell on.

Good luck with your dating endeavours. I’d encourage you to try it without the game/rules pretence and see how you go.

if you have to ask what the rules of datig are, then chances are there are none; and anyway, one couldn’t assume the object of one’s obsession / passion would know them, so what sense is there is slavelishly following such dogma?

has the riot become ‘dolly’ without telling anyone? 🙂

I’m not in the target demographic for this thoughtful little piece (married 20 years), but I’m amused to see that people are just as anxious as they ever were about dating etiquette.

I was hopeless at dating. Nothing worked. My ‘cool’ act always failed. My ‘moody, distant, but deep’ persona must have been equally pathetic.

It was sheer dumb luck that I even met my partner – she caught me off guard, being myself. I didn’t have time to think about how I should act.

Julie Macklin - 6 hours ago
Tim McMahon Road worthy checks! When was the last time your car had a road worthy check? It's been years since any car of min... View
Tim McMahon - 9 hours ago
let’s put rego and insurance on these bikes as well as road worthy checks every year just like cars trucks and everything e... View
Colette Robinson - 14 hours ago
Adrian Fui Fui Moy but the path *is* being used for racing. Pedestrians and slower cyclists in either direction are merely ob... View
Opinion 170

Phil Cowan - 9 hours ago
The 26th Jan is a Public Holiday because on the 26 Jan 1949 because we ceased being British subjects and became Australian ci... View
ghutch - 19 hours ago
A lot of good comments. Why don't we celebrate Oz Day on 1 Jan. Yeah I know you all still asleep from new year eve. But is th... View
Jenny McInnes - 19 hours ago
David Johnson it most likely was a public holiday there then View
Property 10

Peter Curtis - 16 hours ago
Not to sure what a "Canberra mentality" would be but as long as we surrender the principle of solidarity for the belief that... View
Food & Wine 1

Jackie White - 20 hours ago
Thank you. I never walk around the lake with headphones precisely because of the risk of collision with a cyclist View
James Messervy - 20 hours ago
Jackie White no, I always ring my bell or call out.... View
Community 7

Susanne Jennings - 20 hours ago
Great to see it so successful- well done! View
show more show less
*Results are based on activity within last 7 days

Tales of Tinderella – a story of happy endings, or happy ever after

@The_RiotACT @The_RiotACT
Have the voices of post-Vietnam veterans been missed in the fight over the War Memorial expansion? Some veteran organisations say yes https://t.co/UC34DwlGFC (13 hours ago)