The 2014 FASHFEST runway shows came to a spectacular end last night with a sold out show and a standing room tickets opened up to accommodate the crowds that flocked in, despite the bitter cold! 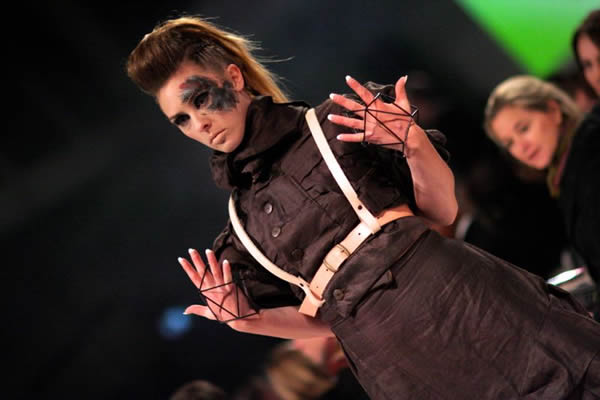 Over the past four nights we’ve seen a huge variety of designs aimed at different markets.

We have perpetually Five, providing “kids clothes for adults” as my friend Grant puts it. The show was a testament to the playfulness of the brand, with models jumping around, and even walking backwards down the runway. The designer Mitch Thompson even made his appearance at the end of the show on roller skates, much to the delight of the cheering crowd.

We’ve seen a slew of environmentally conscious brands like Purepod, Hanny-d Creations, Character and Audrey Blue. These brands challenged the audience to think more mindfully about their clothing choices and the repercussions those choices have here in Australia and across the globe. Audrey Blue even sent models down the runway sporting political slogans such as “this arse is fairtrade” and “I am a boat person too”.

Character designs featured mature models in their show, each of whom received a round of applause as she paraded down the catwalk. I wondered if this perhaps indicated the audience’s distaste for the fetishisation of youth that so often occurs in the fashion industry, and a sense of relief that older women can be just as fashion forward and bold as their younger counterparts.

But FASHFEST organisers had saved some of the best shows until last, with beautiful and wearable designs coming from SZN, Karen Lee, All eyes on Us and 4 Minutes 33 last night. Hijab House showed modest yet sleek and fashion forward designs for young Muslim women, including beautifully wrapped head scarves. The cherry on top of the fashion cake was the final show, Corr Blimey. This duo showcased a collection of edgy, sculptural pieces accessorised with cage-like jewellery from Silver Atom.

If you didn’t get a chance to make it to one of the shows, or if you’re keen to see the garments up close, FASHFEST will be holding a trade show today at East Hotel in Kingston from 11am-3pm.

Did you get to FASHFEST? Which was your favourite show? 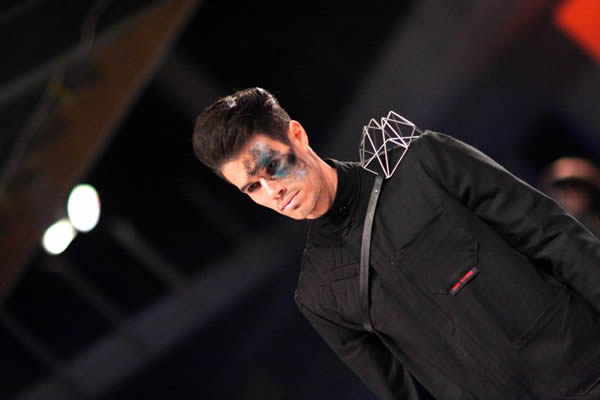 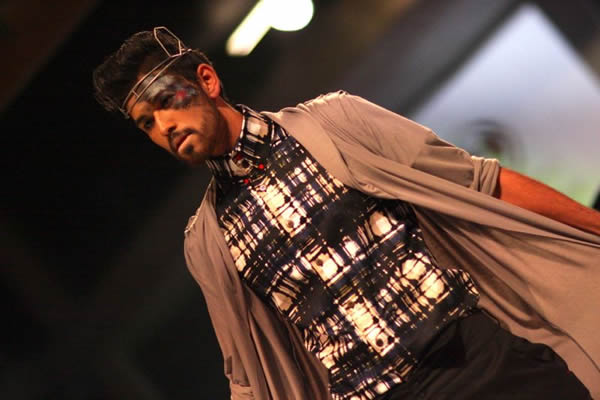 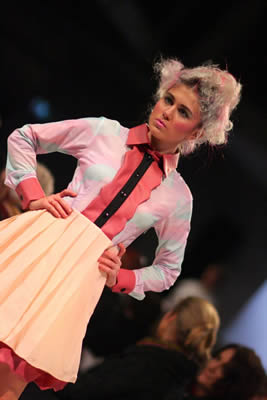 Shaun Hazell - 1 hour ago
Its the most evil way of killing creatures and should be outlawed as it is most countries. View
Cary Elliot Johnson - 16 hours ago
Chele Forest lol. It’s banned in every other Country because every other Country doesn’t have native Australian animals o... View
Cary Elliot Johnson - 16 hours ago
Missy Jangles you do know where the poison is derived from and why it was chosen don’t you? View
News 54

OldMan Wyatt - 8 hours ago
I have always preferred chocolate rather than seafood at Easter View
FishCo Fish Market - 10 hours ago
Thank you for your lovely feedback. Anna truly loves what she does and this will mean a lot to her. :)... View
Michelle Littlewood - 13 hours ago
FishCo Fish Market Thank you for your fantastic service and exceptional seafood. Anna was wonderful when placing my order, an... View
News 32