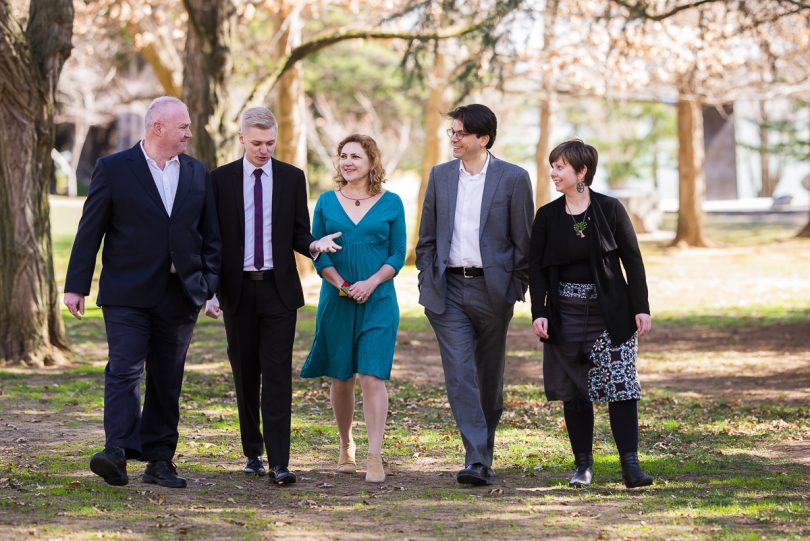 While parts of Canberra seem like natural Greens territory, the party is up against it translating sentiment into seats. They’ve talked up their electoral chances in both upper and lower houses – how realistic are they?

In my final series of interviews, I asked what motivates candidates; what the major issues for Canberra voters are; whether local and federal issues are confused; does Canberra suffer from having safe seats and where they sit politically inside their party?

I spoke to Tim Hollo at 80/20 in Braddon and to Jonathan Davis and Andrew Braddock by phone.

Canberra candidate Tim Hollo has been motivated by climate change since he was “a kid who wanted to be David Attenborough”. With a masters in environmental law, the redistribution motivated Hollo to stand. “I thought now is the time when we can actually change things if the Greens could win a seat like this.”

The descendant of Holocaust survivors understands that “you can feel the world is reasonably comfortable and your place in it is solid until it’s ripped away. If we don’t cherish our democracy and institutions, we’re in very big trouble very quickly.”

“The big thing in Canberra is quality of planning – it’s a Territory issue but with a Federal role. We want the community to have more say and I link that into the bigger picture of better government.”

“If we go from two to three safe Labor seats, they’ll continue taking Canberra for granted. If you elect a Green you’ll get a local member who’s much more able to stand up for us.”

While the Greens won’t work with the Coalition, Hollo hopes Labor will hold out a post-election olive branch. “Mathematically Labor cannot get a Senate majority, they’ll have to work with us. If you have more Greens, that’s a much bigger block holding the government to account by asking questions, introducing bills, ensuring they’re debated and working on committees.”

With a participatory democracy background, Hollo’s also keen to talk through big issues with the grassroots. “We want to work constructively and co-operatively on issues Canberrans care about, and Labor is not quite there.” 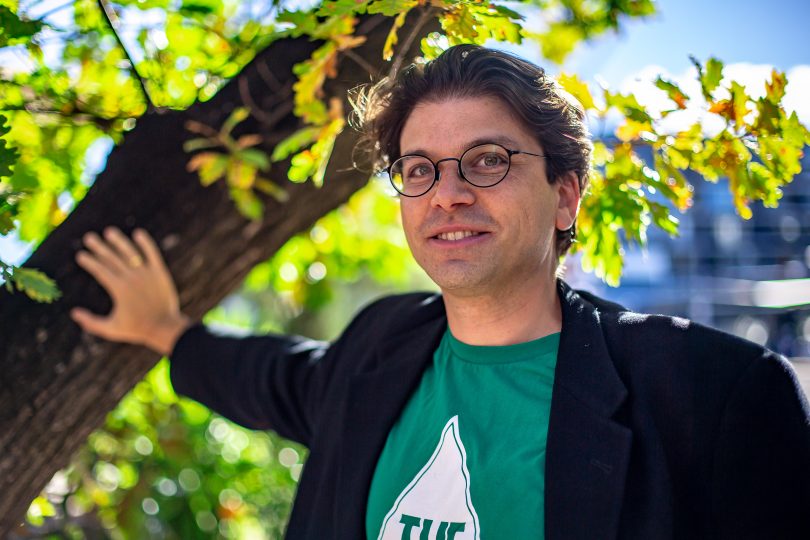 Bean candidate Jonathan Davis describes himself as “a 27-year-old gay man who cares for his family, tries to be a good friend and community member. I’m just a regular person, I put on my pants one leg at a time like everyone else.”

“My biggest motivation is I don’t see people like me in Parliament: it should reflect the diverse broader community, including people who are younger, queer, women, culturally diverse, disabled.”

“Working class Labor roots” feed into his lack of faith in politicians, and “huge sums of money swirling through the two old parties, their connection to mega-rich and corporate donors”.

“Voters disengage when they think politicians don’t care. Labor governs with arrogance and complacency and the Liberals are the most socially conservative branch in the country. One of my key messages is that no politician should be safe. Every politician should have a healthy fear that if their record isn’t endorsed by the community there’s a good chance of losing their seat.”

Davis says Labor “isn’t good enough on a whole range of values. If elected, I’d be no friend of the Liberals but a thorn in the ALP’s side. The Liberals are unfit, but handing the keys to another party bought and sold by corporates won’t tackle tax evasion and climate change either.”

Fenner Greens candidate and father of five-year-old twins Andrew Braddock says climate change gets him out of bed. “Having kids changed everything. I’d never been a student politician, I came to it later in life as a kind of epiphany.”

Voters ask him about “everything under the sun from climate change to taxation policy to drones”, raising the cost of living, childcare and the lack of bulk-billing doctors in Gungahlin as common problems. He agrees there’s real confusion among voters about who to blame for what.

“It’s a very long time since we’ve had a leader dispensing electoral goodies in Gungahlin. Politicians beat up on Canberra and the public service, we’re a convenient scapegoat for the rest of the country. I’m trying to raise our profile to send a message that Canberra needs change.”

If elected, Braddock would seek to improve Labor policies by negotiation but adds that’s dependent on ALP willingness to engage. “When we come together constructively we can improve their policies. Those tensions can create real outcomes because it means issues stand on their own merits.”

The take-out message? The Greens are big on idealism, shorter on practical policy although that may reflect their voter demographic. They’ll rely on the Labor relationship for traction but could capitalise on disenchantment with “business as usual”.

Would have liked to have heard the voice of at least one of the two women Greens…..

A small irrational political grouping which so far during it’s existence in Australia has never presented any sensible, practical outcomes for Australia. Their policies would destroy the Australian economy, restrict free speech and limit lawful personal freedoms, some of which have been enshrined in our culture since Magna Carta.

Insurgents I think is the right term. Now is the time to change the game and Greens will do just that!

They seem much nicer than the NSW or Victoria candidates. Only today a NSW candidate was found harassing Christians who were giving out free food with vile abuse. Add to that last year’s Victorian state candidate who put out date-rape lyrics and racist posts on social media, and last week’s “coconut” comment by an NT candidate aimed at an Aboriginal woman. Our lot are actually vote-worthy.

Hi, if people do the Vote Compass quiz nearly everyone finds that their views most closely align with the Greens. The Greens are a good fit for Canberra’s progressive values. I disagree about policy. All of the Greens policies are thorough, have been independently costed and align with the reality that we’re facing. What could be less practical than policies that do little or nothing about climate change? Adani anyone?

ilovecanberra wrote, “if people do the Vote Compass quiz nearly everyone finds that their views most closely align with the Greens”
You have the figures for that? Where did you pull that from?

I know that I didn’t most closely align with the greens, although I have voted for them in the past. Over the years I have voted for various parties. I have never stuck with one. Actually the party I closest (not a real close fit) aligned with in the vote compass will likely get my first major major vote this election. Not my first vote, but I expect my vote to flow onto them.

Therefore the ACT Greens have nothing to do with Di Natale and his, err, “policies”? Who do you think you’re kidding? How come Adani is so bad when only yesterday the Qld “government” gave final approval to a new mine? Adani’s site is right next door and hard up to the boundaries of three other operating mines. Maybe Adani didn’t offer sufficient back-handers to the Qld “government”?

You mean “if SOME people do the Vote Compass nonsense……” don’t you?

Not a hope in hell of ever voting for that mob.

So who would you actually vote for?

Not anything on the left, thats for sure.

ReplyHide replies
Jason Armstrong7:10 am 17 May 19

Tim Hollo is an outstanding candidate for the House of Reps. He is an environmental lawyer and would make an excellent rep for Canberra!

Thanks for having a chat Genevieve and The RiotACT.

In a ‘safe’ seat like Bean, it’s great to be able to show voters they have choice when they vote. With faith in politics and politicians at an all time low, now is the time to vote for someone completely different from a different party and challenge that duopoly 👍🏼

We might not have won your vote this time Pete, but we’ll always have karaoke 😅🎤🎼 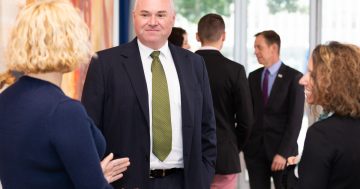 Shaped by loss and empathy: Andrew Braddock is the politician who won't play politics