The ‘Last Stand’ for Corunna State Forest near Narooma 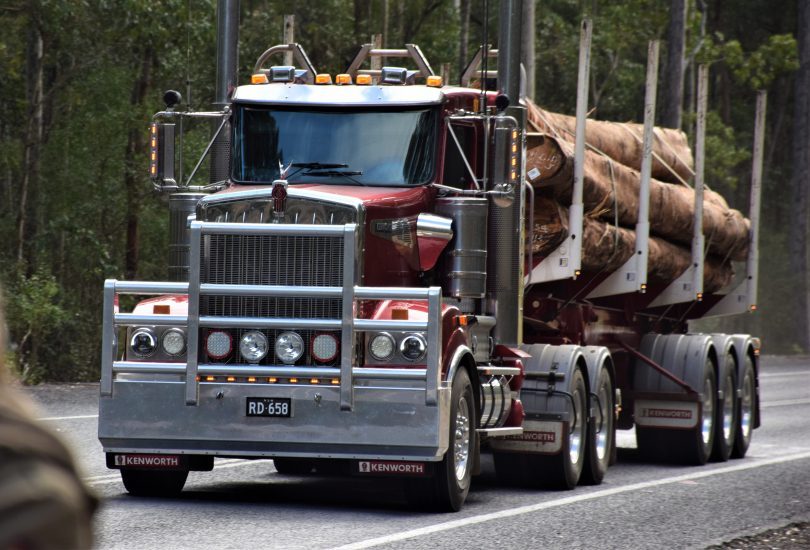 Most of the timber from Corunna is going to Nowra, Narooma or Eden sawmills. Photo: Sean Burke.

Conservationists are making their last stand for a section of Spotted Gum forest on the edge of Corunna Lake just south of Narooma.

Protesters have been a regular sight on the side to the Princes Highway since the harvesting operation got underway in late September.

Early morning rallies yesterday (November 9) and again today are emploring the NSW Forestry Corporation to stop the operation for the sake of a White-bellied Sea Eagle nesting site within the State Forest.

“Our concerns are that the logging could disrupt the nesting eagles and their baby chick or scare them away altogether,” says longtime forest activist Sean Burke.

“We had greater concerns when Forestry intended to reduce the perimeter of the 300-metres exclusion to 50-metres once the eaglet had fledged but they have now assured us that they will maintain the 300-metres which is a relief.

“However, we do believe that the whole family could be very disturbed by the crash of trees and machinery even 300-metres away and once the eaglet fledges they may leave and not return.

“They have two nests in the compartment, one that they use and the other that washes clean for the next nesting season. The one that they are not using at the moment has only a 50-metre buffer,” Mr Burke says.

Forestry Corporation Production and Sales Manager, Lee Blessington says, “Corunna State Forest is a re-growth forest. The area was cleared as a farm in the late 1800s, and then regenerated to forest in the 1900s.”

“Corunna State Forest has been harvested for timber or thinned for timber quality every decade since the 1960s and is an excellent example of how sustainable forest management works – providing a supply of quality Australian timber for things like houses, wharves, and telegraph poles and ensuring the forest re-grows for the future.”

Most of the timber coming out of Corunna is going to Nowra, Narooma, or Eden sawmills with the residue going to the Eden Chipmill.

“Corunna State Forest has proven to be exceptionally high quality. To date, approximately 70 per cent of the products harvested have been high-quality sawlogs with only 15 per cent being a residue product delivered to the chipmill,” Mr Blessington says.

The Princes Highway cuts through the operation giving motorists a first-hand look at modern logging practices.

“The work in Corunna State Forest is being undertaken in accordance with NSW’s strict native forest regulations,” Mr Blessington says.

“The harvest contractor will be completing works this time with the 300 metre [sea eagle] exclusion zone intact.

Mr Burke says he has seen the sea eagle family flying around above the protest.

“The forest has been closed so we can’t go in there to check on them. The Forestry Corporation officer in charge of the operation, Jim Potter, goes in regularly and checks on them. He says that the chick is flexing its wings and he feels that it could fledge quite soon.

“He is a man with a job to do and he takes pride in doing it well and we respect that.

“The sound of the trees smashing to the ground has been particularly disturbing and for me, it gives me a tight feeling in my gut and chest each time they fall and seeing them piled up and leaving on trucks,” Mr Burke says.

Forestry protests are nothing new for southern NSW, the familiarity of picket lines and placards in the forest means that many in the broader community have lost interest or struggle to engage with what in the past has been a hostile and at times violent debate.

Growing concern around climate change has however deepened the discussion in recent times through initiatives like the Great Southern Forest.

“We’re using the opportunity provided by the highway location to highlight the problems with native forest logging, inform more people of our concerns and better options and put pressure on governments to take the sensible solution of finally putting an end to the logging of our native forests and transition into plantations,” Mr Burke says.

“We have been working on the Great Southern Forest proposal as a viable alternative for the management of State Forests here on the south coast for quite a number of years.”

This new way of forest management is centred around using state-owned forests as carbon sinks rather than using them for forestry. Drawing carbon from the atmosphere and locking it in trees.

With State and Federal elections due in the coming months, it’s an idea that will be tested strongly.

In the meantime, the timber harvesting operation at Corunna will run until early December.

“We put a lot of time into surveying the forest before they [Forestry Corporation] started logging including installing night cameras where we detected an endangered Masked Owl.

“The way in which they’ve handled the Masked Owl that we discovered is particularly disconcerting.

“We were told that the protection provisions only apply to a nest but the forest was closed the next day so we were unable to look for the nest.

“Because it is a territorial bird and won’t move home, the exclusion zone for the Masked Owl is 300 hectares.

“We’re told that they [Forestry Corporation] can use a ‘landscape’ approach by setting aside 300 hectares somewhere else instead of the location of the owl but they won’t tell us where they have reserved this forest area,” Mr Burke says. 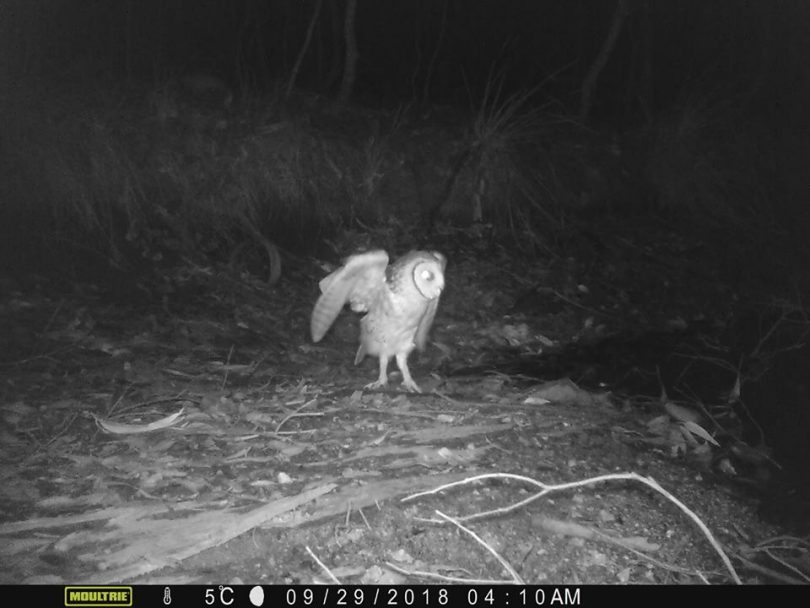 In terms of the Masked Owl, the Forestry Corporation says one observation of an owl on its own does not trigger any Threatened Species Licence prescriptions.

“These birds have large home ranges, around 1,000-2,000 hectares so a particular individual could be located anywhere in the landscape,” Mr Blessington says.

“This is why large forest owls are managed at a landscape scale with a network of exclusions across the forest estate.

“Most of our forested landscapes are occupied by owls at some time so we ensure that suitable habitat is conserved across the landscape. If a roost or nest site was found, that would trigger exclusion zones of 30m or 50m respectively.

“Approximately half of the forest will be harvested and half left untouched, so large areas have been set aside for protection and conservation,” Ms Blessington says.

Conservationists have vowed to continue their protest action as long as the harvesting operation continues.

David Keir - 24 minutes ago
Don’t worry about the homeless men View
Lilly Walter - 51 minutes ago
Wayne Williams, bloody oath they do. More manipulative and cunning women are. If I had the fund or patience to create a men o... View
Wayne Williams - 2 hours ago
Lilly Walter tell that to the recently fatherless young fella in Brisbane, women commit family violence also View
News 10

brianf - 49 minutes ago
The stats I've seen suggest about 90% of accidents between cars and 'vulnerable road users' (cyclists and pedestrians) are th... View
paservank - 2 hours ago
...or get rid of all the cars? (an equally stupid and self-centred idea) View
Community 24

chewy14 - 2 hours ago
This is a strange comment. Firstly, it assumes that the local ACT government is fully in control of house prices in the ACT w... View
Aneta Petreski - 2 hours ago
Isnt this most of Canberra?... View
Capital Retro - 4 hours ago
Glad to see the madness hasn't reached Tuggeranong suburbs yet. View
Lifestyle 13

@The_RiotACT @The_RiotACT
Fancy a gooey, sticky, chocolate pudding? How about a cleansing ale or hearty casserole? @CanberraSCC members can help local charities like @karinyahouse with every bite https://t.co/ogAbd4GfVL (55 minutes ago)