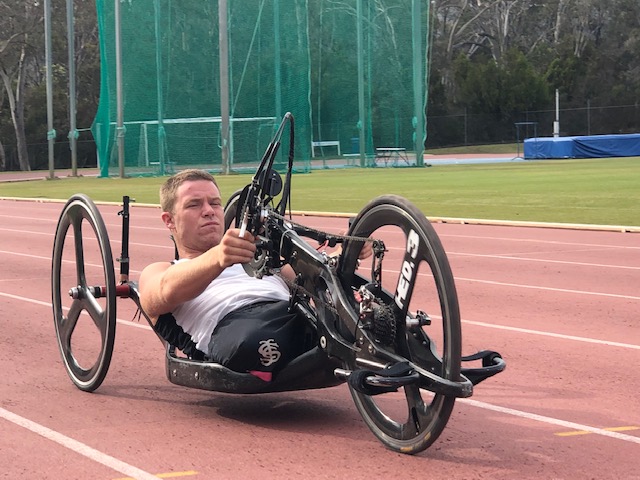 On 10 October 2009, Toby Lyndon was walking along train tracks in Wollongong on his way to meet a mate when he was hit by a train.

The 21-year-old lost both legs, suffered a brain injury, a collapsed lung, and multiple other injuries which left him in a coma for three weeks.

He spent the next year in hospital followed by intensive rehabilitation as he learned to walk again with his prosthetic legs. It was a significant blow for the athletic man, who as a teenager competed in Ironman events and played basketball while studying physics at the University of Wollongong.

For most people, the loss of both legs would have ended any serious sporting ambitions but despite the pain, the trauma and the frustration, Toby didn’t give up.

Nearly ten years later, Toby moved to Canberra determined to achieve his new goal in life – to become a triathlete and maybe one day to become a Paralympian.

For the past seven months, while living out of his car in Canberra, Toby has trained daily at the Australian Institute of Sport with his sights firmly set on representing his country at the Tokyo Olympics in 2020. 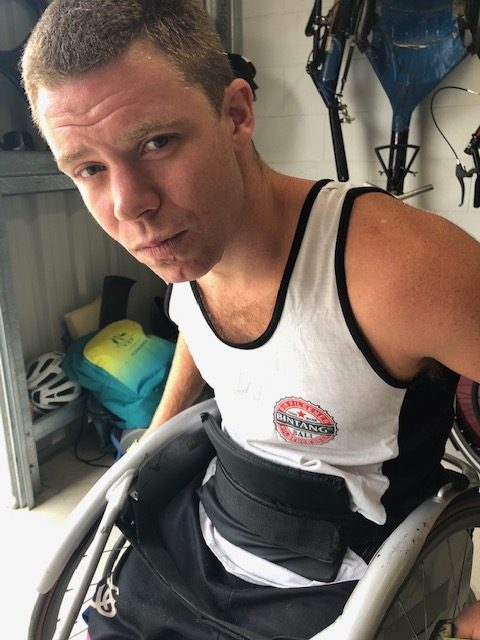 Last month, after having a meal and his clothes washed at a service provider, Toby was travelling to find a safe place to park and sleep when his new prosthetic legs locked into his steering wheel, causing him to crash his car into a streetlight pole in Lyneham.

Fortunately, he wasn’t hurt but his car – his home – was written off.

Determined to achieve what he set his heart on, he started catching the bus to and from training and back to his wrecked car to sleep.

After hearing about Toby’s plight, his friends Noreen Vu and Jeremy Lasek felt compelled to do something to help. So they launched a crowdfunding campaign called Wheels for Toby to give him a helping hand and help Toby get his life back on track.

The duo aims to raise enough money to give Toby two sets of wheels – a new customised car to give him back his independence and a special custom built wheelchair to enable him to compete in his first-ever triathlon. 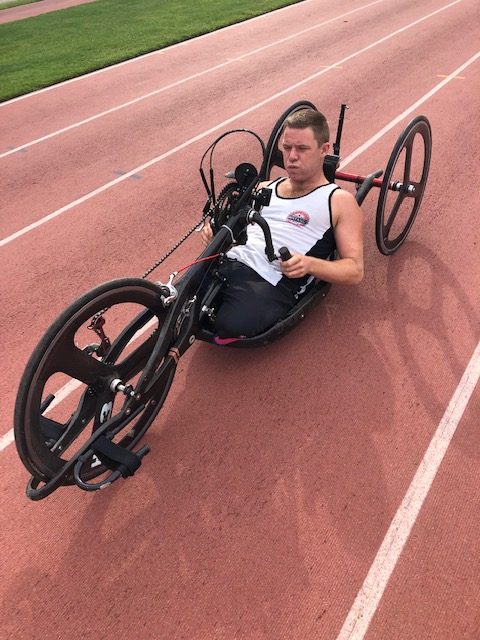 “Despite everything, Toby is one of the most positive people you’ll ever meet,” Noreen said. “He treasures his independence, doesn’t seek sympathy or handouts, and is just grateful to have been provided emergency accommodation while he tries to get his life back together.”

“This is a time of year when we think about people like Toby who are doing it tough,” Jeremy said.

“We are hoping Canberra families, businesses, schools, sporting groups, and any organisation that cares, will make a contribution to help Toby get his life back together. We have shown so many times in the past that Canberra has a big heart so we are asking the local community to dig deep again by supporting Wheels for Toby.”