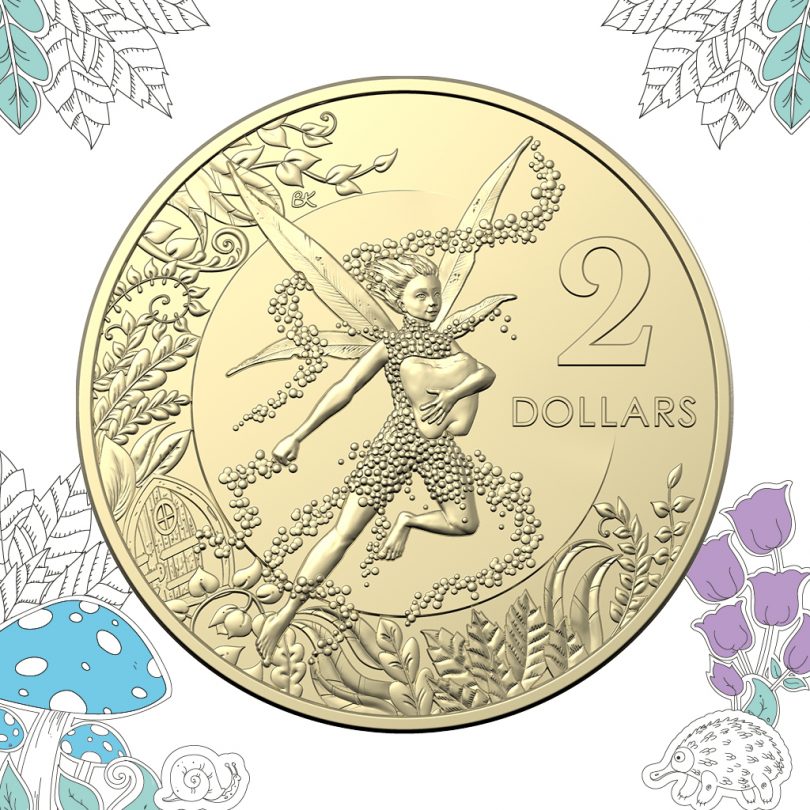 For kids, there is a time when losing a tooth is a good thing. Rather than it meaning a trip to the dentist like for adults, it can mean receiving money.

The Tooth Fairy has gone down in history a bit like Santa Claus, an imaginary figure who rewards children for their good deeds – in this case, losing a baby tooth.

Children were told that if they placed the missing tooth underneath their pillow before drifting off for the night, they would wake up with a coin in its place.

Of course, adults know the Tooth Fairy is actually just a parent who sneaks into the bedroom in the dead of night.

If this is you, the Royal Australian Mint now has the perfect coin for the occasion. It has minted a special $2 coin that depicts the elusive character, complete with a tooth in her arms.

“As the official supplier of coins to the Tooth Fairy in Australia, the Mint is proud to offer this adorable keepsake to celebrate this special moment for children all over Australia,” reads the description at the Mint’s online store. 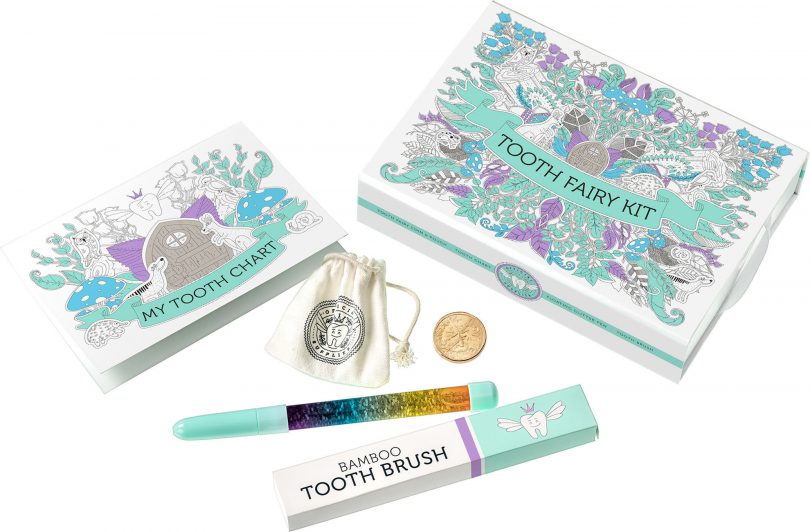 The coin forms part of a ‘Tooth Fairy Kit’, which also includes a cloth coin bag, bamboo toothbrush, a floating glitter pen, a tooth chart for counting baby teeth losses, and a “special message from the Tooth Fairy” herself encouraging the recipient to take “very good care” of their “magical teeth”.

It is all encapsulated in a lavishly decorated box with carry handles.

The coin represents legal tender, but the Mint won’t be directly circulating it. The kit is currently for sale on the Royal Australian Mint eShop for $25.

READ ALSO: The strange and lovely world of Jeffrey Smart at the National Gallery

“I got one last year for my son – oh my goodness, he was bananas with excitement for the kit,” reads one comment.

Reads another: “This is so cute, but also highlights one of the reasons we must NEVER become a cashless society. It just wouldn’t be the same if the tooth fairy has to make direct deposits into children’s accounts.” 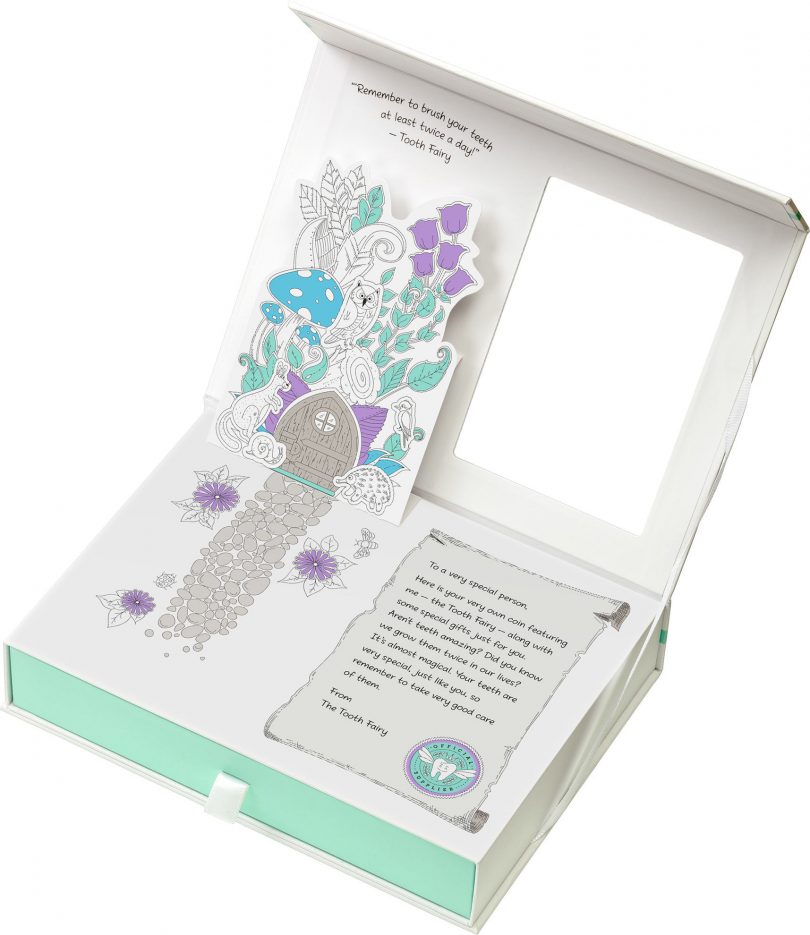 The message from the elusive Tooth Fairy herself. Photo: Royal Australian Mint.

Another comment makes the point that “when you really think about it, the tooth fairy is creepy, swapping body parts for $ – what an odd tradition we’ve all grown up with and perpetuated.”

Meanwhile, the honour of the first coin minted in 2022 goes to Dorothy the Dinosaur, the much-loved sidekick to The Wiggles.

People from across Australia entered into a ballot in the hopes of winning the highly sought after first coin of the year, with this year’s theme being ‘Dinosaurs Downunder’. 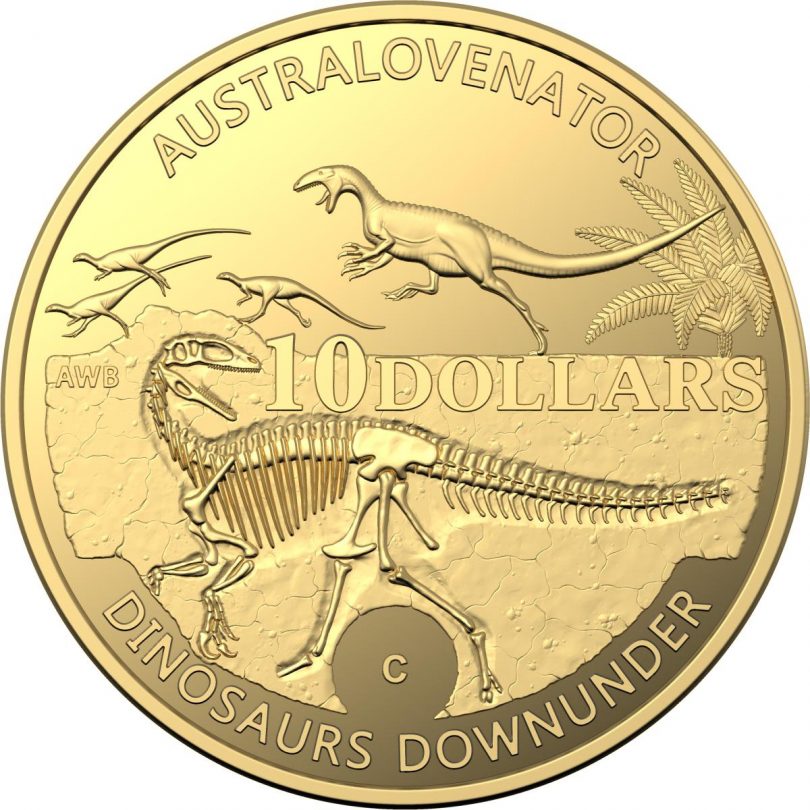 “Most of the dinosaurs in popular culture are not found in Australia,” he said. “We want to change that narrative with these coins.

“The coin itself features one of Australia’s earliest dinosaur predators, the carnivorous Australovenator dinosaur, in both its fossilised and live forms. The packaging of the coin also highlights Australian dinosaurs, with five different cards to collect.”

Anne Raisbeck from the Upper Hunter region was the lucky winner of the ballot. She will receive a unique, one-of-a-kind coin set that includes the First Coin of the Year and accompanying certificate of authenticity, as well as the Dinosaurs Down Under ‘C’ Mintmark and Privy coin set, and the Dinosaurs Downunder Silver Proof coin.

In previous years, the Mint’s First Coin of the Year event attracted hundreds of keen coin collectors to the Mint in the hope they will get to press the first coin. Due to COVID-19 concerns, the event was made digital for 2021 and 2022.

Mr Gordon remarked on the importance of ensuring this much loved event went ahead despite the unprecedented circumstances presented in 2021.

Tasmynee Carle must get one of these

They're sold out Rachel Ballin 😢

Alcuin Gardiner find it for me

Natasha Grace they still have it in stock online

Sherree Mulquiney lol. If I had one I would give it to her.

Me thinks she will be getting a note though…

Fairies are revered in Canberra.

Jessyca Alcock are you still into coins? This one is super cute

Its a great idea.. wish they were around for when my kids were younger...

Melanie Smith I got one of these kits for Kiesha. Hopefully won't take too long to arrive.

Emma, buy a stash for when the tooth fairy comes to visit little man

Bec Eyley they are cute.. but teeth will be dads thing 🤢🤮

Askaa Lee Sell. Have to get one for Emilia

Rosemary, if you get any, can you please save?

What a fabulous idea, well done to Australian Mint🌟

Jimbo Lambert - 14 minutes ago
If the reduction is about safety, shouldn't they install a warning speed check at the start of the 40 zone to warn drivers th... View
Jimbo Lambert - 15 minutes ago
Justo Justo I haven't been fined, as I now avoid going that way. In fact I didn't even know the limit had been reduced until... View
Justo Justo - 41 minutes ago
Jimbo Lambert I have driven it for 30 years also , the new speed limit was announced throughout Canberra for months, there re... View
Food & Wine 20