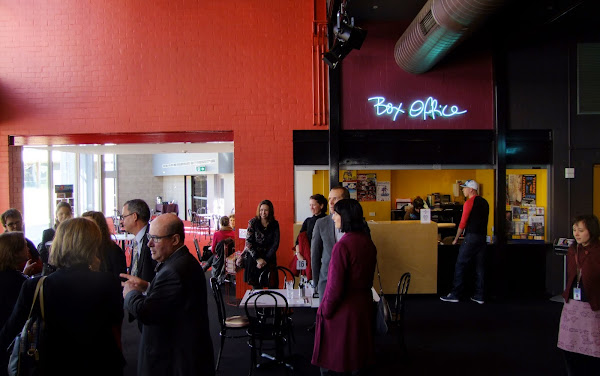 Just in time for the Capital Jazz Project tomorrow the Street Theatre has officially reopened after it’s $3 million dollar face-lift.

It looks quite nice.

So nice in fact that face-lift is probably doing it an injustice. There has been some serious work done here including:
— A new office area with space available for touring shows,
— Improved acoustics for Street 2 so you can’t hear people ordering their coffees while you try and watch a show,
— An massive overhall of the foyer and cafe area with more room and natural light,
— and a huge dedicated rehearsal venue out the back.

Joy Burch was on hand to officially re-open the theatre today, which she promised was only the first of multiple new and improved arts hubs that would be opening across Canberra this year.

The major shareholder of Public Bar in Manuka and the founder of Canberra's largest accounting firm, Walter Turnbull, has taken...
News 38

Welcome to the new and improved Woolley Street