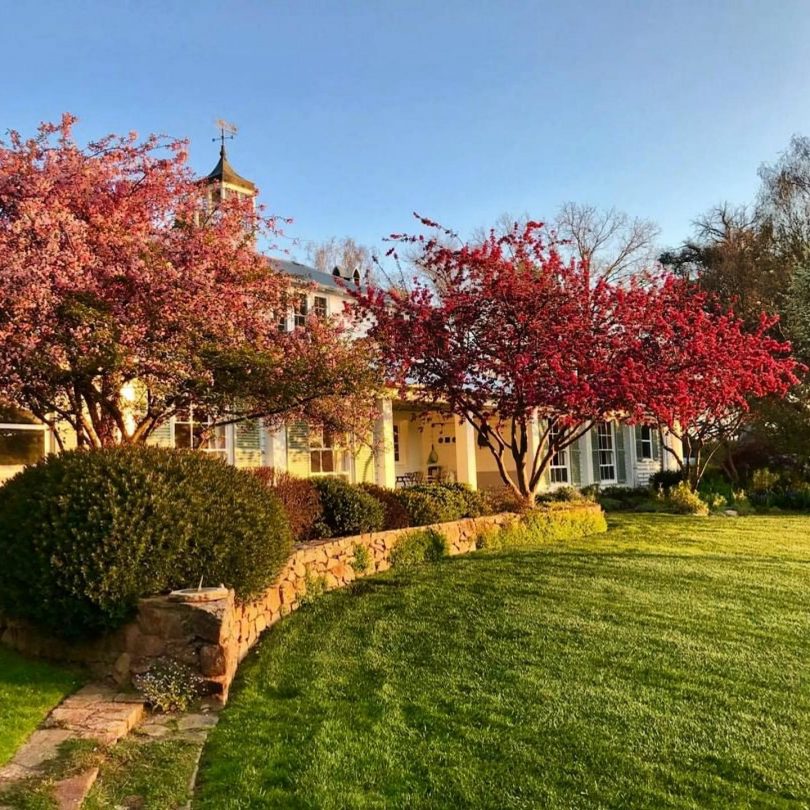 The property of Markdale in the NSW Southern Tablelands is open to the public across two weekends in October. Photo: Supplied.

In the NSW Southern Tablelands is a garden property once closed to all but the Australian gentry, but now open to the public once a year.

The not-so-secret garden, Markdale, was once the Ashton family’s personal polo pitch, and later the work of acclaimed landscape designer Edna Walling. 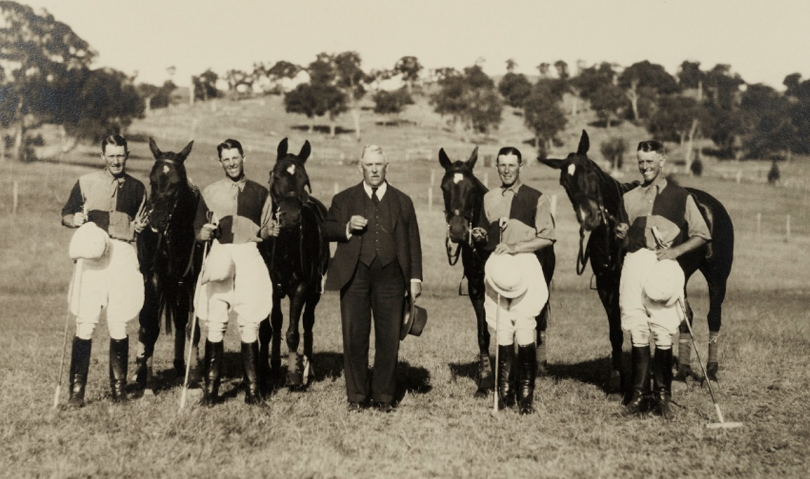 In 1920, Markdale was purchased by James Ashton, the Member for Goulburn from 1898-1907 and Secretary for Lands from 1904-1907. The property was very run down at the time with fallen fences and rabbits everywhere so Ashton’s four sons, Jim, Robert, Geoff and Phil, set about restoring the property with 30 staff.

The property became the brothers’ personal polo field and hitting pit – against Ashton’s wishes. However, he came around to the idea after his wife apparently said, ‘Those who play together, stay together.’ 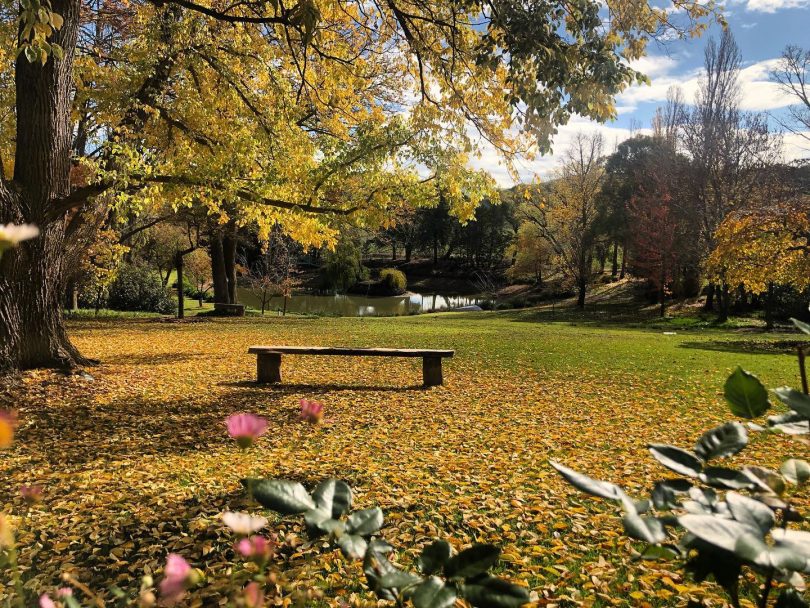 The grounds of Markdale is one of the most intact examples of Edna Walling’s garden design. Photo: Supplied.

The four brothers honed their skills by playing polo at Markdale, as well as making frequent trips and riding to and from Goulburn for weekend matches. They eventually made their way onto the greater Australian polo scene, and in 1926 formed the Goulburn polo team.

Markdale’s garden was also established in the 1920s, but redesigned by Walling in 1949 after Geoff had tried his hand at a low stone wall that ended up six-feet high.

Walling’s work at Markdale garnered her attention throughout NSW, where she wasn’t well known at the time as her previous work concentrated in western Victoria.

When she arrived at Markdale, Walling was intrigued by the garden and picked out two big trees in front of the house to design the garden around. 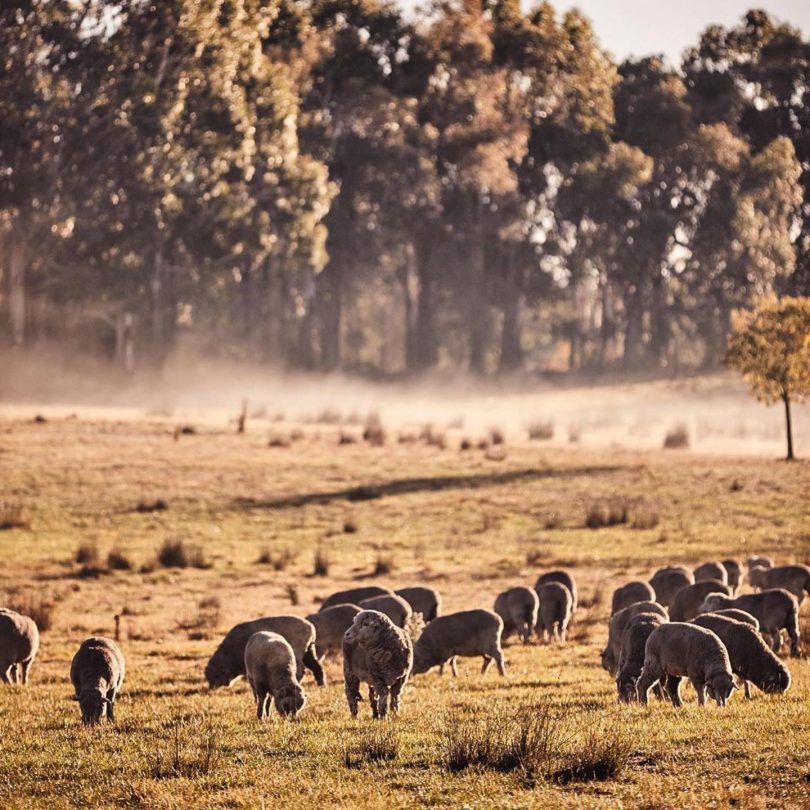 However, she needed workmen so chose friend and landscape contractor, Eric Hammond, who re-turfed the Melbourne Cricket Ground before and after the 1956 Olympic Games.

His workmen, under Walling’s instructions, built the stone walls, levelled the garden and moved the driveway from the northside of the house to the westside.

Today, the garden remains substantially as Walling planned. Characteristic of her work is the dry stone walls, the sweeping lawns merging with mown paddock, and informal curving paths leading the eye onward to the enchanting hidden depths of the garden and hills beyond.

Spanning five acres, Markdale’s garden has been featured in many books and magazines during the years and is synonymous with Walling’s signature design: blending native plants and exotics, thyme lawns, informal garden pool, hand-built paths, and integrating the house with a serene yet untamed garden. 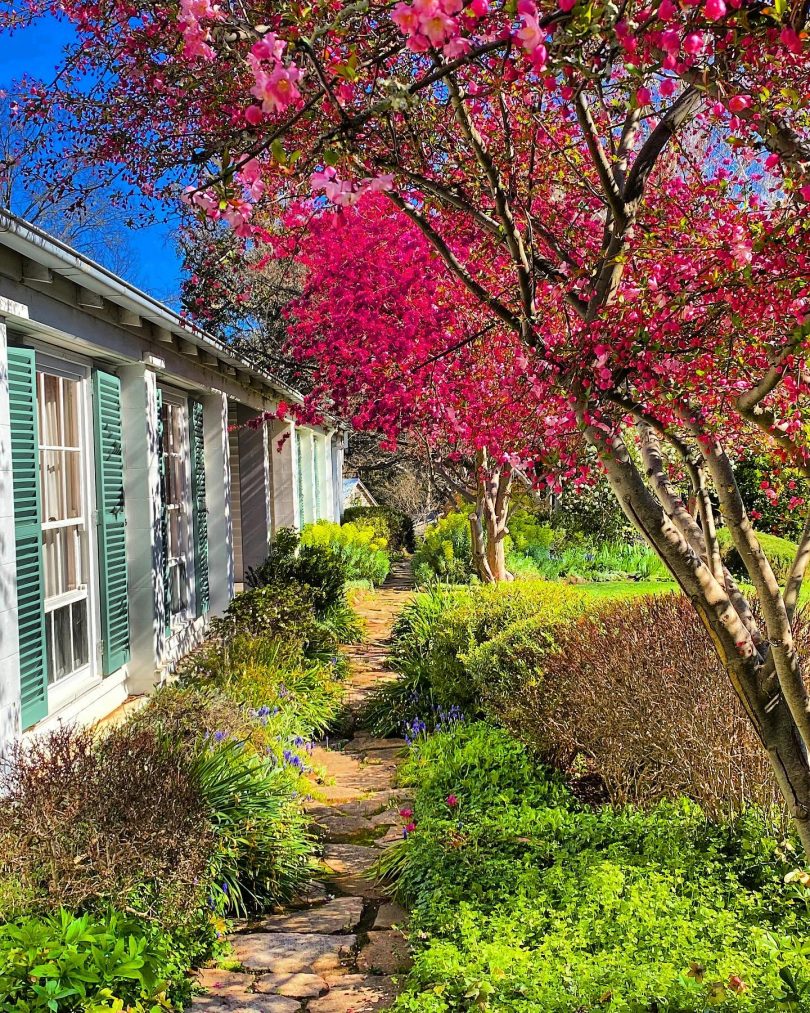 The public will have the opportunity to purchase cuttings of Edna Walling’s plants at Markdale. Photo: Supplied.

Modern Markdale is a working sheep and cattle station, located three hours’ drive from Sydney and 90 minutes from Canberra.

Each year, current owners the Edwards family open the historic garden – which is now maintained by head gardener Phil Rose – to the public.

Members of the public are free to explore the garden, purchase cuttings of Walling’s plants and pack a picnic to soak up the best of spring at Markdale.

Tickets must be pre-booked here.

“so Ashton’s four sons, Jim, Robert, Geoff and Phil, set about restoring the property with 30 staff”

Does anyone know where this place is?

Tom please can we go this year?

Tashy Leonard we should go.