The psychology of risk: how leaders manipulate the rest of us 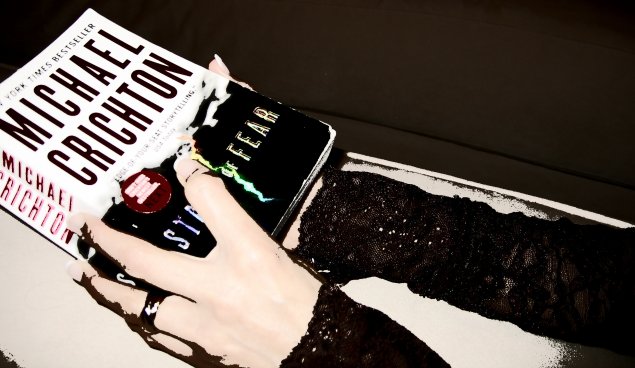 The following is an edited version of a recent discussion I had with students in the Catholic University. Readers may find it interesting.

The psychology of risk is used as a tool in the manipulation of people in either the political, the bureaucratic or the management processes. It is used by leaders and managers, be they politicians, business managers, bureaucrats, sporting coaches, teachers or just plain parents.

‘The State of Fear’ is a fictional story by Michael Crichton. In it, he articulates a phenomenon he calls the state of fear. This is the creation of monsters that only the hero can subdue and thus the hero is elevated to the top of society.

This theory is valid and it goes like this.

The ruling class (dictator, emperor, insert name here) creates the state of fear in the masses. This is often the creation of imagery that the hordes are going to come over the hill and do you over. The general, king or whatever, says that only he has the power to resist this threat and you should therefore follow him. And they do. You know that process as the creation of the Straw Man. You create it so that you can tear it down. History is littered with people who have applied this theory.

They have all used the threat of disaster and unimaginable misery as the reason the populace should follow them. They used the imagination of the populace to enhance in the minds of people the risk of disaster and misery; or hope and expectation of being saved. They used risk as a tool in their control of the minds of those they wanted to subordinate. In most of the cases, the use of this portrayal of the risk of negativity was used for personal aggrandisement or subjugation but in some cases it was for a notion of the common good, mistaken or otherwise.

The religions started with the notion of common good but still used the psychology of risk as a tool for subjugation.

The principal tools of the psychology of risk are the use of language, imagery and symbolism. And we have all used this imagery in our everyday lives. How often have you got your own way by being a bit theatrical in your language in describing a predicted series of events, the outcome of which you wish to influence?

My experience of risk is that most managers are risk averse and will only move after being given the go ahead by someone who will carry the risk of failure for them.

A good manager uses the psychology of risk in his/her management toolbox to convince you to do what he/she doesn’t want to do, for whatever reason there is. This management approach is neither good nor bad. A manager may not want to do something because, he/she doesn’t have the skill/expertise to do the technical detail, the time, the inclination or the getup and go to do something themselves. Delegation is easier than doing. But take care: one can’t delegate risk. Sometimes risk aversion creates its own sovereign risk.

In politics, the use of the psychology of risk is an everyday occurrence. It applies from within the political entities in their campaign strategies to the manipulation of individuals. “The Liberals eat their own children so don’t vote for them or your children will be next!”, “Labor equals communism and brutal unionism so be scared, be very scared!”

Remember the imagery around Peter Reith and the MUA when he used balaclava clad thugs with attack dogs to subdue the striking unionists; remember the imagery of people throwing their kids overboard and the subsequent election success that brought, only to be discredited later on.

The spin doctors have prescription pads for imagery around the negative risk people will encounter if they don’t follow the edicts of their masters. It is true that the more exaggerated and over the top presentation of the imagery, the more exaggerated the values of the recipient of the message, the greater the imagery of phobia, the more likely a successful outcome will be delivered by the message bearer.

In politics, the amplification of risk is used every Question Time and in the media by governments and oppositions as frequently as hyperbole and more often than truth. Remember the exhortation from John Howard to be “Alert but not Alarmed”? This was an amplification of the risk that boat people posed if allowed onto Australian shores. The Abbott government amplified the risk of people drowning at sea, after the Christmas Island tragedy, not allowing that to turn back the boats once they were found to be leaking, was to condemn those boats to perilous journeys across seas which could have been their undoing. His claim to have stopped people smuggling by turning back the boats was just hyperbole and exaggeration. His policy did slow things down but did not “stop” anything.

The use of terms like “Axis of Evil” by President Bush and the “Coalition of the Willing” by Blair, Howard and Bush are more examples of the amplification of the fear and the exaggeration of the risk facing Australia.

It is also true that it suited the Abbott government for the ordinary Australian to fear Muslims. Horror tales of the beheadings by IS were insinuated into the Australian psyche as being true of all Muslims. The anti-mosque movement in Canberra is an example of the use of this fear campaign, saying that unless the risk of Islam taking over and Sharia law being the rule of law in Australia, is addressed, we’ll all be subjugated. The fact that this movement had its genesis in the bible belt of the US, came to Australia via Wee Waa near Gosford, spread to Bendigo and other centres, was prosecuted by a small group (18 in Canberra) of radical anti-Muslims, was under-reported and is largely unknown by the general populace. That these people pose more risk to Australia than the followers of Islam is not recognised as a risk by those in whose interests it is to play the religion card.

So … how do you counter the application of the imagery of risk if you come across it? Imagery needs exposure.

This is the fight science is taking up to religion. They are tackling the fight between evolutionists and creationists by presenting indisputable fact but also attacking the clergy for being off with the fairies, not fully understanding that the clergy are keeping a tight grip on their followers by using the imagery of the risk of eternal damnation as their ultimate tool, along with the promise of eternal salvation. The fight continues unabated.

How is it that the shock jocks like Alan Jones, Andrew Bolt and Ray Hadley are so successful? They use language and imagery to instil a state of fear in their listeners; they suggest using mind pictures, the risk of dire circumstances if one embraces any other view than their own. And their listening acolytes follow like lemmings.

The psychology of risk is an integral tool in the manipulation of people and most people just don’t see it in action.

“The fact that this movement had its genesis in the bible belt of the US, came to Australia via Wee Waa near Gosford, spread to Bendigo…”

“The fact that this movement had its genesis in the bible belt of the US, came to Australia via Wee Waa near Gosford, spread to Bendigo…”

Your second last paragraph could equally apply to the ABC shock jocks and climate change.

Precisely Mr Hargreaves and that is why people should be placing their ‘confidence,faith and trust’ in our Lord Jesus Christ as priority and not focussing on their careers, their managers, the earthly imagery and delusions that take people down the road to perdition.

Marypages.com – just one link of many with Jesus’ own Holy Words to hundreds of His Saints each Century.

The best ‘psychologist, manager, Teacher, Boss anyone in the whole world can have is our Lord Jesus Christ of Whom is our merciful Saviour and best friend…if people took time out of their lives to ‘receive’ Him into their hearts. The imagery – false imagery is that this is our real life – when in fact – our real life is our life eternally with Jesus God and The Holy Spirit and our Heavenly Mother Mary with all of the Saints, Martyrs, Patriarchs, Apostles and Holy souls in Heaven.

Jesus and our Blessed Virgin Mother Mary have taught me this directly over the past 4 years! How joyous in our Lord Jesus my new life happens to be! public service gone for good, no stresses, no worries of the earthly variety, because my life has been handed in complete trust in Jesus to Him with His Holy Loving intercession!

“It is also true that it suited the Abbott government for the ordinary Australian to fear Muslims. Horror tales of the beheadings by IS were insinuated into the Australian psyche as being true of all Muslims.”

Goodness me. Next thing John will be drawing analogies with Jud Süss.

I hope those students didn’t pay to hear all that nonsense John.
The imagery of hundreds of thousands of “refugees”invading Europe doesn’t need a story teller.
I have confirmed with friends in Europe that it is indeed real.
If you don’t believe the “imagery” then the best of British luck to you.
btw, Wee Waa is nowhere near Gosford so whoever told you that is trying to manipulate you.