The Public Menace of Blight (Episode 04) 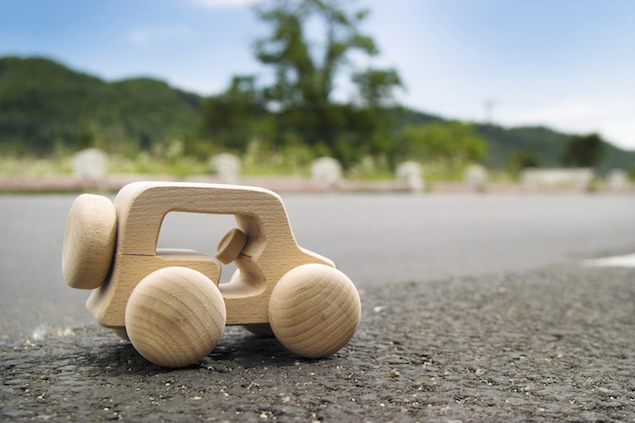 Continuing from episode three, this is The Public Menace of Blight by Kaaron Warren.

I had kept the market guy’s card (those blue eyes! Those arms!) and called him to ask where the crate of things came from. I spent a minute describing who I was, what I bought, and he said, “Yeah, the one with the really nice green eyes.”

That threw me a bit. I was wrapped in a blanket (my place was so cold), feeling very far from sexy. The humming in my ears was louder than ever. I could pick out a word every now and then Lonely I thought and Sad which made me worry about my own sanity.

“I just wanted to ask you where the box of stuff came from.”

“Just this weird coincidence. One of the things, that little wooden car, belongs to a friend of mine. She hasn’t seen it for over twenty years.”

He asked me to meet him at George Harcourt Inn, a place I hadn’t been since I first moved to Canberra 15 years earlier.

Margaret came over to babysit the kids, even though they are old enough now to whinge about being babysat. She promised them she’d make scones and homemade Bolognese, not from a jar, so they were pretty happy.

I dressed up more than I should — good underwear, the uplift bra. I felt like an idiot — this wasn’t a date. It was a weird thing I needed to focus on.

He’d dressed up, too. He had a shirt on, and his hair was wet-combed. His face shaved. We greeted each other awkwardly, then he got us drinks (beer for both of us; I was pleasantly surprised by the choices) and we made small talk about the market for a while.

“So…” I said. “I was just wondering where you got the crate from.” I had brought it with me and felt awkward about that, so had hidden it under the table. I heard a creaking, and he cocked his head, as if he heard it.

He was a stranger. He had no agenda, so I decided to take a chance.

“Because I think the things in it might be haunted.”

“Heard them. That creaking noise? Can you hear that? And I’ve felt like a shadow over me. If that makes sense.”

“Has anyone else seen or heard?”

“I’m not asking anyone that! Have you heard them?”

“I can hear that creaking noise. And I saw that shadow thing you’re talking about.”

“You know the Allawah Flats, right?”

Anyone who lived in Canberra knew them. A headline in the Canberra Times had said, “The Public Menace of Blight”. The biggest uproar was that they didn’t acknowledge where they got the quote from.

“Did you know they kicked all the people out? They’re knocking that shithole down, building million dollar apartments. And act like they’re doing us a favour.”

It was the sort of thing you read about but didn’t think much about.

I got us another beer.

He told me that when they closed the Allawah flats down, the people were shifted in bus loads to their new ‘location’, they called it. They could only take a suitcase each and as much as they could carry. All furniture would be destroyed, being riddled with white ant. All items left behind would go to the tip.

“They got us in to clear the place out before the wreckers. We had to cart the furniture downstairs and you can bet we checked under all the couches and chair cushions, and under mattresses. Any cash we found we kept. Nobody would deny us that. Documents we handed in but I reckon they were all chucked out. Jewellery we kept. It was only going into the rubbish so why waste it?”

I didn’t correct him. If it was going the tip, it wasn’t rubbish.

They found boxes of toys, books, cupboards with clothes still hanging in them. They found stuff that had clearly been stolen, like brass drain gratings and large amounts of toiletries, all unused.

All the tiny treasures of a person’s life.

“We kept a fair bit of stuff but before long it all started to look like junk. Some of it had sentimental value, I guess, like the piles of Christmas Cards we found in their letter boxes, but most of it didn’t even have that. Just junk. No money in it. We’d been working a week or more, and had only one last floor of one last building. We’d been avoiding this one. Making jokes all along, but at the same time, it freaked us all out a bit. People told stories about this floor. Ghosts and that. There’d been more deaths on this floor than all the others put together. Murders and suicides and overdoses. All sorts of shit. People said everyone who died was still there, wanting to jump our bones. Find a new body to live in.”

“Do you believe all that?”

Part five of The Public Menace of Blight will be published on the site tomorrow.

Jannah Fahiz - 3 hours ago
Oh my god. These comments are wild! Thank you for a good read RiotACT :) View
Michael Inglis - 4 hours ago
Do the vegans who willingly starve their own kids to death still have the moral high ground, or is that more of a grey area? View
Geoff Langridge - 5 hours ago
Dean Newman okay now youve just gone feelings over facts. View
Food & Wine 10

Chris Sherlock - 11 hours ago
Jorge Gatica i suppose you’re one of those people who thinks that road levies pay for roads. You know it all goes into the... View
Aloysius Devander Abercrombie - 11 hours ago
i think i get her point, something isnt perfect and theres some way its technically "not green" so bugger it lets all go back... View
Les Rice - 12 hours ago
Canberras electric is not 100% renewable....it was 100% renewable one afternoon a month ago for 2hours......The solar doesnt... View
Sport 7

Archie Mac - 19 hours ago
My uncle told me in climbed the fence as he couldn’t afford to pay. Said he walked in just in time to see Bradman walking o... View
show more show less
*Results are based on activity within last 7 days

@The_RiotACT @The_RiotACT
In this week's Probing the Polls, we're asking whether you think the ACT should have more consistent speed limits. Vote in our poll to have your say https://t.co/6xAEF1iEcC (7 hours ago)