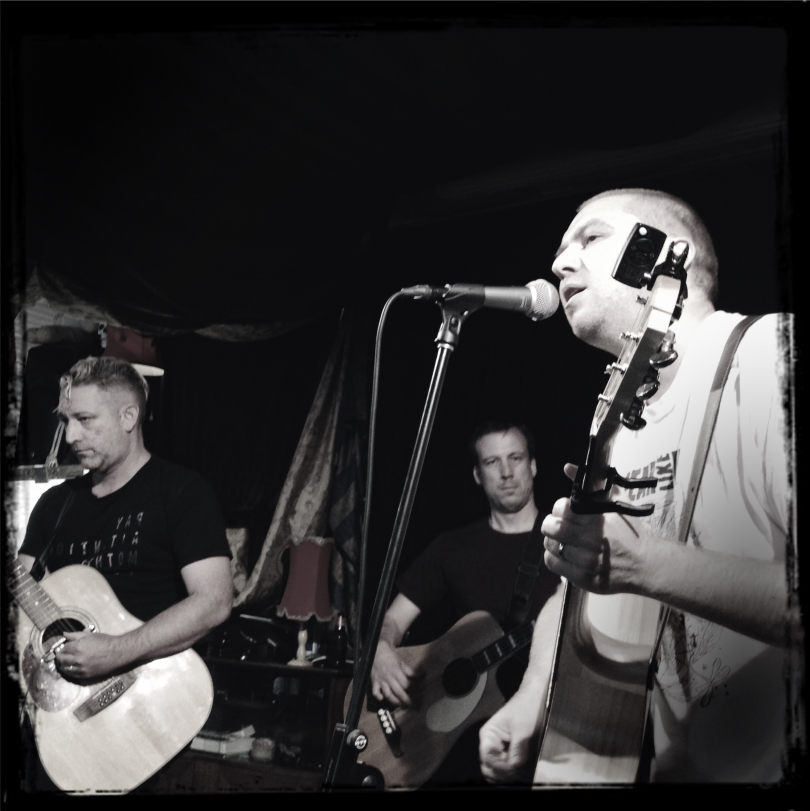 Click Cult will be playing Saturday afternoon from 4 pm at Smith’s Alternative with Petre Out and The Screaming Zucchinis. Photo: DJ Loz, LocalnLive.

Good afternoon and welcome to the RiotACT Gig Guide for the 4th to the 10th of October!

Click Cult have been kicking around for a while now, with their dissident punk folk putting a laugh into the many bitter hearts disillusioned with the current political climate. Click Cult, who recently released an EP, are playing on Saturday afternoon from 4 pm at Smith’s Alternative, with Petre Out and The Screaming Zucchinis. It’ll be lead Click Culter Bernie’s birthday, so get along to it!

Smith’s will also host its monthly sampling of Canberra’s experimental music scene, with Scattered Order, Okinawa Girls and Trim B on the bill. On the same night, The Phoenix will be hosting Michael Beach’s album launch, who will be getting the help from Thunderbolt City and Sob Story to make it a killer night.

The Phoenix on Saturday will be putting on a show in support of marriage equality, with Dalmacia, Oranges, Sodium Sunday and Beth Monzo all lined up to play, plus local legends Moaning Lisa will be acting as DJs for the night. Over at the Polish White Eagle Club, the much anticipated line-up of Brass Knuckle Brass Band, Rumblr, Massive Sherlock and An Inconvenient Groove will be playing as part of Live At The Polo. Yeo (who I had a chat to not too long ago on 2XX’s LocalnLive) will also be touring his new stunning album ‘Desire Path’ at Transit Bar. On Sunday there will be a big showcasing as part of Rockin’ for West Papau, a show coordinated with many others across Australia, featuring Space Party, The Rhythm Hunters, Hence the Testbed and much much more.

Matt N Amy - 12 minutes ago
That flying fox is really slow. I see older kids pushing each other really hard to swing the seat high up when it reaches the... View
Deb Maguire - 19 minutes ago
Julian Hayes so bloody true!!!!... View
Naomi Hume - 1 hour ago
when i was 7 or 8 i had a accident on the small flying fox and had to be taken to hospital to have 15 stiches put in my chin... View
Property 10

@the_riotact @The_RiotACT
Serina Bird had a dream to sell #secondhand clothing, and thanks to a grant from the @CBR_IN, it's about to become a reality with her new #online community marketplace launching this week https://t.co/w8N5lmRq27 (45 minutes ago)