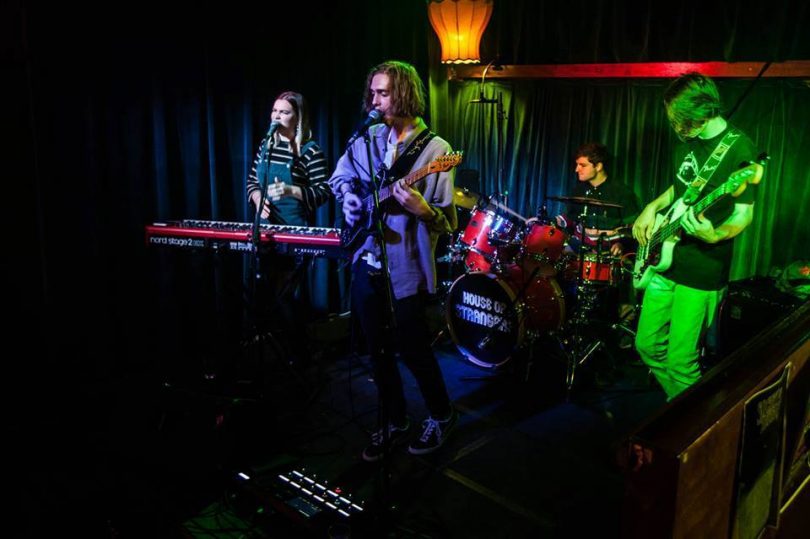 House of Strangers are playing as part of the 2XX LocalNLive Bootlegs at the Phoenix this Monday, along with Galactopussy, Arsenic & Old Lace and Kid of Harith. Photo: Adam Thomas.

Greetings and salutations to the RiotACT Gig Guide for the 6th to the 11th of September! There are some big events on this week, so let’s get stuck in.

Firstly pictured above is House of Strangers, who will be performing with Galactopussy, Arsenic & Old Lace and Kid of Harith as part of the September edition of the LocalNLive Bootlegs at the Phoenix this coming Monday, as curated by me. It is an absolute pleasure to have such a stellar line-up play under the LocalNLive banner, and I hope to see you there!

Secondly, the Reclink Community Cup is on at Jamison Oval this weekend, a clash of titans between the Lime Stones (read: musicians) and the Noise (the media) in an Aussie Rules match set to go down in ACT legend. Lined up as entertainment are some great local acts, including Waterford, Oranges and the ever-excellent Kingstons. Get along to that this Sunday!

Another BIG line-up is ready to go for La De Da’s CBR SAYS YES event, with Betty Alto, B-tham, Endrey, First Gulf War, Laura Ingram, Northbourne Flats, The Postmasters, Teen Jesus & the Jean Teasers and seriously a heck of a lot more. That’s on this Saturday, co-hosted by the Canberra Music Blog and Mulgara, will all proceeds going towards the push for marriage equality. It’s set to be HUGE!

There is a tonne of other things on this weekend, including the dystopian dance-music fusion of Fuse on at Ainslie and Gorman Arts, plus Reload Bar will become Australia’s first augmented reality bar to the booming soundtrack of DJ Sass. Have a great weekend!