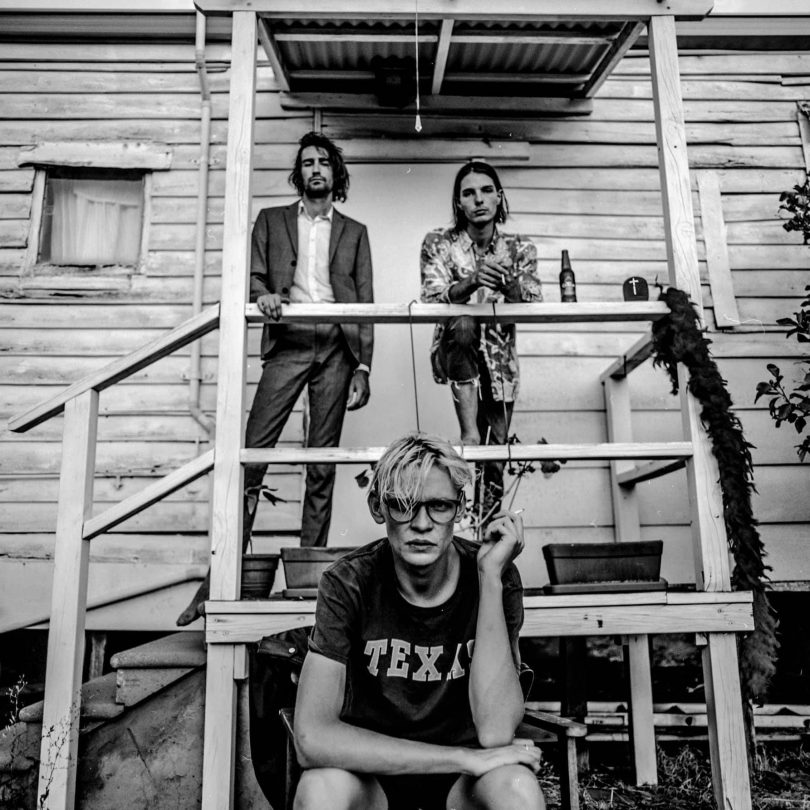 The winner of the 2018 Toyota Star Maker prize – one of the country’s most coveted awards – is coming to town in Brad Cox, all the way from Jindabyne, who will be playing with Blake O’Connor and Jack Rayne at Transit Bar on Friday from 7:30 pm. Meanwhile, Tired Minds will be stopping in at the Phoenix to launch a new LP, with help from Snakepit, Fatalist, Masochist and Fight Milk, from 8 pm.

There’s plenty happening on Saturday, including a huge line-up at the Old Canberra Inn which includes Teen Jesus & The Jean Teasers, Agency Dub Collective and An Inconvenient Groove, all part of Fossil Free Fest which is raising funds for Frontline Action on Coal and #StopAdani Canberra. Slagatha Christie will be launching a new single, “Lionel”, at the Phoenix, and over at Smith’s, alt-blues Wollongong band Dane Overton & The Joy Williams Band will be playing with like-minded, hooksy locals The Barren Spinsters, from 9:30 pm.

Peter Mackay - 4 hours ago
Sean Kinmonth Think about it. Self-driving vehicles are on Australian roads right now, and every year there are more of them... View
Sean Kinmonth - 8 hours ago
Peter Mackay do tell were your information for self driving cars being implemented before the trams are paid off comes from?... View
Maddison Farrawell - 9 hours ago
https://youtu.be/17cxH9p-xps View
Community 20

Chanelle Fyve - 6 hours ago
Can they lend them out to backyard - I know the Canberra bee society puts them into people yards so they can have different v... View
Bente Hart - 14 hours ago
Susan Nicholls 1kg sugar to 2L water heat gently until sugar is dissolved. Cool down. Poor into shallow tray with straw or th... View
Capital Retro - 20 hours ago
There are definitely more bees than flowers in my garden this season. I think the urban situation will improve but it's prett... View
Business 7

Susan Guelman - 6 hours ago
I have lived in Canberra for 63 years (emigrated from UK) and wouldn’t live any where else. I get so angry and frustrated w... View
Malcolmo Oz - 21 hours ago
Trudy Jane Even worse Jane (and Betty) - many have never even come here!! View
News 46

Lance Hallström - 8 hours ago
Lyndon Ogrady did your house evaporate when you settled? If an investor bought it then it's still for rent. If a renter bough... View
John Hynes - 8 hours ago
Gee, the Labor Party getting commercial policy wrong? Never!... View
Christina Carroll - 9 hours ago
Good more renters might be able to afford to buy now. View
Opinion 24

Amy Jones - 14 hours ago
Britt Shephard shall we attend for a few ciders?? 👍🤷‍♀️ View
Community 39

Caul Fer - 16 hours ago
Tarian Dixon no View
Shannon Lister - 21 hours ago
Michelle Brown your famous. View
Annabel Dobson - 21 hours ago
That’s simply not true. You can see very clearly the damage Brumbies are causing when you ride through KNP. We know scienti... View
show more show less
*Results are based on activity within last 7 days

A 57-year-old man has been issued with five infringement notices for driving with five unrestrained passengers, including four children, in Bruce...
Food & Wine 0

Saturday marked the 17th anniversary of the 2003 bushfires – events that are still seared into the memory of every...
News 46

@The_RiotACT @The_RiotACT
Register for #NightShift - a free & up-late program of talks, music & art-making at @NatGalleryAus, and you’ll be in the running to win a free double pass to the Matisse & Picasso exhibition https://t.co/YAi2P3e2Rv (7 hours ago)

@The_RiotACT @The_RiotACT
Canberra’s recent string of bushfire fundraisers continues this week, and you can find all the details in our latest #GigGuide https://t.co/8TXIEJ5DOu (8 hours ago)

@The_RiotACT @The_RiotACT
RT @AHCPhoto: Massive blaze at Pialligo this afternoon. Less than 20mins from my place. January has truly been a test for #Canberra #bush… (8 hours ago)