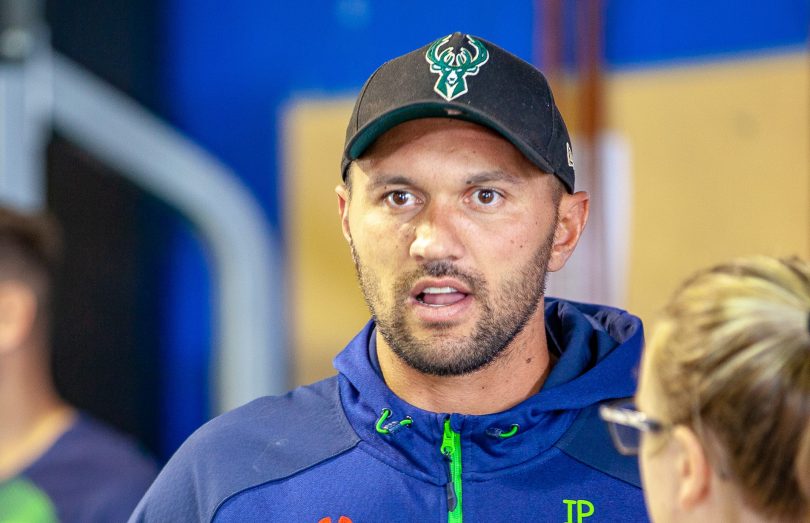 Vacancies had opened up at the Raiders and Jordan Rapana was in the right place at the right time. Photo: File.

If things had been different in a sliding-doors moment, Jordan Rapana could have been playing for the Wallabies this weekend at the World Cup in Japan.

Rapana, of course, will instead line-up for the Raiders in Sunday’s Grand Final against the Roosters in what seems as far away as possible from his days running around for Royals in the John I Dent Cup hoping for a call-up to the Brumbies.

His journey to this point is far from conventional after making his debut as a teenager with the Gold Coast Titans, followed by two years in the United Kingdom as a Mormon missionary, then a stint with the Western Force.

What followed over the next couple of years can best be described as serendipity. Rapana came to Canberra at the behest of Brumbies’ great, Stephen Larkham, then an assistant coach to Jake White.

Rapana played around 10 games for Royals in the 2013 season before things started to unravel at the Raiders with Josh Dugan departing the club in March, followed by Blake Ferguson later in the year.

Vacancies had opened up at the Raiders and Rapana was in the right place at the right time. He was back in the NRL.

Seven seasons later and at 30 years of age, there is speculation that Rapana is preparing for what could be his last game for the Raiders as he comes off contract at the end of the season. There have been reports linking him with Japanese Rugby Union, although he says coach Ricky Stuart is keen to see him stay with the Raiders.

Whatever happens beyond the decider is hard to predict in this day and age of the salary cap.

Before the Canberra Raiders jumped on the bus to Sydney, Tim Gavel caught up with Jordan Rapana to reflect on the unusual road he took to reach the NRL grand final.

Posted by The Sporting Capital on Wednesday, October 2, 2019

But it will be a big day for the Rapana family, with a brother and sister sharing the stage on Grand Final day for the first time in history.

Rapana’s younger sister by six years, Tazmin Gray, will lineup in the second round for the Brisbane Broncos in the women’s Grand Final against St George Illawarra. He says he is enormously proud of his sister as he reflects on the years growing up in a household with 10 siblings. 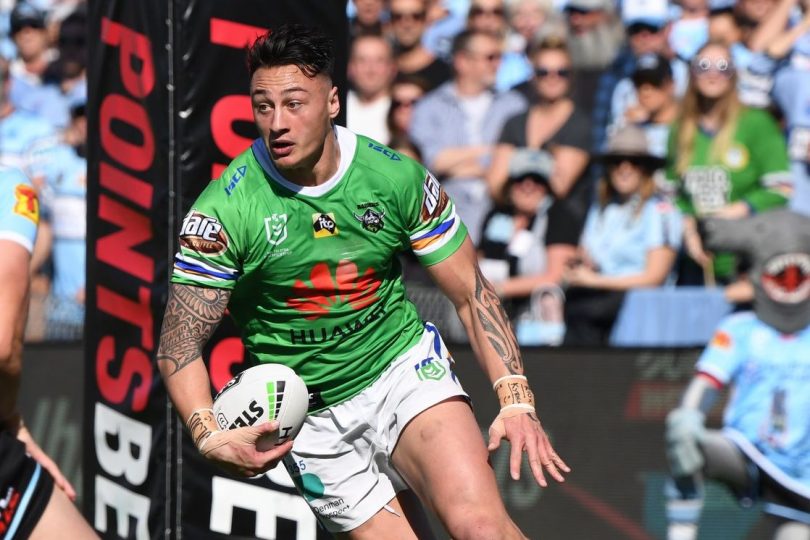 Charnze Nicoll-Klokstad has been a revelation, not just for the Raiders, but for the NRL this season. Photo: Canberra Raiders.

Charnze Nicoll-Klokstad has also had a less than conventional pathway to the Raiders after stints with the Melbourne Storm and the New Zealand Warriors.

It’s fair to say his career had stalled as he struggled to get game time at the Warriors.

His mentor during those times was Warriors’ assistant coach Andrew McFadden, now Ricky Stuart’s assistant at the Raiders.

McFadden’s advice to Nicoll-Klokstad, on reflection, was career-defining. He told him he needed to have a point of difference to make an impact in the NRL. He needed to be bigger and fitter.

Nicoll-Klokstad spent months last year refining his training program. He came to Canberra a week before the first trial game seeking to secure a contract.

Andrew McFadden, who by this time had joined the Raiders, says Nicoll-Klokstad, in his first opposed session made an impact: “He stood out straight away.”

It was a moment that would establish the template that exists to this day. With superior fitness and strength, he has been a revelation, not just for the Raiders, but for the NRL this season.

He has become a fan favourite with supporters attracted to his humble nature coupled with the fact that he is genuinely grateful for the opportunity to play with the Raiders.

Charnze Nicoll-Klokstad and Jordan Rapana are just two reasons the Canberra community has reconnected with the Green Machine.