The Running Joke will keep you coming back for more – UPDATED 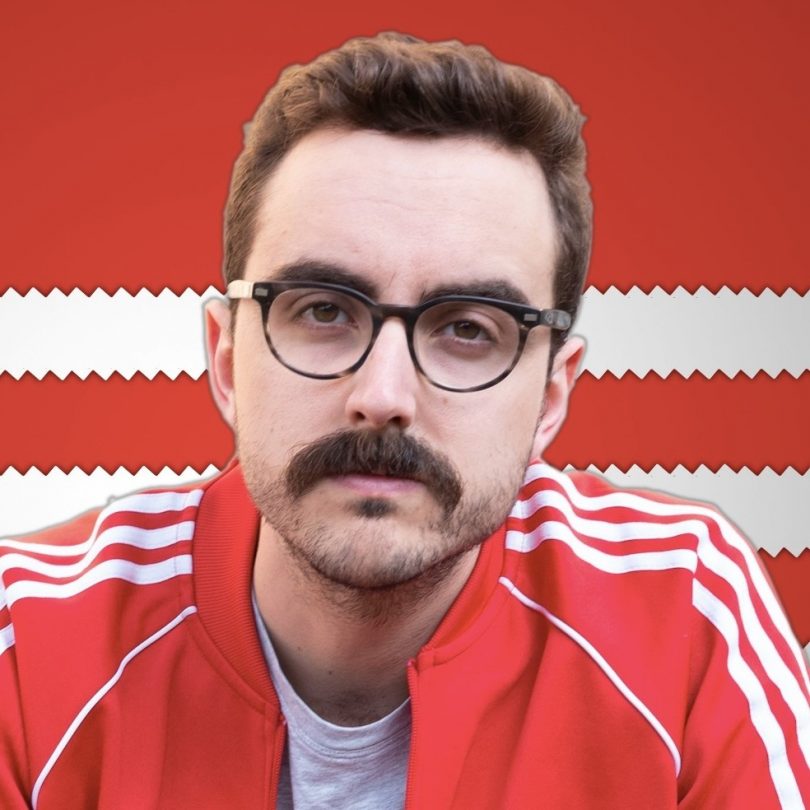 UPDATE 24 June, 10:00 am: Due to the latest COVID-19 restrictions, this event has been cancelled. Check The Running Joke for future tours.

Daniel Muggleton, never seen without his trusty tracksuit, is set to bring a host of comedians to the capital later this month (26 June) for The Running Joke cabaret night.

Rated as Sydney’s number one comedy night on TripAdvisor, which Daniel describes as “heaps useful when Australia’s borders are shut”, this show will feature Sarah Gaul of Netflix film Hot Mess, Patrick Gee and Fady Kassa.

It’s hoped the show will become a regular occurrence in Canberra, where Daniel says the audiences are generally great “…which I’m not saying is because it’s otherwise a dull place, but… you know,” he joked.

Now, he can make Mooseheads quips seamlessly but says one difference is how switched on Canberra audiences are meaning the material has to be on something topical and relevant.

“The attention span for COVID-related jokes is running low, especially in places that have been lucky and haven’t really experienced many cases.

“In Adelaide for example, they are still pushing buttons with their fingers over there – no elbow action happening at all,” he joked.

During last year’s shutdown, Daniel was lucky enough to continue performing, but, as he puts it, “not in an illegal, underground comedy ring”.

Instead, he turned to Zoom and says the weirdest thing about getting back on stage recently was being ‘hyper-aware’ of his legs all of a sudden.

But, he says no feeling can ever match live comedy with a real audience in front of him.

Daniel explains that The Running Joke operates differently to many comedy shows as only three comedians perform with longer sets.

His job is to emcee between the sets and warm up the audience somewhat – a job he’s well prepared for after a recent string of sell-out shows around Australia.

But it hasn’t always been this way. In fact, Daniel’s first few forays into the world of comedy “was so bad” that it took him two years to get back on stage.

When he did so, it was in comedy clubs in New York where he found himself at a loose end while visiting his girlfriend at the time who was working.

Upon his return to Australia, he decided to recreate a similar event as he had experienced in New York in Sydney,

He’s also clear that it’s not something he ever saw himself doing full-time because, as he puts it “I’m not a psychopath”.

Comedy has taken Daniel around the world and he recently spent a fair bit of time in London where he was able to perform to a wide variety of crowds across the UK, Ireland and continental Europe.

The size and scale of London and its population as well as the number of events and happenings blew Daniel away.

“It’s going to shock a lot of people but Australia is a very big country with a small population and the UK is the opposite. Comedy works well with lots of people in small spaces, so you could get around more.

“It was a pretty crazy experience – performing comedy to a Dutch or Italian crowd in English and seeing my jokes translate,” he laughed.

READ ALSO: The Sandman creates art to heal from tragedy

Fortuitously, Daniel and his partner returned to Australia in December 2019 – not that he wants to say that he nailed the pandemic or anything.

He says a question that he gets a lot of the time is how he copes when things go wrong – or jokes don’t go down the way you expect on stage.

As Jerry Seinfeld puts it, “would you ask a cab driver who has been driving for 20 years what they do when they take a wrong turn? You just get on with it, keep going round.”

His most recent ‘bomb’ was at a silent disco in Melbourne where everyone wears headphones to hear the comedy.

“It was eight or nine minutes of silence where I could hear the feedback through the headphones while nobody laughed,” he said.

And he still doesn’t know what he did wrong.

Catch The Running Joke at The Cultural Centre, Kambri at ANU on Saturday 26 June.

Kerry Jackson - 4 minutes ago
But how stupid is it that you can still do 50 and 60 through the suburbs where we live View
JC - 43 minutes ago
Think you answered your own question in the last sentence. No 40km/h zone will stop stupidity, but what it will do is reduce... View
Steven Gay - 1 hour ago
I hoped for a metro with underground passages and facilities. Tokyo metro stations are a world class in itself.... View
Community 2

MERC600 - 15 minutes ago
Some Aussie slang is of the rhyming type, but thankfully not all. Like 'me lappys cactus" or ankle biter, and buckleys chance... View
John Moulis - 50 minutes ago
The radio stations in Sydney went crazy with this a few weeks back. It was some of the worst radio I've ever heard. Rhyming s... View
News 4

JC - 47 minutes ago
What nonsense. And this coming from someone who lives in the fat north, probably as far away from Garran as you can get and s... View
54-11 - 3 hours ago
This is a very poor location for a major regional hospital, and successive administrations have allowed ad hoc random develop... View
Community 111

Audrey Gildea - 1 hour ago
Sophie Gildea good news View
Ruth Fearnside - 2 hours ago
Such a good ending! Thank you for covering this story in the RiotAct. View
Food & Wine 26

Rob Tozer - 6 hours ago
They "patched some on Southern Cross Drive last week. Holes back again this week. West bound on Southern Cross from Coulter D... View
Meegan Ward - 8 hours ago
Pot holes are everywhere.with such a heavy downpour recently it's no wonder. From Gungahlin, Woden, Tuggers too.. View
Shannon Canavan - 8 hours ago
Mary Edmond the 🤬 potholes!!! View
News 3

Richard Willcoxson - 8 hours ago
What’s the outlay on the batteries? View
Property 1

Canberra's wet winter continues to wreak havoc on the ACT's roads, with crews scrambling to keep up with the number...
Opinion 42

@The_RiotACT @The_RiotACT
Are you going to the #snow this year? Snow cover at high-country resorts is the best in decades, but they're "practically begging" for visitors https://t.co/jbTMXb78OI (26 minutes ago)

@The_RiotACT @The_RiotACT
Canberra Liberals MLA @markparton has apologised for posting a TikTok video showing him adjourning the Assembly and then eating KFC https://t.co/uEwrhlV8zL (1 hour ago)