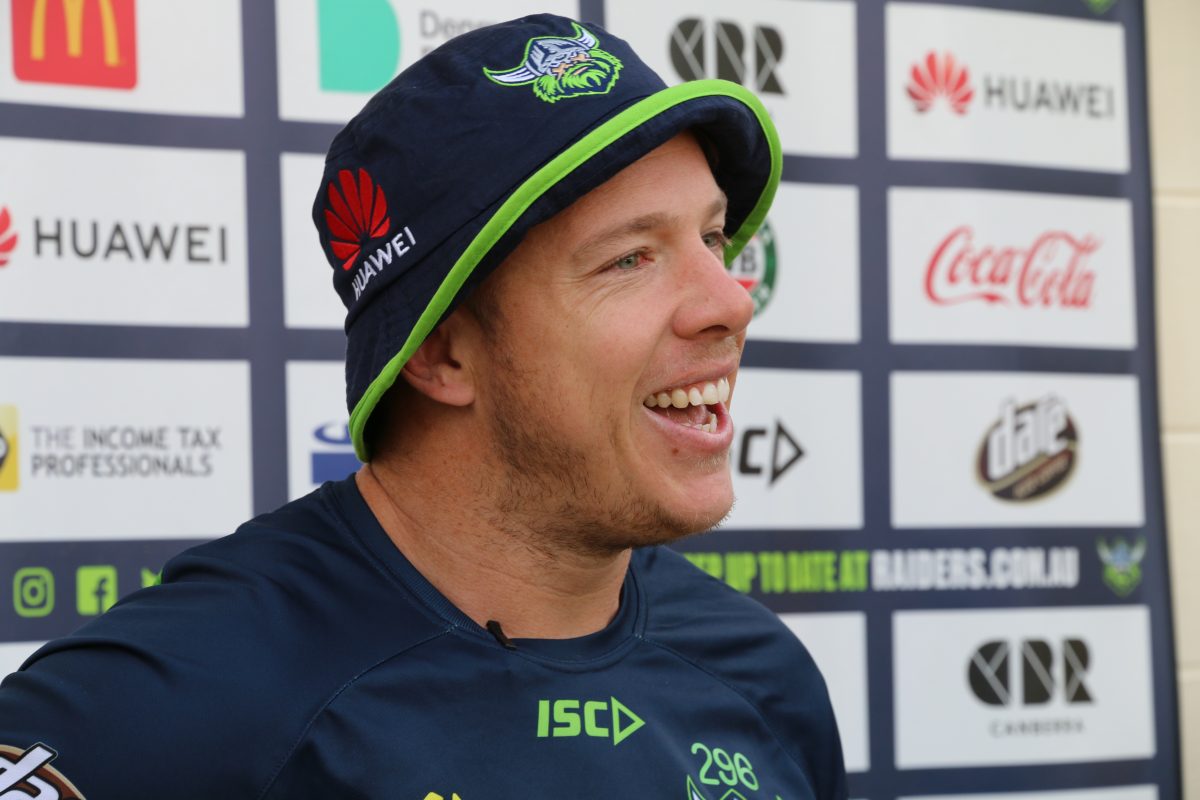 At just 31, there might still be some football left in Sam Williams. Photo: Region.

Sam Williams was a crowd favourite: small in stature, but with a heart the size of Phar Lap. He put his body on the line time and time again. He was also incredibly articulate and a dedicated player.

Sam played 107 NRL games – 103 with the Raiders and four with the Dragons. He also played 40 games in the UK Super League, but he will be forever associated with the Green Machine.

It all came to an unheralded end a few weeks ago at Canberra Stadium. There was no fanfare at the time as he walked off the ground after a NSW Cup game.

The only tell-tale sign for me was that he was last off the ground, spending plenty of time with his wife and seven-month-old son.

It would be his last game for the Raiders, with the news announced a couple of weeks later.

How it came to that point says plenty about Sam Williams.

“Ricky and I have a relationship where we talk a lot about everything. It is not confined to football,” says Sam.

“We chatted about when the best time was to go given I wasn’t in the club’s plans for next season.

“Given I wasn’t going to be around in 2023, I thought now was the right time to walk away to allow younger players an opportunity to showcase their wares and hopefully secure a contract for next season. Also, if the club wanted to sign another player before June 30, it gives them time.”

He could have played out the season but wanting to give a younger player an opportunity says a fair bit about Sam Williams.

Already there has been interest from the UK Super League.

“There has been interest from overseas but it has to fit in with the family. They are every part of the discussion.”

Williams grew up playing rugby league as a kid in Cooma. He was talent-spotted by a Raiders recruiter at the time, Dave Hamilton. He played in the juniors at Canberra before hitting the NRL.

“I’m pretty proud to have played over 100 games in the NRL. I never saw training as a chore. I enjoyed training and playing.”

With this philosophy, whatever happens, he reckons he will be playing rugby league. He simply loves the game: “I’ll still have a game of footy somewhere, regardless of whether it’s professionally or locally.”

After spending over a decade in professional sport, he says the skills he has learned could be an entree to the world outside football.

Whatever happens in the future, suggesting Sam has left a positive impression not just in football but the wider community is a significant understatement. He continues to play above his weight.

Sad to see him go. When he started playing in the U20’s & former Premier League, he was dynamite, that little show and go, heaps of tries. Pound for pound, one of the Raiders’ finest. All the best to you & your family, Sam!

Gorgeous young man. Always has been since he was a little tacker 💖 Good luck and best wishes Sam and family 🤗🥰