The traffic lights are banjoed 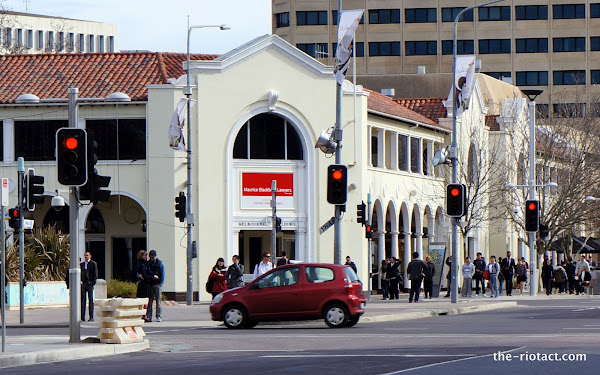 If you thought the traffic lights weren’t syncing up as they should it turns out Territory and Municipal Services are having a spot of bother:

The ACT Government wishes to advise motorists and other road users that the ACT traffic light network is currently experiencing some technical problems.

Individual intersection traffic lights are operating as per normal but they are not currently synchronised with the wider traffic light network.

The problem is being addressed as a matter of priority.

The ACT Government apologises for the inconvenience.

The ACT Government wishes to advise motorists and other road users that the ACT traffic light network, which was affected by a technical problem earlier today, has now been fully restored.

All ACT traffic lights are now operating as per normal and there should be no delays as a result for the afternoon peak traffic period.

Today I turned into Melrose Drive from Botany St and crossed Hindmarsh Drive without a red light.

Pull the other one…

Negotiating Wentworth Ave between Cunningham and Telopea Park is so frustrating especially during non-peak hours.

Today I turned into Melrose Drive from Botany St and crossed Hindmarsh Drive without a red light.

No more synchronising the next light going red just as the one you’re at goes green? Travel times around town will plummet … Belco may even become navigable. Until they “fix” it.

It’s taken them this long to realise this? I’m
pretty sure they have been stuffed for the last 24 or so years…

No more synchronising the next light going red just as the one you’re at goes green? Travel times around town will plummet … Belco may even become navigable. Until they “fix” it.

Not in synch? So what else is new?